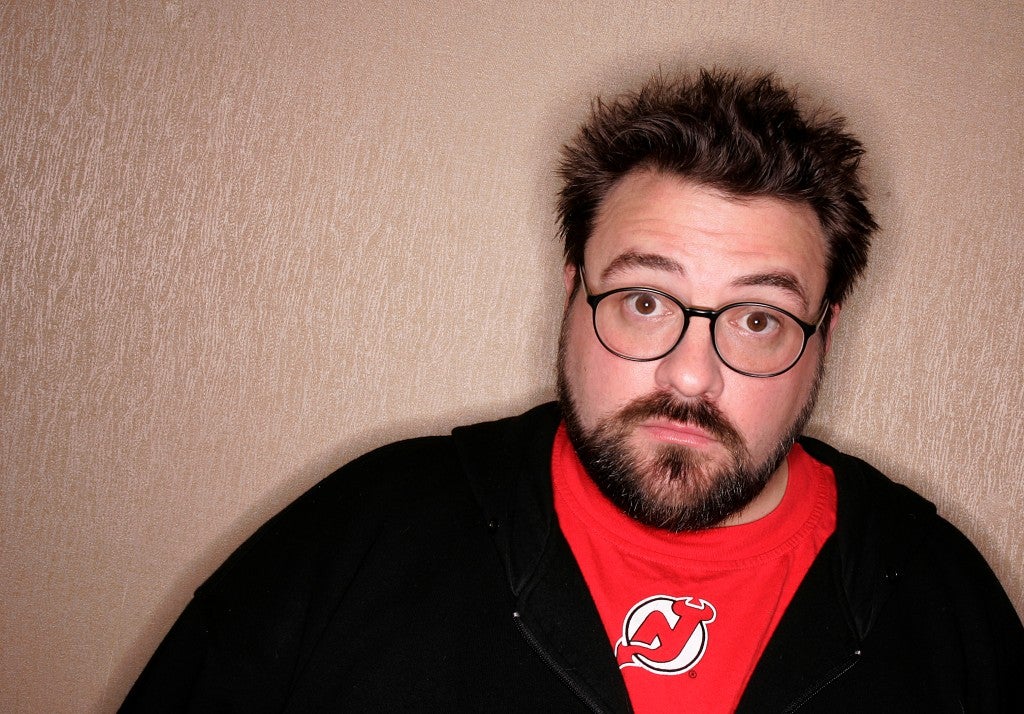 If Kevin Smith could choose one film franchise to reboot, what would it be?

Why, "Jaws" of course. The "Clerks" and "Mallrats" creator is so excited by the thought of a 21st "Jaws" installment, that he concocted a pitch for director Stephen Spielberg via The Wallstreet Journal.

When asked how he would visit Amity Island in a gripping and original way, Smith offered this idea:

"You set it in the present, and you use a hurricane, and you flood the town. Then the shark is in the town. Not just in the water. Because, again, on the land you’re fine. But all that imagery from Hurricane Sandy, of houses underwater — add a great white shark. There’s your “Jaws,” modern-day “Jaws.” Because then you gotta be on a rooftop. A shark could come into your house, dude."

It would certainly give "Disaster Movie" a entirely new meaning. But Smith made it clear that only Spielberg, the director of the original "Jaws" film, could helm it. Smith referenced "Jaws" as one of his all-time favorite films, praising Spielberg and his first major blockbuster. In fact, Smith was so serious about wanting another Spielberg-helmed "Jaws," that he vowed to retire should the director bust out "Bruce" just one more time.

As Smith made clear to The Journal: "You know how to get me to quit filmmaking? Steven Spielberg comes back and makes another 'Jaws,' I will lay down my director cap, my beret, if you will. That’s a closed circle for me. That’s the man that captured my imagination in the first place, sitting in a drive-in, watching “Jaws” from the backseat of my parents’ Ford and being terrified."

Kevin Smith Pitches His Vision for a "Jaws" Reboot