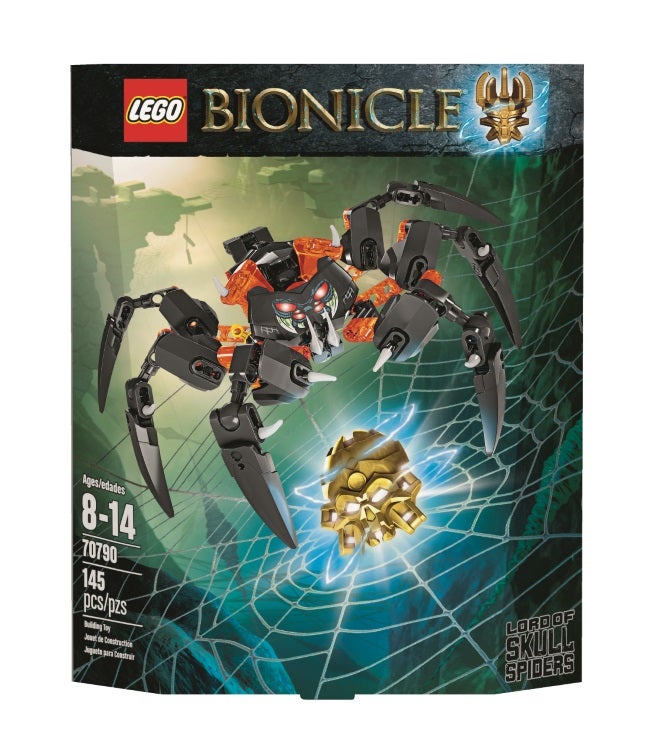 "We are thrilled to announce the relaunch of the LEGO Bionicle franchise, which was one of our most popular LEGO franchises and our first 'constraction' or constructible action figure line," said Michael McNally, Senior Director of Brand Relations, The LEGO Group. "We are eager to introduce and immerse a new generation of children in this rich character-driven world and can't wait for fans of all ages to interact with the new story."

The new storyline takes place on the mythical island of Okoto, where the forces of darkness are on the move and the evil Makuta is once again materializing. He is overcome by the desire for the three mythic masks that will cast the world into darkness - the Mask of Creation, the Mask of Control and the Mask of Ultimate Power.

The desperate island inhabitants enlist six heroes - each masters of a sacred element - called the Toa- to help save their beloved island. The Toa must embark on a quest for Okoto's ancient power masks that will allow them to unlock the full potential of their elemental powers. Only when the heroes are united, will they be able to battle the forces of evil, defeat Makuta and save Okoto.

The LEGO Group will offer a variety of exciting new LEGO Bionicle sets from each of the different factions, ranging in price from $9.99 - $19.99 each:

Patrol the entrance to the ancient city with the monstrous Lord of Skull Spiders!

Protectors wanting to unlock the secrets of the city will have to get past this evil-eyed, 6-legged creature first. And the Lord of Skull Spiders has its own secret weapon – pull the rear lever to grip and crush anyone who gets too close! Combine with buildable LEGO® BIONICLE® Protector and Master sets for thrilling good vs. evil battles.