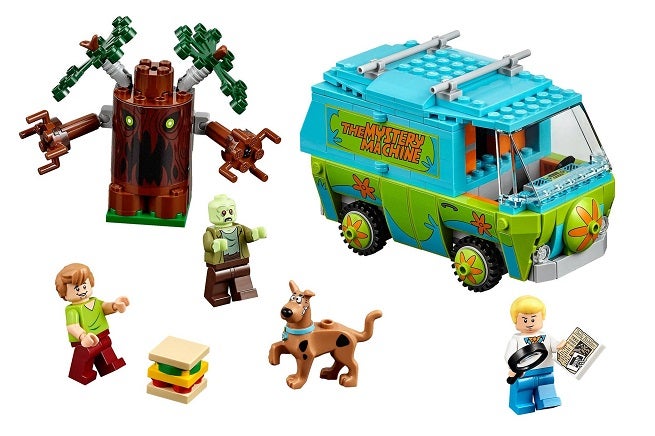 We figured we'd take a quick look at the sets, since everybody loves Scooby-Doo. That top one was simple enough, since we've already seen the Mystery Machine back when they first announced the sets were coming. The zombie, Fred, LEGO sandwich (!) and tree-robot-thing are kind of cool add-ons, though. 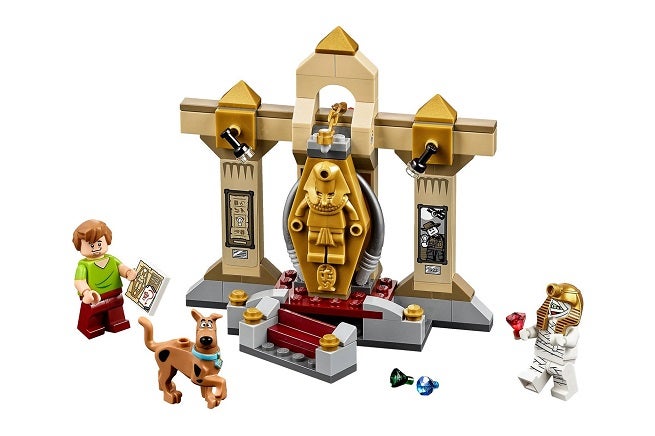 Next we get a pretty basic set. Scooby-Doo and company have come across mummies before, so this was likely a pretty easy idea, where all they had to do was make a version that was more LEGO-friendly by adding the headpiece, accessories and the like. 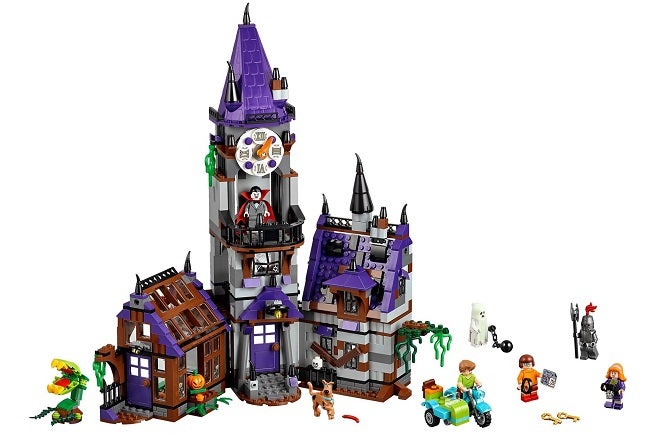 And once we've got zombies and mummies covered, of course we have to have a vampire -- especially since he comes with such a common-sense setting for an awesome LEGO set. We also get...hey, wait...did they parts the Mystery Machine to make a motorcycle? Not cool, Shag. Not cool.

...But, hey. At least you get Seymour from Little Shop of Horrors. 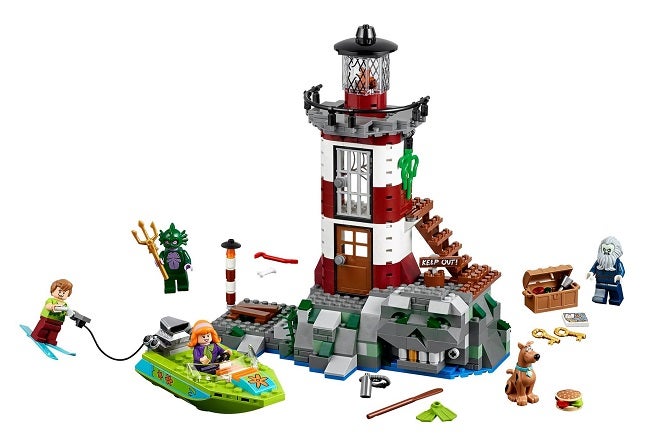 There's a Mystery Machine boat? I mean...they have to be just buying multiple vehicles with that same design aesthetic, right? You can't even MAKE a seaworthy boat out of a VW microbus or whatever the heck the Mystery Machine is supposed to be. Weird.

OH! And, uhh, ghost pirates. Also, what seems to be a Brand X version of DC Comics' Ocean Master. Cool! 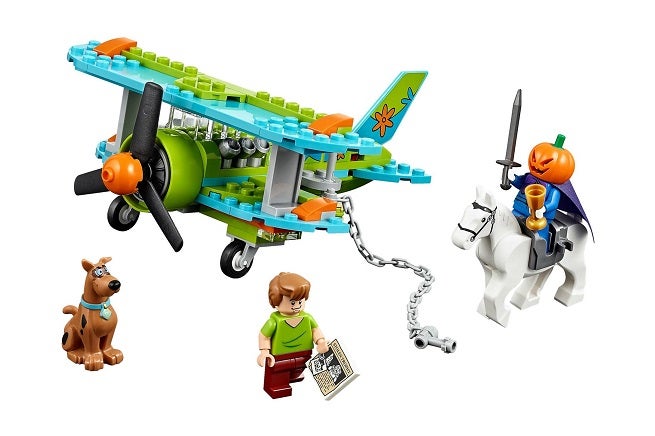 WHAT IN THE NAME OF ALL THAT'S HOLY IS HAPPENING HERE?!

How can they possibly afford an airplane?!

And who's flying it? There's no Fred of Velma in this set. Do you mean to tell me that a slacker like Shaggy has his pilot's license? Or maybe it's the dog.

Anyway, there's the headless horseman, which is pretty awesome. Although it looks like he's carrying...is that a bong? Geez, somebody get this guy some Scooby Snacks, stat!

In all seriousness, these are pretty sweet, even if the decision to have newspapers and stuff in every set is a little baffling. The LEGO food is inspired and the choice of monsters is spot-on.

The sets are due in stores in August. Below, you can check out a full-sized gallery of images released via LEGO's Facebook page.