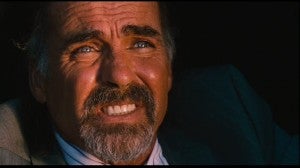 , J.J. Abrams's new NBC drama, has already seen a handful of big name TV personalities sign up to join in when the lights go out next month--and we've even see some former Abrams favorites and Lost castmembers. So it's probably no surprise that Jeff Fahey, who played Frank Lapidus on Lost, will join the show as a guest-star this season. According to TV Line, Fahey will appear in an early episode; nothing is known about his character except that he's called Hutch. Fahey has filled the time since his last recurring TV gig with a number of small parts in movies and guest appearances on TV series, including Chuck. He appeared in Robert Rodriguez's Machete. Revolution, which is currently filming in North Carolina, will premiere on September 17 on NBC.