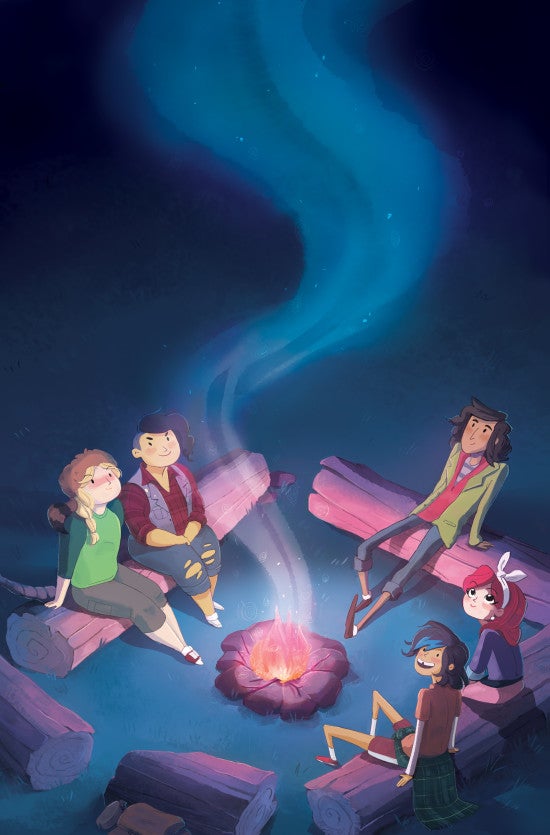 #1, one of the most buzzed-about comics of the year, has sold out at the Diamond Comics Distributors level and will head back for a second printing, BOOM! Studios announced. Written by Noelle Stevenson and Grace Ellis, co-created by BOOM! Studios editor Shannon Watters, with art from Brooke Allen, Lumberjanes is a quirky series about five girls kicking butt at summer camp that was recently upgraded to an ongoing series due to the overwhelming response from fans. Jo, April, Mal, Molly, and Ripley are five best pals determined to have an awesome summer together...and they're not gonna let any insane quest or an array of supernatural critters get in their way! Not only is it the second title launching in our new BOOM! Box imprint, but LUMBERJANES is one of those punk rock, love-everything-about-it stories that appeals to fans of basically all excellent things. Comic book fans should bear in mind that first printings of Lumberjanes #1 may still be found at the local comic shop nearest you, which you can find using comicshoplocator.com or findacomicshop.com. Of course, digital copies available via ComiXology also never sell out. "Rushing to a second print on Lumberjanes was the easiest decision we've made since...publishing Lumberjanes," said BOOM! Studios Editor-in-Chief Matt Gagnon. "Now that the series is ongoing it's even more important to us to make sure the first issue is widely available for retailers and fans." Lumberjanes #1 second print ships with a new cover by Chrystin Garland and carries a retail price of $3.99 with a Diamond Code ofAPR148175. It is anticipated to be in stores on June 11th.

Need for Speed 2022's Multiplayer May Be Bigger Than We Thought

Miro on His Decision to Re-Sign With AEW, His Awkward First Few Months With the Company