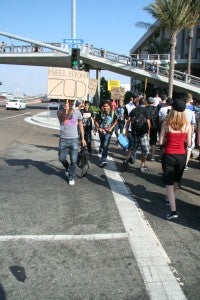 It's such an iconic catchphrase from General Zod's appearance in Superman II that it was parodied in Mallrats ten years later and appeared on Smallville more than ten years after that, but Man of Steel villain Michael Shannon promised in a VH1 interview today that "Kneel before Zod!" will not be uttered in the upcoming Zack Snyder reboot.

"He's just trying to do his job, just like anybody," Shannon is quoted as saying of Zod, after VH1 teased "exclusive footage" and then screened a thirty-second clip of his first film, the Bill Murray comedy Groundhog Day.

What do you think? Is that one line a deal-breaker? Is it really key to his character, or is a guy who's "just doing his job" logically not going to say something so self-aggrandizing?