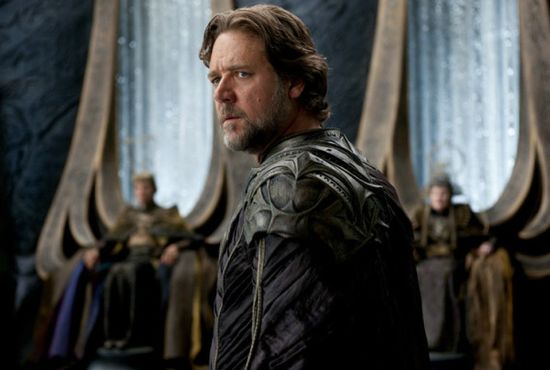 As a kid, Snyder thought Heavy Metal was the most awesome thing ever. In fact, when he later started reading regular comic books, he said he wondered, “When are they going to have sex with each other and start killing?”

Host Kevin Smith also brought up wanting to see Krypton prequels, which is something many fans have suggested. While we missed it on our first viewing, if you watch the replay embedded below, director Zack Snyder actually reveals that Russell Crowe wants to do Krypton prequels right now.

“Now I just want to see Krypton prequels,” said Smith. “Plus I would just watch Russell Crow be Jor-El forever.”

On Twitter, Russell Crowe previously had directed fans to contact the studio if they were interested in seeing a Krypton prequel, but he kind of played it off like he was just responding to being asked the question repeatedly.

However, Zack Snyder’s comment certainly makes it sound like Krypton prequels are something that Russell Crowe is actively campaigning for and has talked about. If Crowe is actively interested and wanting to move forward, it’s hard to imagine that Warner Bros. won't at least seriously consider the possibility as a way of expanding the franchise. Of course, it might be awhile before a Krypton prequel moves forward, since Zack Snyder is currently busy with the Man Of Steel follow-up Batman Vs. Superman.