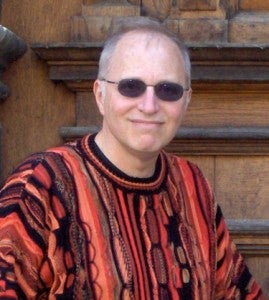 Veteran comic book writer Marv Wolfman was in attendance at the fifth annual Geek Media Expo in Franklin, TN this past weekend. The convention held a spotlight panel for the writer where he discussed his career and answered questions from fans. He started of by describing how he entered the comic industry:

"I got into comics because, essentially, I'm lazy," said Wolfman "and that's almost not a joke. I was about 6 or 7 at a friend's house and we were watching a TV show called Howdy Doody, which was a stupid name for a show, but its real...and at the end of the show, before remote controls, you'd have to get up and change the channel...we were too lazy to get up after Howdy Doody and the very next show was The Adventures of Superman on NBC. We just couldn't believe the show. Both of us got up and walked to the corner where there was a newsstand and bought our very first comic book. One of us got Action Comics and one of us got Superboy. From that day on it was a love affair with comic books. A couple years past and I was able to do fan magazines, which today would be called the internet...and that's how I got into comics fandom, by selling fan magazines that I wrote and drew. Eventually someone at DC saw a story in one of my fanzines, which was a horror fanzine called Stories of Suspense, and asked if I'd like to write any stories for House of Mystery or House of Secrets and stuff like that. And the rest goes on from there."

A fan asked about what was going on behind the scenes at DC Comics during the creation of Tim Drake. Wolfman said that the Batman creators had asked him what he would do to create a new Robin.

“My idea was, first, it should be a character that liked being Robin, but didn't necessarily want to be Batman, who saw Dick Grayson at the circus performing these incredible acrobatics that really were phenomanal and really rooted in his head at a young age because [Grayson's] parents died. A nightmare scenario like that just got absolutely imprinted into Tim's head. The acrobatics that Dick Grayson did really stayed with him, so that when he saw Robin pull the same exact acrobatic maneuver, it connected back to his childhood nightmare of parents dying and seeing Dick Grayson do that. So he figured out that Dick Grayson was Robin and then figured out the rest, and he just loved Robin. I wanted him to have a family, I didn't want him to be another ward of Batman...I just couldn't buy that that would be acceptable today. I wanted him to have his own family, I wanted him to have his own personality, and I wanted him to be exceptionally smart.”

Wolfman was asked about plans for the animated film adaptation of his Teen Titans story, The Judas Contract.

“There's always plans to turn Judas Contract into one of the animated movies. Tom DeSanto and I wrote a screenplay for it and at that point Warners decided that Titans really wasn't big or well known enough for that sort of expense. They primarily center on characters that are in big movies and are well known. I was glad that the movie was killed, not so much because I didn't want to have a Titans film, but I never thought that the Judas Contract should be the first Titans film. I saw it as a trilogy. I saw the first involving Deathstroke and the Hive, the second one as the Terror storyline, and the third one using Brother Blood and Trigon, with Trigon making guest appearances in the other movies as he's being lured into our dimension. For me, the Judas Contract is about having a strange new character enter a group that you're very familiar with...and then she turns into a traitor. But, if you don't know who the original group is, I think it has less impact. I would have preferred it as the second of a Titans trilogy.”

Wolfman was asked by a fan about his experience writing and creating minority characters.

“Even earlier than Blade, we wanted to introduce a black character into the original run of Teen Titans. It was drawn, it was all illustrated, and at the last moment that issue got killed, for all sorts of reasons. I wasn't in the office, so I'll just say that the book got killed, with DC's first black character. So, I was always determined that the next character I created would be a black character. I lived in New York City, I went to the High School of Art and Design, which brought kids from every one of the buroughs of New York. It wasn't like you were just going to high school with the kids in your neighborhood. Every kid who had any art talent whatsoever came., so it was standard operating procedure that kids of every ethnic group were in that pool because they all were going to be artists. So, we just couldn't understand why there weren't any black characters. Why weren't there more asian characters in comics? I'm Jewish, and I think I've written maybe two Jewish characters in my entire life. Why weren't there all different types of people in comics? So, with Blade, my determination was that he was going to be a black character and later, with Cyborg, because I was determined to get one at DC. As far as writing it, I had a major problem with a lot of black characters that were around at the time...Why should Black Lightning or any other black character have the word black in his name? There's no comic book being published called White Superman or White Batman. It offended me that only the black characters were named after the color of their skin. So my determination was to not write them any differently from any other characters in the book. If Blade had any 1960s angst, which, of course, he did, its because his mother was killed, which is pretty angsty enough. I didn't think of it as trying to write the black experience any more than trying to write the white experience, I was trying to write the vampire hunter experience.”

Marv Wolfman Talks Tim Drake, Writing Minority Characters, And Why He Was Glad the Judas Contract Film Was Cancelled