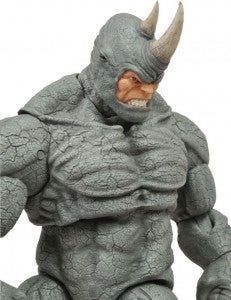 In January 2013, Diamond Select will be releasing a brand new action figure of one of Spider-Man's classic villains. The Marvel Select Rhino action figure will be released only in comic book shops and toy specialty stores. Rhino was designed and sculpted by Gentle Giant. The Rhino action figure stands nearly 8.5 inches tall with 16 points of articulation. Rhino is packaged in Diamond Select's familiar Select-style packaging, which makes it easy for shelf and wall display. Check out the Rhino photos below which show both the front and the back of he packaging. 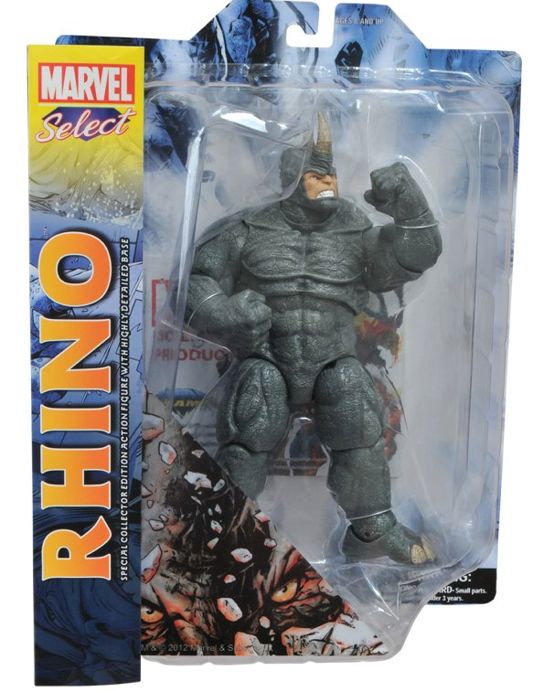 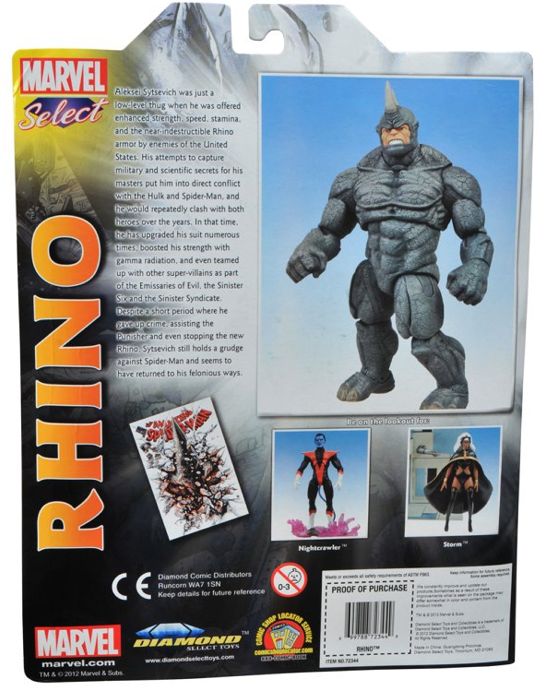