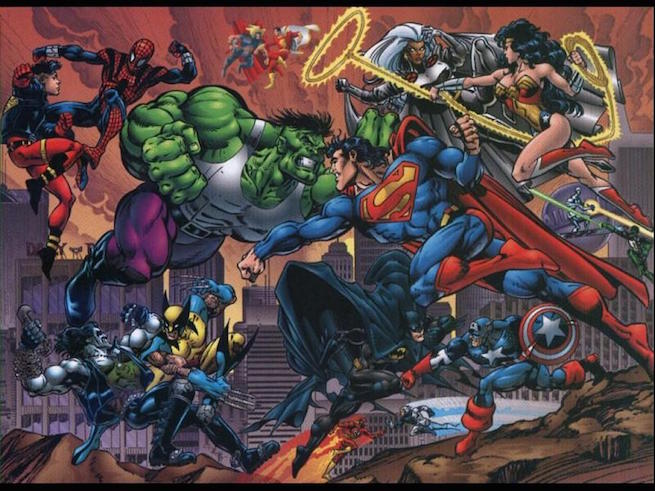 Exactly what would happen if the heroes from the live action adaptations of DC and Marvel clashed?

The following video makes a strong case for at least one possible outcome, and said outcome is epic.

This crossover short was edited and presented by Alex Luthor. Not to be mistaken for the founder of Lexcorp (we're not sure, we're still investigating), Luthor is no stranger to epic comic book mashups or epic videos.

Earlier this month, he debuted this fan trailer for the highly anticipated Suicide Squad film:

In the comics, Marvel and DC characters (or at least in some cases their alternate dimensional counterparts) have crossed paths on several occasions.

In 1996, the limited series DC vs. Marvel was released. Written by Ron Marz and Peter David, the event witnessed comics biggest icons battle it out to save their respective universe.

The crossover also witnessed the birth of the Amalgam Universe which was inhabited by merged versions of many of the heroes such as Dark Claw (Wolverine and Batman) and Amazon (Storm and Wonder Woman).