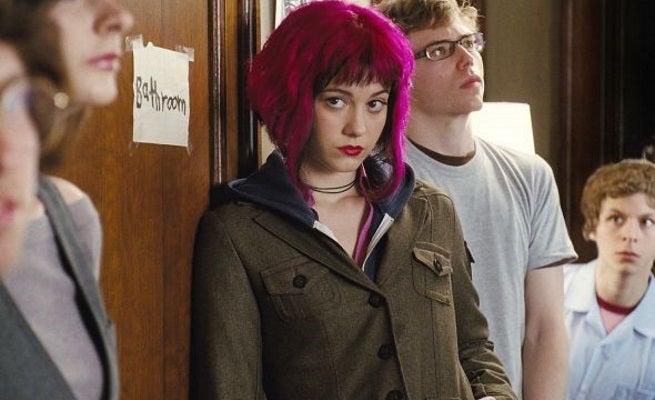 Mary Elizabeth Winstead was a guest on a recent episode of Larry King Now, and she spoke a bit about her role as Ramona Flowers in Edgar Wright's 2010 film adaptation of Scott Pilgrim vs. the World.

The movie was a box office disappointed, in spite of positive reviews, only finding its audience as a cult film year or so later.

"It was just one of those things where, for whatever reason, it didn't connect at the box office," WInstead says. "It was sort of too weird, and unique, and unlike anything else, and people didn't really know what to make of it when it first came out."

Winstead goes on to say that, with Bryan Lee O'Malley's Scott Pilgrim being a huge success as a graphic novel and the film's sizable budget, the expectations for the film were high.

"The expectations were that it should make a lot of money, and it should do really well," she says, "so when it didn't, I think we were all a little bit surprise. But its been kind of cool to have it grow…it's just a really good film…I don't' think they understood what it was…it's a visceral experience."

Winstead played opposite Michael Cera as Scott Pilgrim. The quirky action-romance-comedy movie pits Scott against Ramona's seven evil exes in order for him to win the right to date her.

Mary Elizabeth Winstead Talks About Her Role In Scott Pilgrim Vs. The World