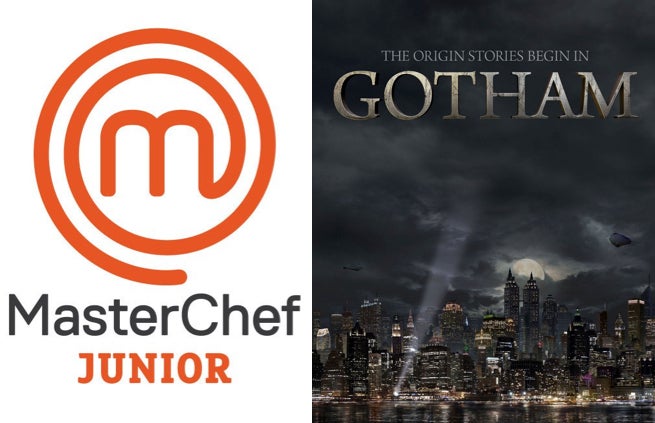 Here's one Gotham fan who takes his viewings seriously.

Fellow FOX star Logan, a contestant on Masterchef Junior, prepared a Wayne-worthy meal in honor of Gotham's mid-season finale on Monday night. To celebrate the show's special occasion, Logan, who's only 11 years old, prepared squid ink pasta with mussels and clams, an escargot appetizer, and a chocolate ganache cup dessert. Dang, we doubt even Alfred Pennyworth could pull off a meal like that. Logan even went as far as to dress like an aristocratic Wayne, complete with a dinner jacket and bow tie.

As a current contestant on Masterchef Junior, Logan prepares gourmet meals against other children his age in a cooking competition show. The show is judged by celebrity chefs Gordon Ramsey, Graham Elliot, and Joe Bastianich. Logan is one of this season's eight finalists, so you know he's good. But to be honest, if Logan truly wanted to make a meal that honored Bruce Wayne, he just would have blended a Soylent shake. Batman doesn't have time for petty things like eating. You can check out Logan's five-star meal in his video below.

Gotham is currently on its midseason break, and will return to FOX on January 5th, 2015.