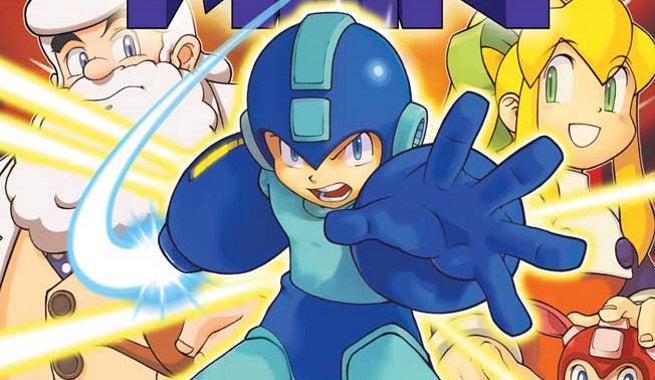 Dentsu Entertainment USA and Man of Action Entertainment are partnering to create a new animated series based on Capcom's iconic video game character, Mega Man. The 26-episode series has a target release date of 2017, to coincide with the Blue Bomber's 30th anniversary.

Mega Man was created in 1987, and has launched a franchise of over ten games in the main series alone. That's not counting spinoffs like Mega Man X and Mega Man Battle Network. The game's typically see Mega Man, a robot created by the benevolent Dr. Light, trying to stop the machinations of the evil Dr. Wily and his corrupted and dangerous robots, usually by using their own powers against them.

Man of Action is a studio made up of names that should be a familiar to comic book fans, such as Joe Kelly (Deadpool, I Kill Giants), Joe Casey (WildC.A.T.s, Cable), Steven T. Seagle (It's A Bird..., Uncanny X-Men), and Duncan Rouleau (The Nightmarist). Man of Action created Cartoon's Network's hit series Ben 10, and has worked on Marvel Animations' Disney XD programs, Ultimate Spider-Man and Avengers Assemble.

Mega Man Animated Series In The Works From Man Of Action