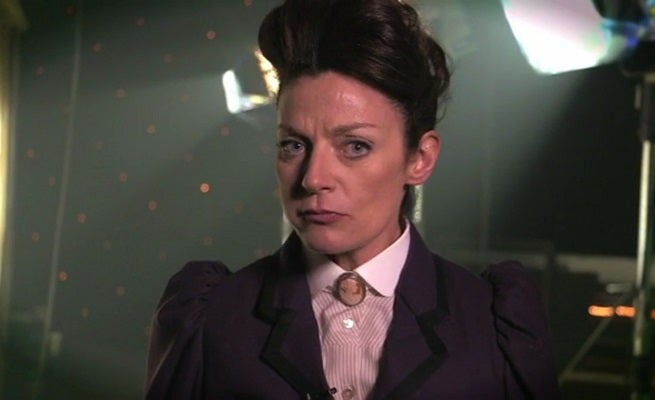 Gomez debuted as Missy in Doctor Who Series 8. She remained in the background for most of the series, working on her secret plan, before hatching it in the two-part series finale, "Dark Water" / "Death in Heaven." The finale where Missy was also revealed to be the latest regeneration of the Doctor's old friend/nemesis, the Master.

"Things have been a little beige since I left Missy behind," Gomez said on the BBC website, "so I'm delighted to be putting my Lippie back on. I'm positively dying to see the Doctor again!"

Missy will return in the two-part series premiere, beginning in "The Magician's Apprentice" and concluding in "The Witch's Familiar." Both episodes are written by executive producer Steven Moffat, and directed by Hettie Macdonald, who directed the Hugo Award-winning Doctor Who episode, "Blink."

"Everybody hide - Michelle Gomez as Missy was an instant hit last year, so she's straight back to plague the Doctor and Clara in the series opener," Moffat says. "But what brings her back into their lives is the last thing they'd expect."

Doctor Who Series 9 will also see the return of Jemma Redgrave as Kate Stewart, Chief Scientific Officer of UNIT and daughter of the Doctor's old ally, the Brigadier.

Michelle Gomez Returning As Missy On Doctor Who