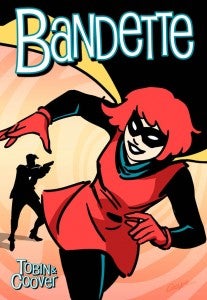 It looks like Independents’ Day comes early this year.

In the hours since Chris Roberson, Allison Baker and ComiXology announced MonkeyBrain Comics would launch on Wednesday, the company has been trending worldwide on Twitter, “just below Anderson Cooper,” according to a press release. (Cooper came out as a gay man today during an interview with the Daily Beast, putting an end to years of speculation about his sexual orientation.)

With a microscope on their endeavor—which has been called a kind of modern-day Image Comics built on the frustration creators are feeling with the helplessness they feel over projects like Before Watchmen and Marvel’s The Avengers movie—Roberson and company decided to launch their company two days early, and the five MonkeyBrain Comics launch titles are available on ComiXology right now for 99 cents per issue, excepting Amelia Cole and the Unknown World #1, which goes for $1.99.

MonkeyBrain Comics is a new digital-first comics company, an imprint of Roberson and Baker's MonkeyBrain Books and the end result of a flurry of activity that began when Roberson stopped working for DC Comics after a public falling-out over Before Watchmen. While many fans and some pros felt he was overly harsh on the publisher, many fans--particularly those working outside of DC--expressed support for the creator.

Per their new press release:

Expect a ComicBook.com review of all five launch titles to come early tomorrow, along with our official review of The Amazing Spider-Man, out at midnight tonight. More details on the launch and the titles MonkeyBrain is offering starting today can be found at the original link in this story's second paragraph.