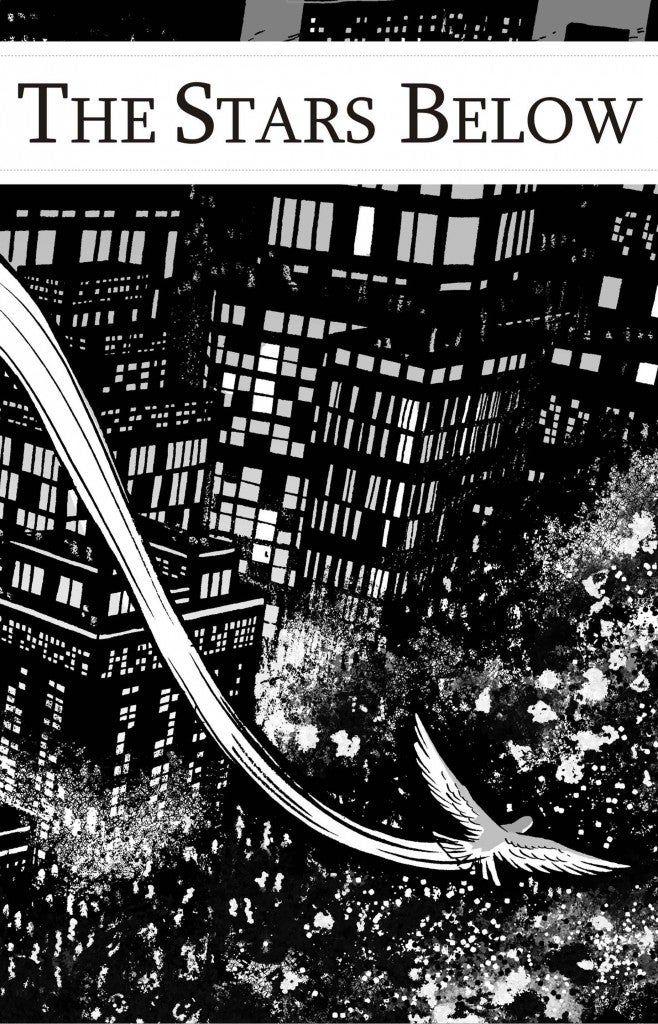 Monkeybrain Comics has provided ComicBook.com with a preview of The Stars Below, a new one-shot out tomorrow from the publisher via ComiXology.

It's the first digital one-shot the publisher has released, following on the heels of the Kurt Busiek-written Thoughts on a Winter Morning with artist Steve Lieber.

Written by Zach Smith, The Stars Below is a (nearly) all-ages one-shot drawn by Rich Ellis, who has worked with Monkeybrain's Chris Roberson on Memorial for IDW Publishing.

The Stars Below (one shot) $.99 – Ages 9+ – In the tradition of such tales as “Stuart Little” and “The Cricket in Times Square,” a young pigeon is literally swept into the Hayden Planetarium and is awed by his first-ever view of the stars. But when he finds you can’t see the stars from the streets of New York, he sets off on a dangerous quest to reach the city’s highest point — and realizes his dream in a way he never expected. Zach Smith, Writer Rich Ellis, Artist 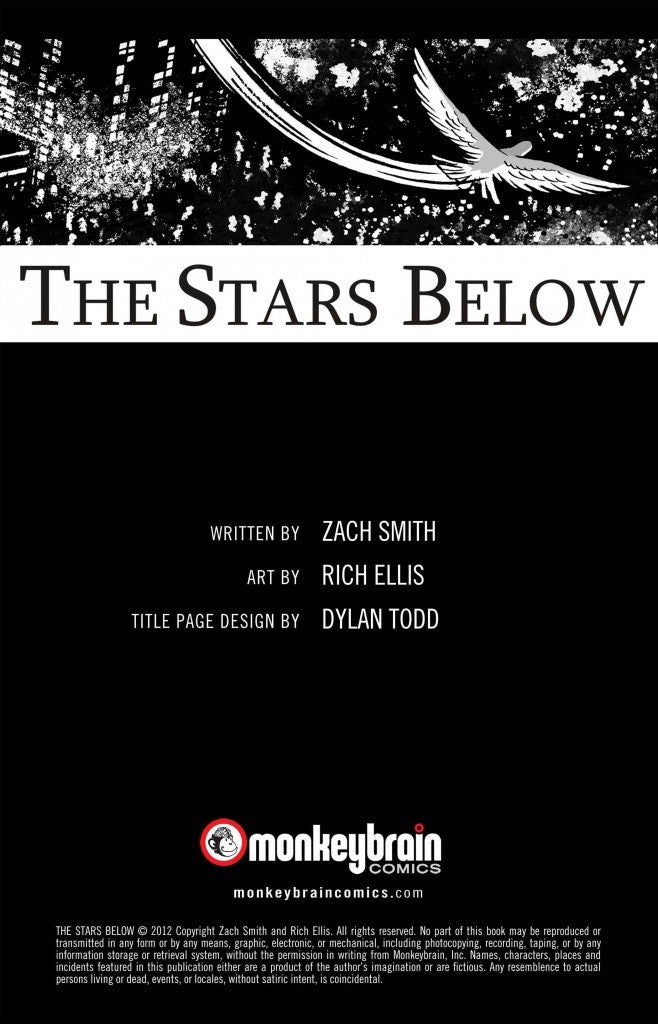 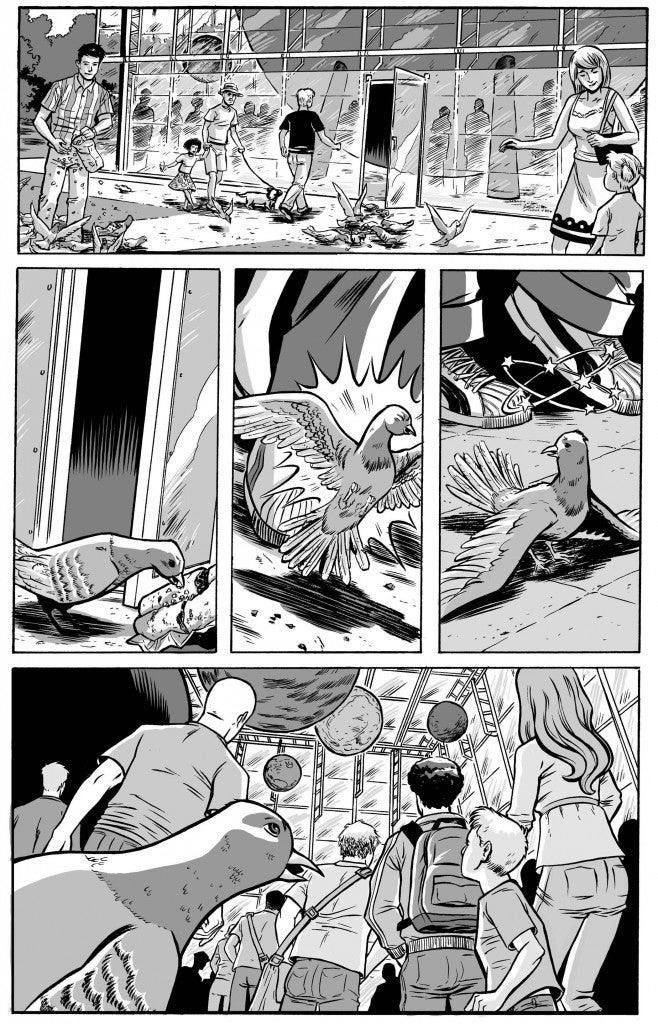 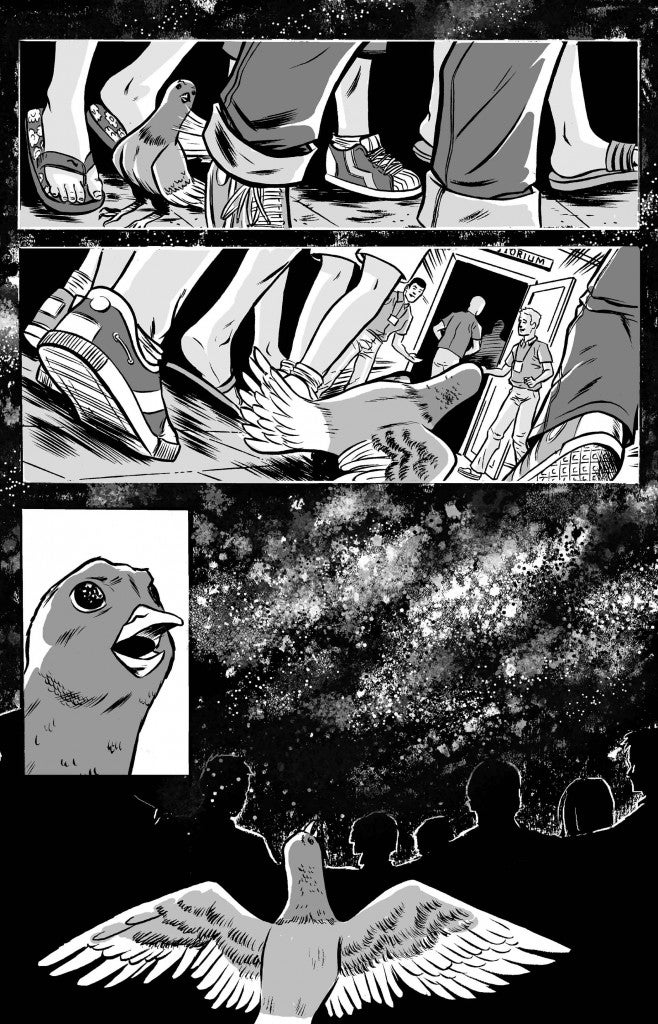 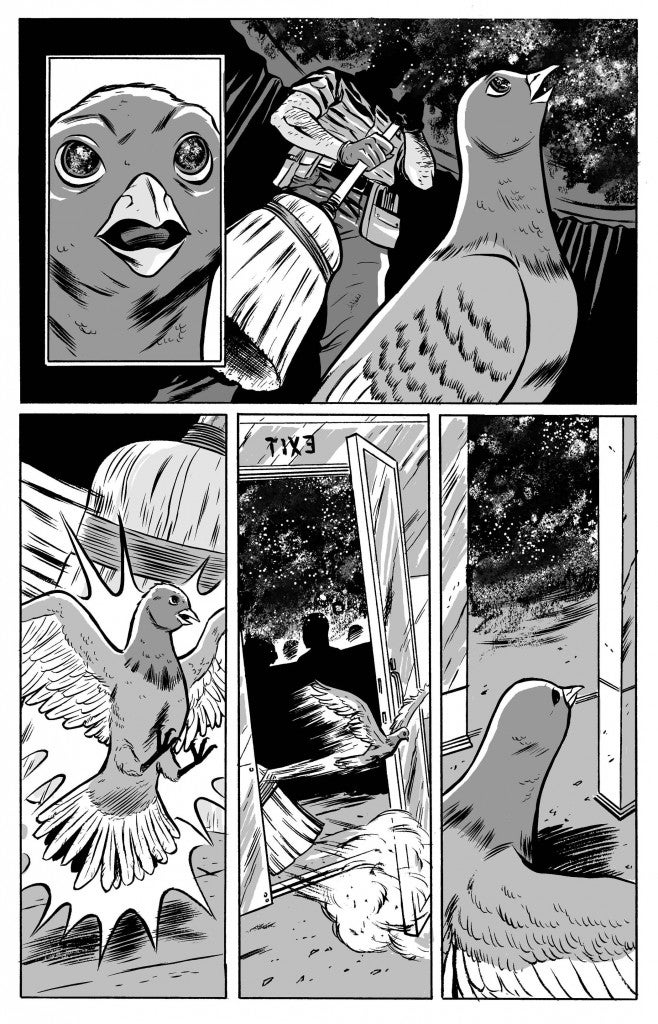 Monkeybrain Comics Preview: The Stars Below