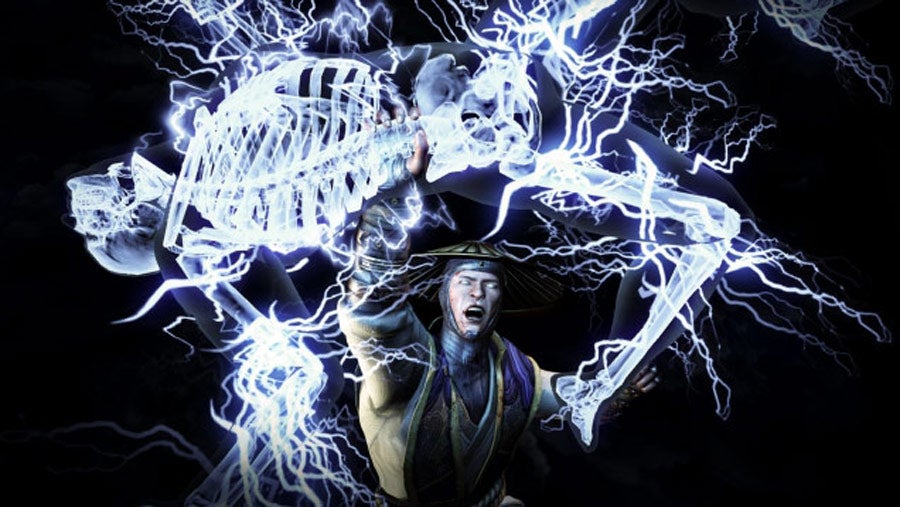 After the breakaway success of Injustice: Gods Among Us, it's time for NetherRealm to return to the franchise that built their company. With Mortal Kombat X, the studio applies the game-changing lessons learned from Injustice and 2011's Mortal Kombat, while also bringing the signature Mortal Kombat style back to the forefront. Ultimately, this game brings a violent new chapter to a story that, thanks to the new generation of fighters introduced, is just beginning.

The story plays a large role in Mortal Kombat X, with the single player campaign offering the deepest and most exciting turn of events for the franchise yet. After introducing the chaptered story mode in MKvsDCU and MK9, it seemed NetherRealm finally perfected the formula in Injustice. Indeed, they don't try to revolutionize anything here. Each chapter stars a different character, as you play out the storyline of Shinnok, the rogue Elder God, and his return to power. The game's timeline roughly jumps between the three years after MK9's events, 20 years after that, and five years before that. It sounds confusing, but X actually presents the time-hopping rather well. Easy to follow and exciting, the story is a blend of episodic TV with fight sequences you control, both in QTE-enhanced cut-scenes and full-class Mortal Kombat battles.

We won't spoil any plot twists here, but to be honest, they're relatively few and far between (stay tuned through the credits, though, is all we'll say). Mostly, the story is a straightforward coming-of-age tale for the second generation of Kombatants. Led by Cassie Cage (daughter of Sonja Blade and Johnny Cage), the team of Jacqui Briggs, Takeda (son of Kenshi), and Kung Jin (descendant of Kung Lao), take on the brunt of the work. That doesn't mean the classics don't get their due, though. Players also control Johnny, Sonja, and Jax with mainstays like Raiden, Sub-Zero, and of course, Scorpion.

You'll also jump into the more villainous characters' story, but in this three-way battle between Earth Realm, Outworld, and NetherRealm, it's often difficult to tell who is on what side. Though straightforward, the story ultimately holds your focus and is easy to blast through in a sitting, if only from a desire to know what happens next. As a player with only a casual knowledge of the overall mythos,whose primary relationship with the series rests in the earlier editions, it was fun seeing familiar characters now infused with tremendous additional backstory, and learning more about these relationships and realms.

One warning about the story: if you're a casual fighting game player, or relatively new to the Mortal Kombat series, this game gets very hard, very quickly. Playing on Medium may not be an option for the casual gamer, unless you greatly enjoy feeling frustrated. If you want to simply play and enjoy the story, while still having fun fighting and learning the moves of the core cast members, I recommend you opt for Easy or even Very Easy. The story is worth playing, and I'd hate to see series newcomers grow frustrated and quit – just go easy on yourself, and learn as you go; you can back out to the main menu and change difficulty up or down at any time during the story.

Visually, the game is simply stunning. The cutscenes seamlessly blend with gameplay, showing detailed characters whose injuries, especially when the powerful X-Ray combos are unlocked, are brutal. The fight choreography in story mode constantly excites, and showcases some of the most violent, visually explosive moments ever in the series. This game is as fun to watch as it is to play.

The cast, overall, is about a 75/25 split of old to new. The new characters offer some really fun variations on old themes, and even some brand-new concepts. Cassie, unsurprisingly, plays like a combination of her parents, even carrying some near-identical moves to each. Takeda, likewise, moves like a mix of Kenshi, his father, and Scorpion, his trainer. D'Vorah is the clear standout, though, with a moveset unlike anything ever seen in the Mortal Kombat universe. Her storyline is fascinating, and her fatalities are some of the grossest ever envisioned. My wife, who watched the story mode because it sucked her in so quickly, said after D'Vorah's sequence, "who even comes up with things like that?" So bravo, NetherRealm.

Jacqui was another surprise standout, playing like a faster version of her father. Her punches are brutal, but quick, and her special moves actually contain combos within them, making her an excellent character for beginners. As for the classics, thanks to the three variations of each character, you'll find something new with everyone. Yes, Scorpion and Sub-Zero remain two of the easiest characters to play, with the strongest moves and combos by a long shot. But it's clear from even just about 10-12 hours with the game that other Kombatants have much more variety, and experts with any character should find a lot to enjoy. Just playing the story unlocks some additional costumes and arena changes as well, continuing to expand on what you get right out of the box. 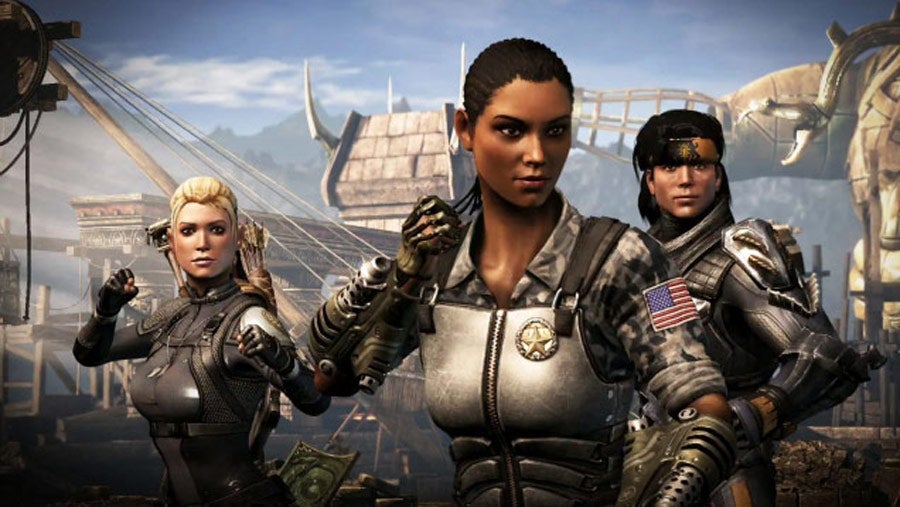 I can't talk much about the Faction War or online gameplay yet – both remain locked until the game's release on April 14, 2015. Faction War lets you choose from one of six in-mythos factions, gaining points through everything you do, whether it's story mode, practice, single fights, online battles, or towers. You're automatically teamed with everyone else in your faction, with special unlocks available as prizes for whichever wins each challenge period.

As for the towers, they come in three varieties: Traditional Towers, Living Towers, and Tower Challenges. The Traditional Towers include Klassic – 10 opponents at a difficulty of your choosing, along with tests of luck, might, and endurance. Living Towers are probably the most exciting addition, and a great component for fans who aren't quite up to competing in online battles but want to keep playing after the story is finished. In these, new challenges arrive hourly, daily, and in "premier" status (it could be a few days to a week or more, it'll change with each refresh). These are new challenges that have unique modifiers added each refresh. One hourly challenge includes "Just Kickin' It," where a jump kick attack inflicts more damage than other attacks. The next, "Don't Jump," somewhat reverses things, injuring you every time you jump in those matches. The other towers with longer refreshes also include modifiers or special objectives. Think of these as your dailies for MMO players or mobile gamers, now applied to a fighting game. It makes the game's challenges literally infinite, and gives you a reason to keep jumping back in.

Finally, the Tower Challenges are a way for you to compete in a multiplayer fashion while actually playing single player games. In these randomly-generated towers, you post a score, and your friends can tackle that same tower and try to out-perform you.

Overall, it seems NetherRealm decoded how to both make a fighting game with a great story, and also keep players coming back for more. While the learning curve is steep, its intention – making the game fun and challenging for all comers – is clear; as long as you can get over the stigma of playing on "very easy" if you must, that is. With so many fun new characters to master, longtime fans of the franchise may surprise themselves with how little they use their classic "mains" for the first several hours they play outside storymode. For newcomers, this also puts them on relatively equal footing, making it advantageous for both. If you've enjoyed any past Mortal Kombat games, or came into this style of fighter via Injustice, you'll find plenty to like here. If you're coming in completely fresh, go easy on yourself, but thanks to an engaging though slightly predictable story, you'll get pulled into these realms of combat easily. Mortal Kombat X is easy to recommend, especially in this quiet April, and has plenty to offer fans of all stripes.