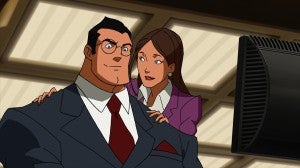 In a new interview with NCIS star Pauley Perrette, who plays Lois Lane in Warner Premier's upcoming direct-to-video/video-on-demand movie Superman vs. The Elite, Warner got the actress to open up about her own personal brand of geekiness and what's different about stepping behind the microphone to take on the iconic role, versus playing her over-the-top character on NCIS.

"When you’re doing voice work, and I said it right when I came in the door, I said, ‘I’m very obedient, and I will take direction,'" Perrette said. "Because the people who have written this, and the ones who have been 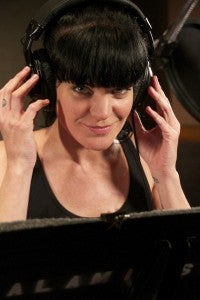 envisioning the animation in their head, they have such a specific concept on what they want, that it’s good for me to say, 'Give it to me. Give me every piece of direction you want. I’ll do it 10 different ways. Whatever you want.' It’s their vision, and I want to achieve that. If I get an idea while I’m doing a voice, I will offer it … 'Hey, can we try this?' But it’s still up to them."

The actress, who said her experience with the franchise began when, as a child, she had a crush on Superman, also told the interviewer that Lois Lane is an important role model for young girls.

"Lois Lane is an inspirational character because she’s a smart and powerful woman," Perrette said. "Even when she’s with Superman, she has no problem putting him in his place, and giving her opinion. It’s quite an honor to give voice to Lois Lane and be part of that legacy. My personal inspirations were a lot of the smart women throughout history, like Marie Curie and Eleanor Roosevelt and Amelia Earhart. Those are the ones that really inspired me. And the love of my life, Abraham Lincoln."

At the end of the day, though, she has heroic aspirations of her own. Perrette told Warner, "My geekiness is in science and math. So if I had an ultimate geek role to play, I’d be a super scientist who was also a crime fighter. But on NCIS, I’m actually playing a crime-fighting super scientist right now, so maybe all my geeky dreams have come true!"