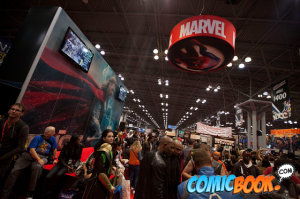 Friday afternoon at New York Comic Con, the Marvel Comics booth gave fans an opportunity to come by and show their colors. Mostly red, white and blue, since there were a lot of Captain Americathemes going on--but there were others, too, as cosplayers showed up dressed as Marvel heroes and posed against the massive Thor: The Dark World backdrop to show off their costumes, win swag and have fun with the guys working the booth. Check out a battery of photos below, by ComicBook.com contributing photographer Marcus DiPaola. He was on hand on the show floor yesterday, collecting photos of scenes from the convention and cosplayer portraits to give a sense for the feel of the convention. As ever, we don't usually get names when we take the photos but we try to make sure you know where it will end up–so if one of these is you, feel free to chime in! Apologies, meanwhile, if I don't know who you are or if I misidentify you. I'll correct anything that's called to my attention. All photos are copyright Marcus DiPaola and used by permission. 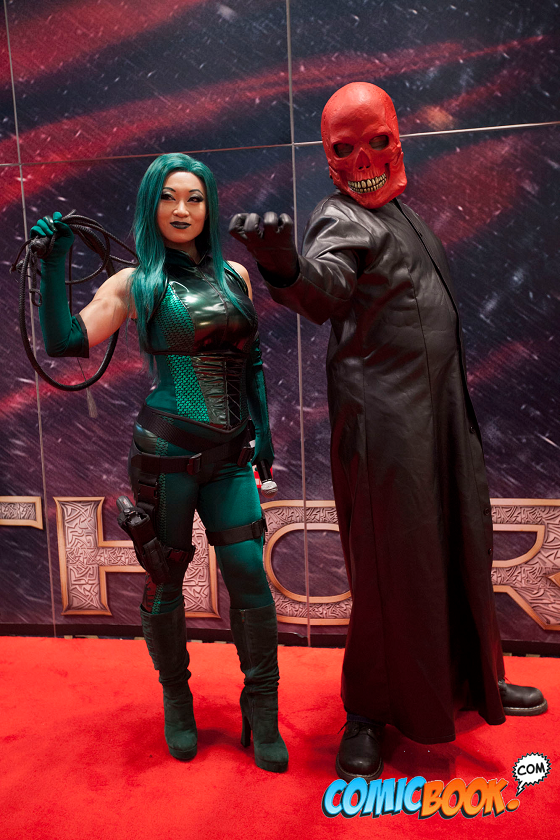 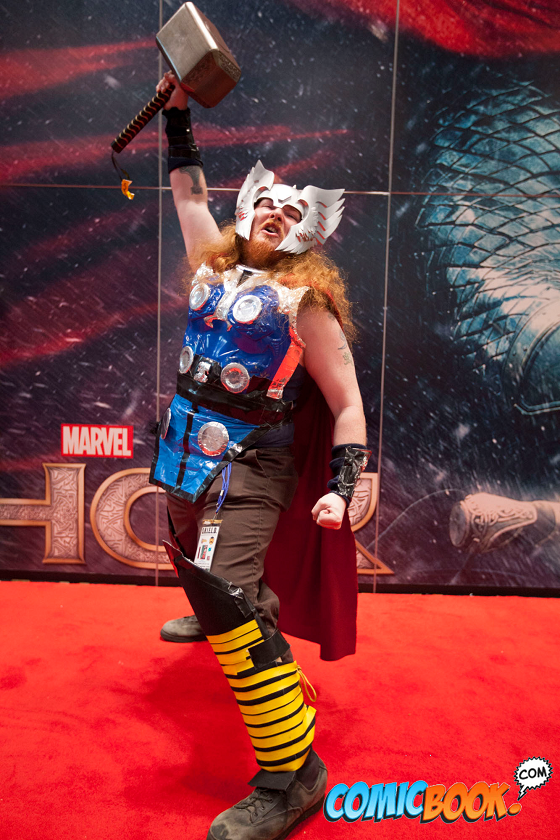 The Mighty Thor, God of Thunder 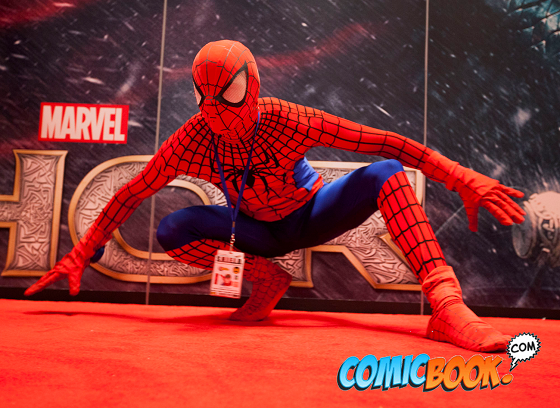 The Amazing Spider-Man (hey! Where's he been lately?) 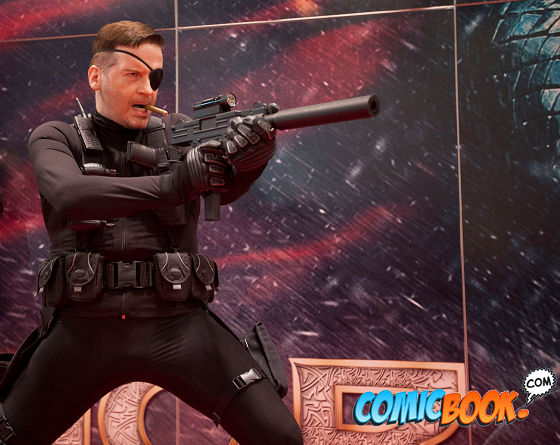 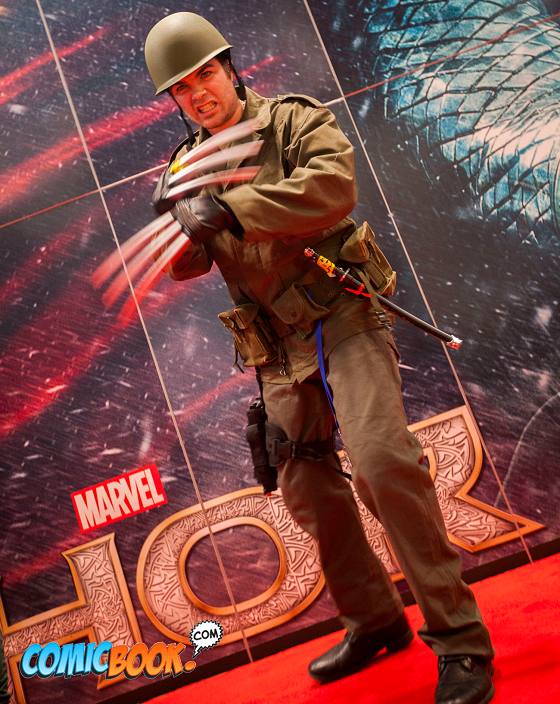 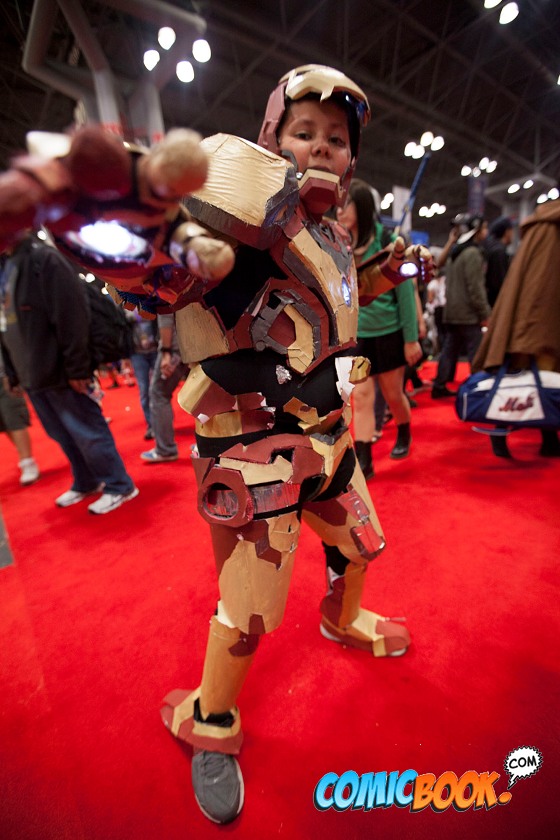 Looks like Harley from Iron Man 3 finally got his own costume. 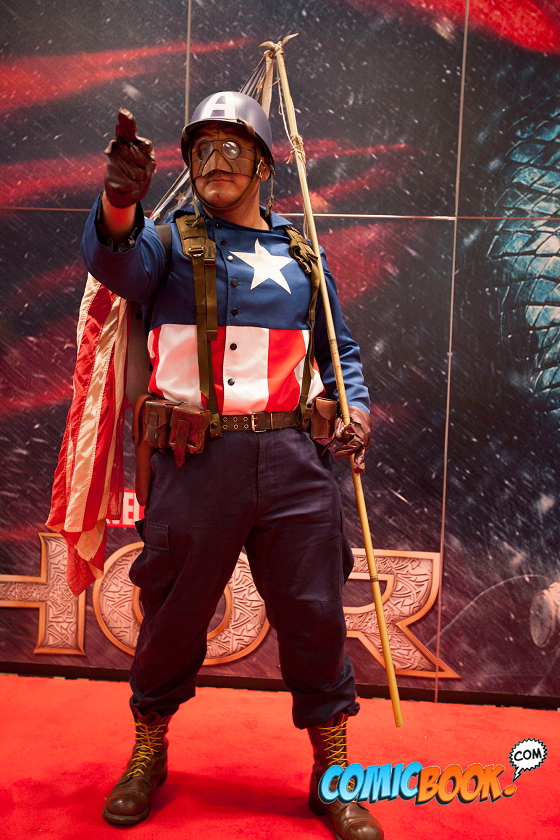 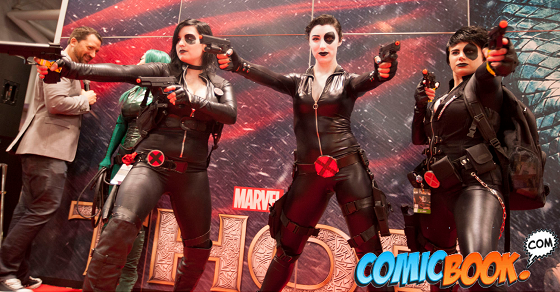 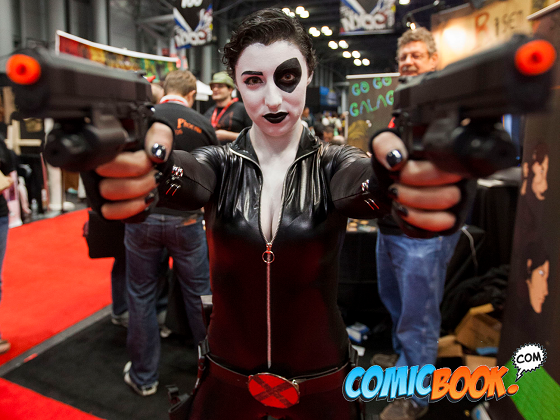 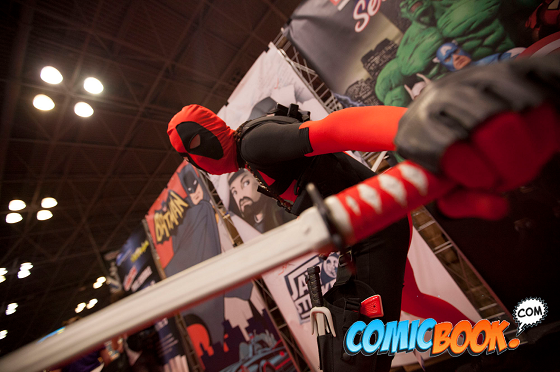 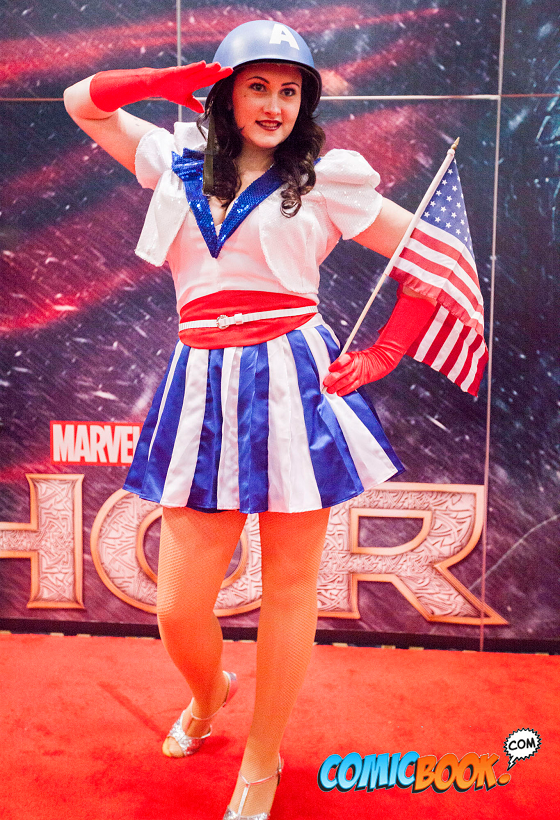 One of Captain America's lovely dancers 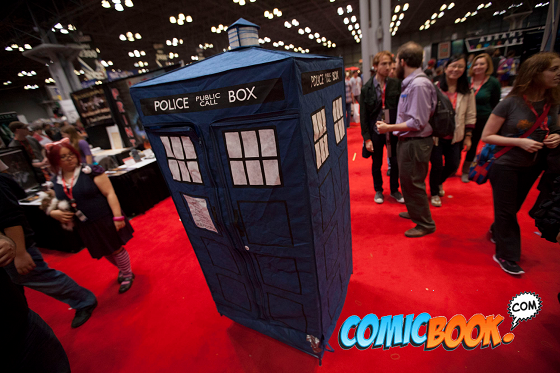 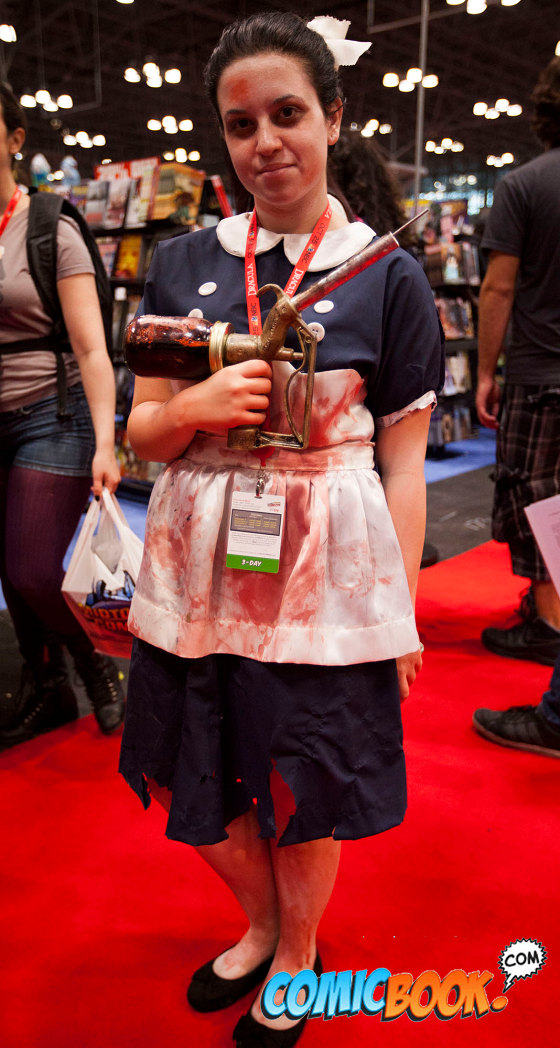 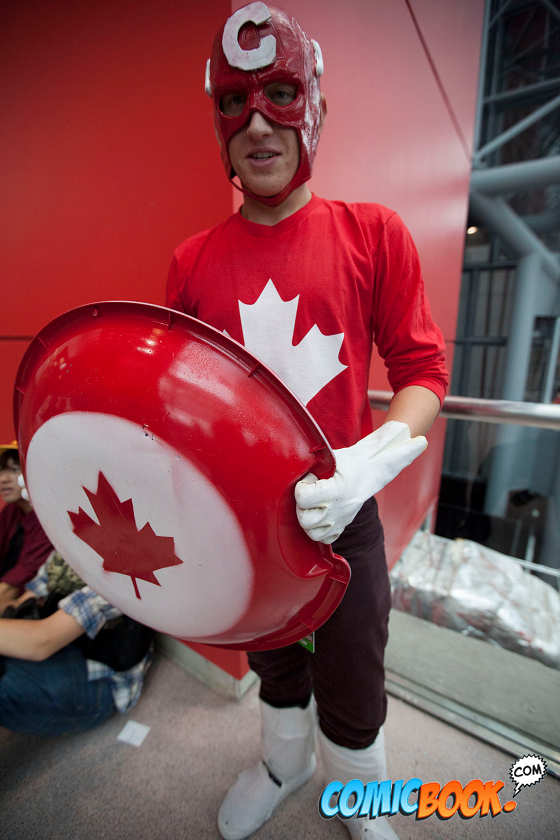 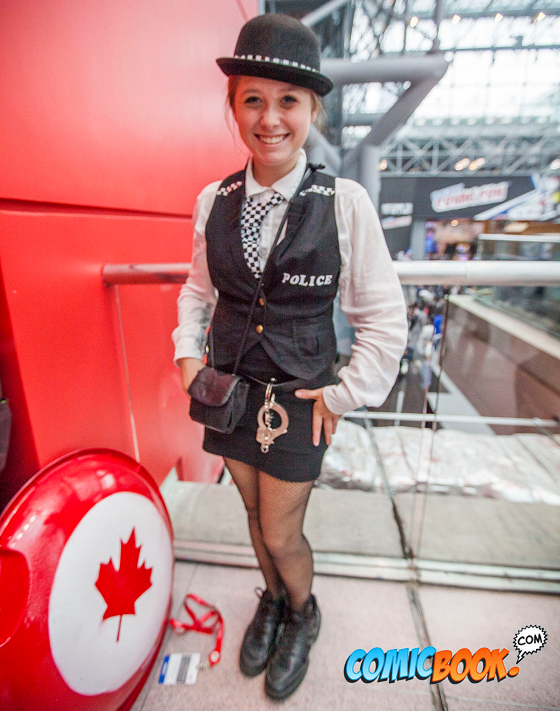 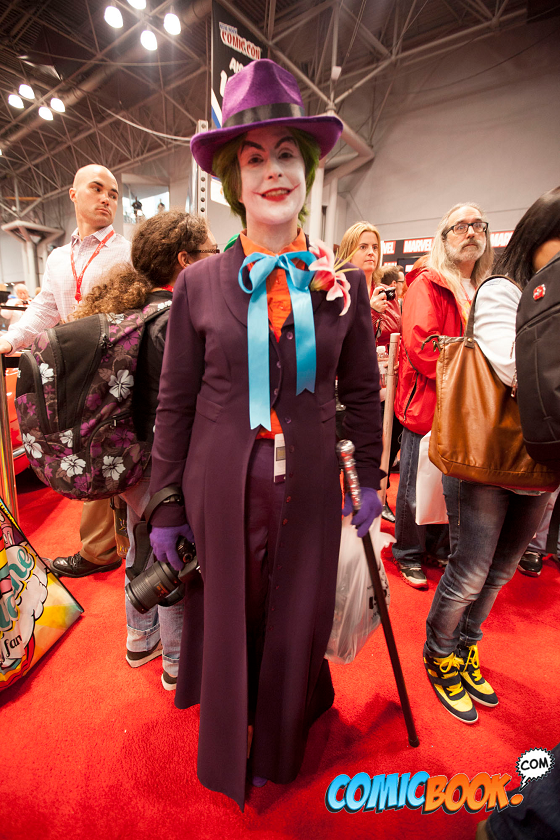 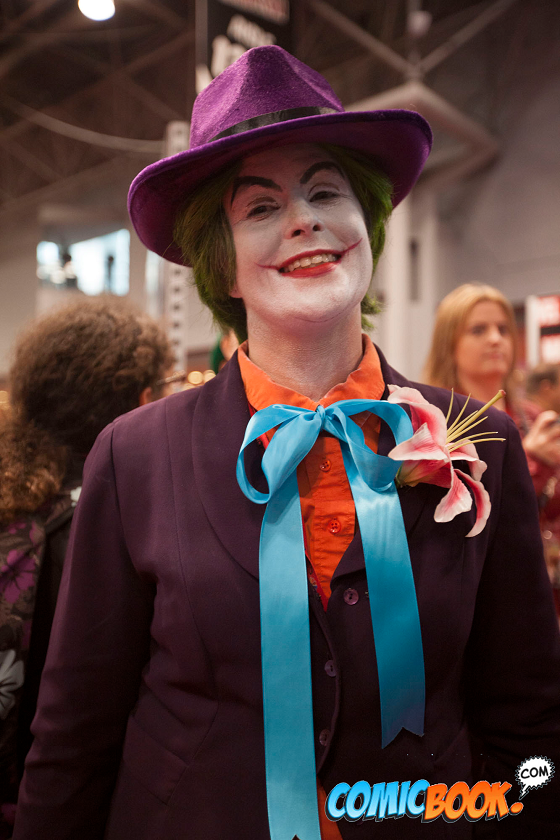 A closer look at the Burton Joker 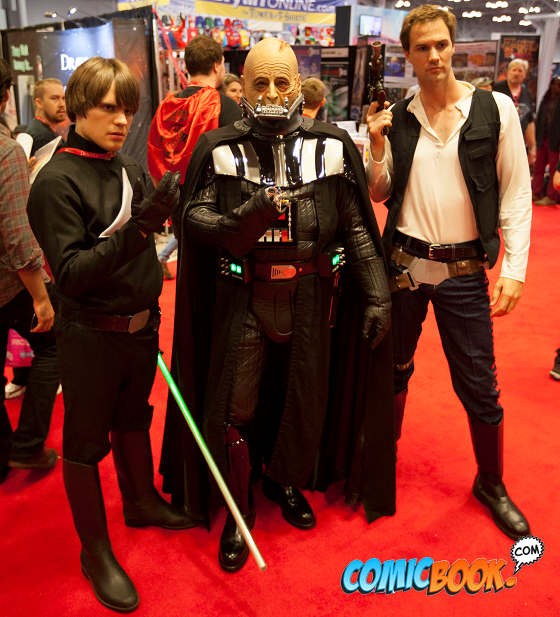