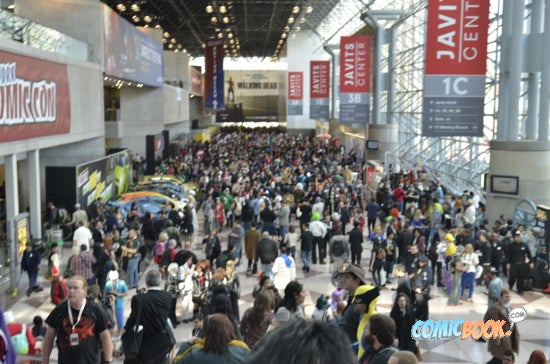 New York Comic Con has come and gone, and while ComicBook.com has banked a number of interviews and a lot of other coverage that will play out over the next couple of weeks, there were obviously a handful of breaking news stories that stuck out above the others. Some of DC and Marvel's biggest heroes, and biggest creators, had major announcements at (or around, considering that both publishers let stuff slip before the show) the con, and then there were a few non-comics surprises to be had, as well. What are our picks for the stories we'll still be talking about this time next year? Well...! New Green Lanterns to Be Introduced...In Threshold Threshold will get his own series for the first time, introducing a new team of sci-fi heroes and featuring a side story about Jediah Caul, a disgraced Green Lantern stripped of his power ring, who is hunted for sport on a televised reality show! Plus, that series will feature backups starring Larfleeze! Pacific Rim Comes to Comics 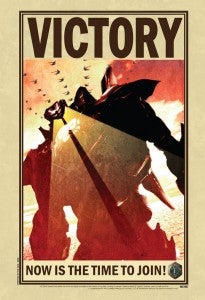 Filmmaker Guillermo del Toro appeared at the Legendary Comics booth with comics icon Grant Morrison and Chris Hardwick of Nerdist to announce a pair of new comics from Legendary. While Morrison's new title Annihilator sounds pretty interesting (read our interview with Morrison about the book), del Toro's decision to take on his forthcoming film as a graphic novel was the talk of preview night. "The idea was to set up the creation of the world that is in Pacific Rim," del Toro said, "sort of give the stories and the drama and the science that occurs after the first kaiju makes land in 2013, and what happens when that occurrence is repeated over and over again until we realize that it's not a single occurrence or a series of occurrences, but a full-on invasion. And that we are going to need to [create] a weapon to deal with a creature that is that big and is not going in a straight line or a diagonal—hitting a target that is a living organism of a scale that has never been seen on Earth. We need to create an equally inventive way to grapple with the creature before it gets more inland. The ingenuity of the creation of Jaegers—the gigantic machines—that are pilot-controlled; the reaction of the kaiju attack; the creation of the academy; the first generation of Jaeger pilots that come out ... all of that is set up in the movie, but is not expanded upon. The graphic novel will do that and more." 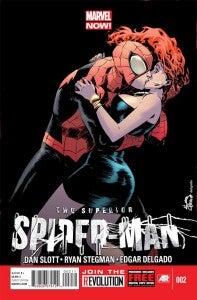 The Superior Spider-Man...Is Not Peter Parker

(But he does, as seen above, get to make time with one of Peter's long-time leading ladies.) Just before the start of the show, Marvel Comics teased some art from The Superior Spider-Man, Dan Slott's new series in which he'll take the wall-crawler someplace distinctly different from where he's been during Slott's run on The Amazing Spider-Man. With a more aggressive personality and some costume changes to match, this title is sure to be both controversial and best-selling. "I've always been the omniscient hand that's been protecting Peter Parker and Spider-Man, and not letting anything too bad happen to him," Slott said. "And now I've become this cruel god. There's something exciting about that, about going, 'Mwah-ha-ha-ha-ha, here is what's going to happen to you, Spider-Man!' And it's drastic and it's big and it's exciting and it's never been done before." The writer added, "The first story arc is called 'Hero or menace?' I think that pretty much tells you where we're going." 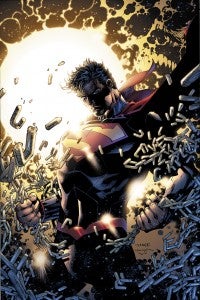 Long-simmering rumors that the Batman writer and the Justice League artist will team for a 2013 Superman series were confirmed on Thursday night at the DC Comics: The New 52 - Superman panel. "As a huge fan of Scott's writing, I'm looking forward to drawing Superman as much as I am reading Scott's story as it unfolds," Lee said. "Scott's crafted a truly epic yet personal story which will demonstrate without a doubt why Superman remains the most iconic hero of the modern age." "I've loved Superman since I was a kid, and to be working on him now, with the great Jim Lee, is simply too thrilling for words. It's a dream come true for me on every front," Snyder said. "I don't want to give too much away, so I'll just say it's the Superman story I'd write if I only ever got one chance to write the character. It's an exploration of everything I love and am fascinated by about him. Like Court of Owls for Batman, it's a character piece for Clark - it's going to challenge him to his core. And it's definitely epic in scope, with huge action and drama - the biggest and most earth shaking action I've ever done. Can't wait to see what you all think of it. Couldn't be more grateful or excited to get the chance to make this one!" Coulson Lives, Fury Lies 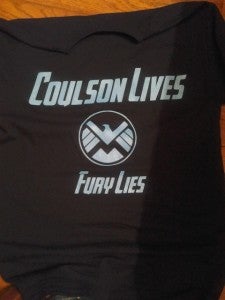 Agent Phil Coulson, the fan-favorite character introduced in Iron Man who went on to appear in Iron Man 2, Thor and Marvel's The Avengers, will reportedly star in at least the pilot to Marvel's S.H.I.E.L.D., the upcoming TV series from Avengers director Joss Whedon. Clark Gregg, who played the character in the movies, will reprise the role. "You can't help but have those kind of–maybe demented–fantasies, like 'Oh, man, just give me a shot! Give me a shot, I think I can sink this,'" Gregg told ComicBook.com about starring in The Avengers. "And to get a chance to do that, and to be able to–because even though they had told me they wanted to do that, when I saw the cast that was going to be in The Avengers, I just thought there was going to be no way. I'm going to be, you know, scooping up pieces of Loki or handing Captain America a really cool machine gun, and then I'll be gone. And when I saw that they really made him a full-out part of the ensemble, and for me the direction Joss chose to take Agent Coulson was better than anything I could have imagined." It turns out that plan may have been somewhat more complex than anyone knew at the time. The news took the Marvel Television panel by storm and was so pervasive that all over the convention, fans attending different events were talking about it within minutes. "In the Justice League panel," one of our writers sent her editor in a text message. "Also, Marvel just broke that Coulson is in the S.H.I.E.L.D. show." For those worried that Coulson may appear only in flashback, or only in the pilot? The video presentation from Marvel featured Kevin Feige saying, "There was never going to be a S.H.I.E.L.D. show without Agent Phil Coulson!" Whedon added "He's headlining the S.H.I.E.L.D. show and always was."