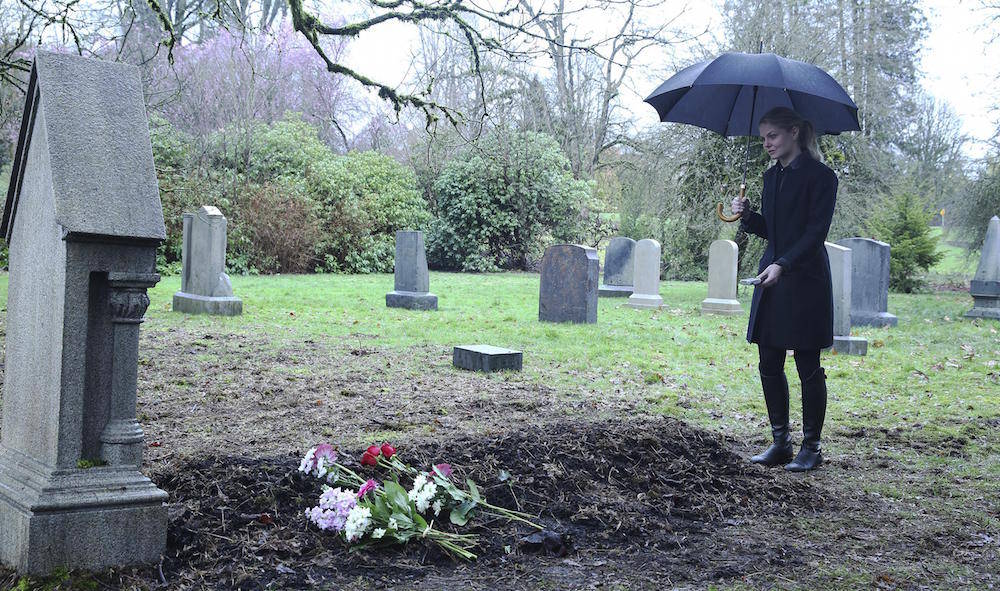 The episode begins in present day Storybrooke, where Hades (Greg Germann), Zelena (Rebecca Mader), and her baby are celebrating his beating heart. Zelena so trusts Hades that she even gives him the baby, while she looks for her sister, Regina. Then, King Arthur (Liam Garrigan) appears – having just escaped. Hades has a lot in common with Arthur, who was imprisoned and who was meant to rule a kingdom, but Hades kills him anyway.

Meanwhile, Snow (Ginnifer Goodwin) organizes a search party to find Arthur, consisting of Merida (Amy Manson) and the dwarves, and then she reunites with David (Josh Dallas), Henry (Jared Gilmore), and Emma (Jennifer Morrison). Zelena finds Regina (Lana Parrilla) and Robin Hood (Sean Maguire) elsewhere and is disappointed to learn that Hades tricked them but adds that if they go after him, they will do so at their own peril.

Then, down in the Underworld, a distraught, recently killed Arthur finds himself face to face with Hook (Colin O'Donoghue). Arthur has a lot of "unfinished business" to deal with, and it's going to take a seriously good deed to get him to move on to "the better place." As such, the unlikely duo of Hook and Arthur decide to go on a quest: to figure out how to defeat Hades.

Hook and Arthur look for pages of the Storybook that may contain information on Hades's weaknesses. Arthur's past as a king comes in handy when he figures out exactly where Hades would hide such secrets: in his throne. Hook reads over the pages and says that the contain information on "the way to destroy a god."

When Zelena tells Hades that Regina is going after him, he cleverly claims that he would turn himself in for her protection. Of course, Zelena is so touched by the gesture that she insists that he does not. They decide instead to fight back, with two powerful Olympian crystal daggers. As they plan their method of attack, Hades proposes that they ultimately rule the Underworld together. Then, Hades gets a call from Rumple, who's offering a deal: Rumple will protect him in exchange for a piece of Olympian crystal. Hades declines.

Regina figures that the least they could do is use a secret tunnel to meet with Zelena and maybe get Robin's baby back. Emma wants to help, but Regina won't let her – as she's just too emotional. Regina and Robin have a heart-to-heart on their way through the tunnel and decide to give Zelena yet another chance. 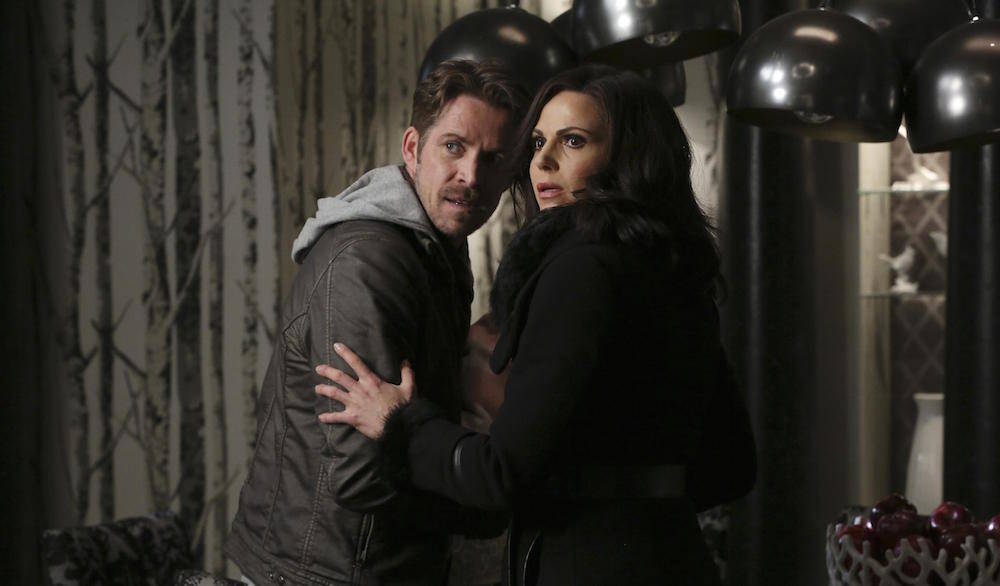 Elsewhere, Rumplestiltskin (Robert Carlyle) meets with Belle's father. She can only wake up from true love's kiss, meaning she needs her father. He refuses to help Rumple, and before Rumple can threaten him too much, Emma interrupts, asking Rumple how to kill Hades. A distressed Emma is adamant in destroying Hades and isn't willing to wait as her family figures out how.

Back in the Underworld, Hook and Arthur meet with Cruella De Vil (Victoria Smurfit) and ask her how to speak with people in the mortal realm. She already destroyed the phone booth, so now there is theoretically now way to make contact. Instead, they go after the Storybook that Cruella hid deep underground, near the River of Souls. One of the souls tries to pull Arthur under, and another tries to steal the book. But ultimately, they are able to retrieve it safely.

Hook tells Arthur that Hades can only be killed with Olympian crystal. He hopes that adding this information to the Storybook below will have a mirrored effect on the Storybook up above, so Emma can figure out how to defeat Hades. Sure enough, Emma's copy of the book flips open right to the page detailing the info.

Nearby, Hades is ready to fight, even though Zelena would rather take their Olympian crystal and go, ruling elsewhere. They don't have much time to discuss, before Emma starts using her magic to get inside. Regina and Robin are also nearby, sneaking around. Zelena realizes that Emma is trying to kill Hades, and while they argue, Robin and Regina grab the baby. Hades is there, ready to stop them.

Hades shoots a ray at Regina with the Olympian crystal, and Robin jumps in front to protect her, sacrificing himself and presumably dying. Zelena re-enters, and both Hades and Regina try to convince her that the other is lying. While Hades is distracted, Regina knocks the crystal out of his hands, and Zelena picks it up. She now has the chance to kill Regina, but she decides to kill Hades instead – realizing that Regina truly loves her.

Again in the Underworld, Hook thanks Arthur for all of his help, and then a portal opens. Hook is finally given his opportunity to move on to a better place. He steps through and finds himself in some sort of limbo, where he meets Zeus, who tells him that it's time to finally take him "where he belongs." Then we see Emma again in Storybrooke, visiting Hook's grave, finally able to grieve, now that Hades is gone.

Next, our remaining heroes attend a touching funeral for Robin, and Zelena decides to name the baby after her father. Emma stays behind to have a private moment at the gravesite – and she is shocked to be joined by Hook, who is alive and back in Storybrooke.

Lastly, Rumple retrieves a piece of Olympian crystal from where Hades was killed.

Once Upon a Time Season 5 Episode 21 Recap With Spoilers: Last Rites