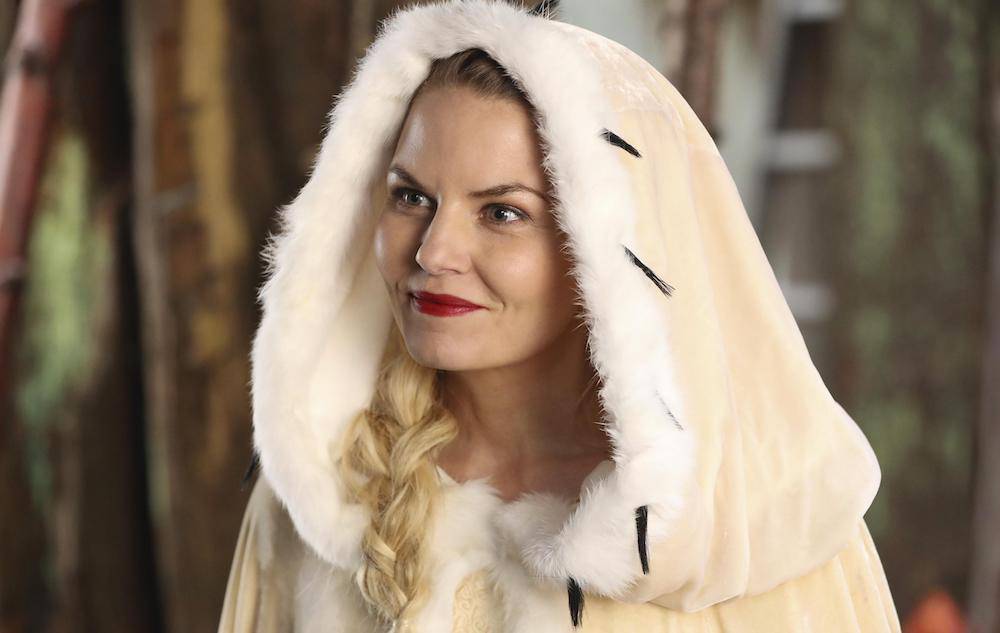 The episode opens on a childhood Emma, in 1990, living on the streets after running away from a group home. She's even burning the pages of a fairytale book for warmth. A young man finds her, and after bonding over fairy tales, specifically "The Ugly Duckling," he convinces her to return to safety.

Then in the present day – in the alternate reality where Emma (Jennifer Morrison) and Regina (Lana Parrilla) are stuck – we see the duo hiding from Henry (Jared Gilmore), who believes Regina to be the Evil Queen. Even Robin (Sean Maguire) doesn't recognize them, stealing their jewels. Emma somehow convinces Pinocchio (Eion Bailey) to believe their story, and they come up with a plan to build a magical portal.

Regina doesn't stick around long, wanting to learn more about alternate-reality Robin. She finds him at his signature tavern, simply wanting to know if her Robin would've been better off if she had never pursued him. Their conversation is cut short by the Sheriff of Nottingham. While they're in custody, Regina discovers the Marion has passed away in this realm; Robin is quite unhappy; and he keeps everything he steals, giving none of it to the poor.

They are freed by Rumple, who was recently freed himself by Regina. However, in his world, Regina killed Belle, so he isn't about to let Regina go. Again in custody – this time, Rumple's custody – Regina tells Robin that they're in an alternate world and that, in the real world, he is dead. They quickly escape, thanks to Robin's savvy skills.

Meanwhile, Emma and Pinocchio pursue the right ingredients for the portal, but they're also stopped by someone unexpected: a slovenly, drunker version of Hook (Colin O'Donoghue). In fact, he's even a bit too drunk to fight them. Emma uses her magic to send him back to his ship, but not before Hook is able to break one of Pinocchio's magical tools. 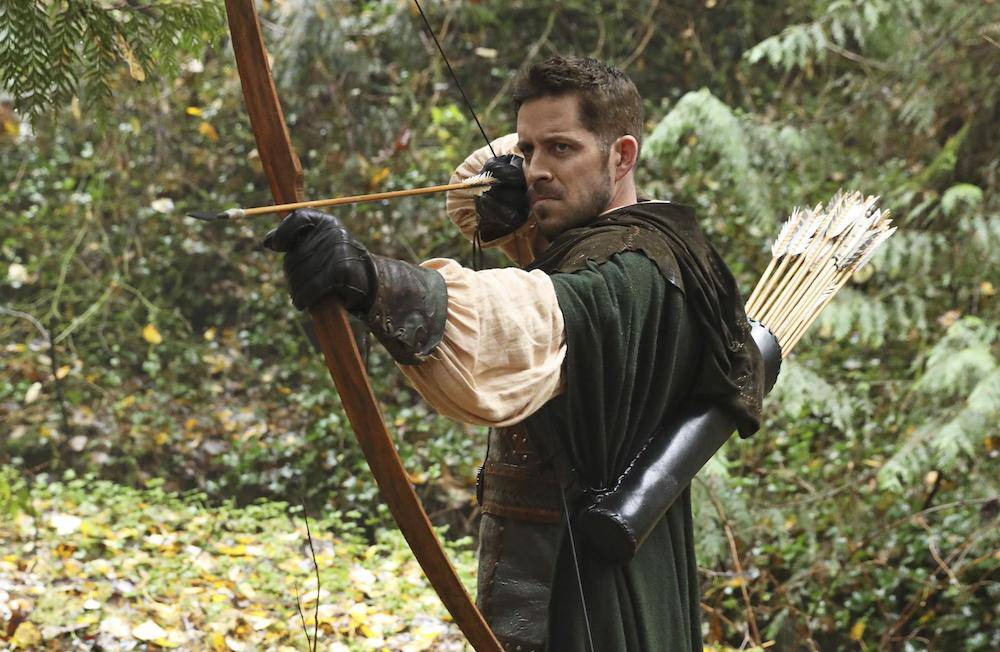 While back in regular Storybrooke, Gideon (Giles Matthey) explains to Belle (Emilie de Ravin) and Rumplestiltskin (Robert Carlyle), his parents, that he was raised by the Black Fairy, and though she attempted to turn him evil, he stayed strong. However – he still wants to kill Emma to absorb her savior power, which he will use to stop the Black Fairy. Later, Rumple meets with Gideon to offer his help, but Gideon turns him down.

Next, we see David (Josh Dallas) talking to sleeping Snow (Ginnifer Goodwin), telling her that he won't wake her up until he stops the unknown man who is after Emma. Belle arrives, revealing Gideon's identity. She hopes that they can stop Gideon and protect Emma without hurting anyone's loved ones.

Back in the alternate world, Pinocchio gives Emma a present: a wooden figure of a swan, like the one from the "The Ugly Duckling." Emma believes that he is the same man who helped her get off the street decades ago. Similarly to how he inspired her then, she inspires him now to embrace the magic within.

Pinocchio successfully builds a magical portal for Emma and Regina to return home, and Regina shows up with Robin, just in time to use it. When Robin gives her a feather that her Robin was supposed to give her before he died, she begins to believe that her Robin lives on in this version of Robin. She and Emma decide to take this Robin with them.

Emma is approached by Gideon as soon as she returns, as her vision is fulfilled. Their foretold sword fight begins, and Emma's family and friends appear, just as she saw it. Gideon freezes the crowd so that they cannot stop him, but Emma takes the lead in the battle anyway. With her knife at his throat, Gideon uses magic to poof himself away.

As the episode draws to a close, Emma meets up with Pinocchio to ask him about their fateful meeting when she was a child. He admits that he was keeping tabs on her to keep her safe.

Finally, Rumple lets Belle know that he doesn't want Gideon to kill Emma. They decide to work together once again, to help Gideon. The episode ends with Gideon destroying the face of the clock tower.

Once Upon a Time Season 6 Episode 11 Recap With Spoilers: Tougher Than the Rest