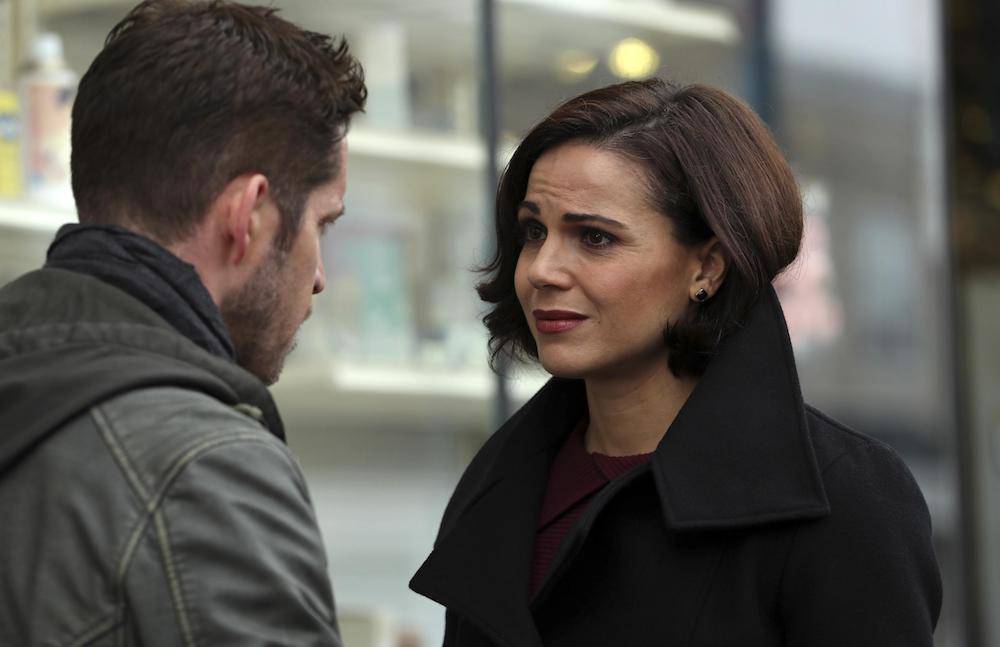 The episode begins when David was just a baby, sharing a crib with his twin brother James. The twins are sick, and their parents can't afford medicine. Enter Rumplestiltskin (Robert Carlyle) – who offers medicine for one baby in exchange for the other, as the king is looking for a son. The parents reluctantly agree, and James becomes Prince James.

In present day Storybrooke, David (Josh Dallas) keeps hearing whispers from his father, Robert, leading up to visions of the man, whom he barely knew. David knows that his father's death was a mystery but hasn't planned to solve it, until one of the visions reminds him "family is everything," asking him to discover "the truth."

Meanwhile, Hook (Colin O'Donoghue) schedules an appointment with Archie. He wants to propose to Emma, but he doesn't think that David will give him his blessing, especially after an exasperated David told Hook earlier that he'd never "get advice from a pirate."

When Hook tries to talk with David later, he finds David newly obsessed with the case of his father's murder and the coin that the Evil Queen gave him. David doesn't think Emma and Snow will approve of his plans, so he enlists Hook's help instead. Hook is displeased to find that David is willing to stoop ow to solve the case, even stealing potions from Emma.

Also in town, Robin (Sean Maguire) is starting to adjust to life in Storybrooke, when he discovers that the Sheriff of Nottingham lives there too, simply known as Keith. Regina (Lana Parrilla) stops him from cutting Keith's throat just in time, by poofing Keith away in a burst of magic. Later, Regina tells Robin about the children his counterpart had, and then, after agreeing that they should start fresh, they kiss.

The flashback to David's childhood continues, a few years later, with the king declaring that James has gone missing. David's father, a drunk, is convinced that finding James himself will solve their family's problems, and young David gives his dad a lucky coin - the coin - for the journey.

Robert's first stop is Rumple's castle, and in exchange for a hair on Robert's head, Rumple looks into a crystal ball to find James. The prince hasn't been abducted; he just ran away, to Pleasure Island. Rumple offers Robert a ticket to the island and then plucks a single hair right off his head. 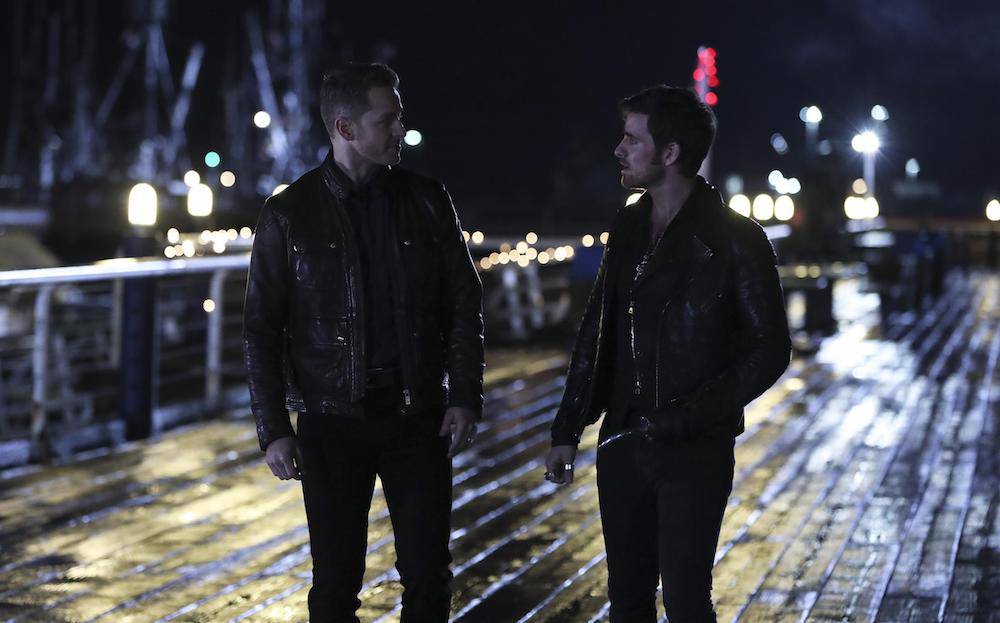 Pleasure Island appears to be one giant carnival, and one of the first people Robert meets is Pinocchio. He's met James already and wants to hide the truth, but of course, as Pinocchio, the truth is revealed quickly. Pinocchio leads Robert to James, and he tells his son the truth about the king and his twin brother. When they try to escape, they are chased by carnies.

Again in modern day Storybrooke, Hook agrees to play lookout for David while he steals from Emma, ultimately even convincing Emma (Jennifer Morrison) not to go inside when she surprisingly appears. David and Hook try to follow the instructions in a spellbook later, with Hook cracking the occasional joke, but David is too determined for laughter. The spell reveals that David's father may be on Pleasure Island.

David and Hook go to Pinocchio's workshop, where they learn that Pinocchio removed some pages from the Storybook concerning his time on Pleasure Island. The images could include more information about Robert. Then, when Hook confronts David about the dangers of seeking revenge, David handcuffs Hook to a bike rack and drives away.

Again in the past on Pleasure Island, the carnies lead Robert and James right to the king. He tries to convince the king to let James live in his original home, which is what James wants, but in response, the king orders Robert's death.

In the present again, David goes right to King George, aka Albert, in his jail cell and engages in a fight to the death. Hook intervenes just in time, pulling David away from the battle and locking Albert up. David is heartbroken to learn that his father tried to do the right thing and died anyway, but with the encouragement from Hook's words, he decides not to kill Albert.

David admits later that he was about to make a terrible mistake and thanks Hook for being so noble. Hook knows exactly how David can make it up to him – by granting him his blessing to ask for Emma's hand in marriage. He gives him his blessing heartily.

That night – when David is asleep and Snow (Ginnifer Goodwin) is awake again – Regina admits that bringing Robin back was a mistake. She does still think that there's some "reason" why this Robin was able to make it back through the portal with her, but she and Snow can't figure out what that might be. Regina even refers to the kiss she shared with this Robin as like "kissing paper."

Then, nearby, we see Robin stealing a magical item from Regina, one that she earlier called "very powerful."

Finally, Pinocchio brings the missing Storybook pages to Hook, which we see depicted in another flashback. Robert was not killed by the king's men. Before the guards could kill Robert, Hook got to the group first. Hook killed the guards, stole their gold, and then killed Robert too, for good measure.

Once Upon a Time Season 6 Episode 12 Recap With Spoilers: Murder Most Foul