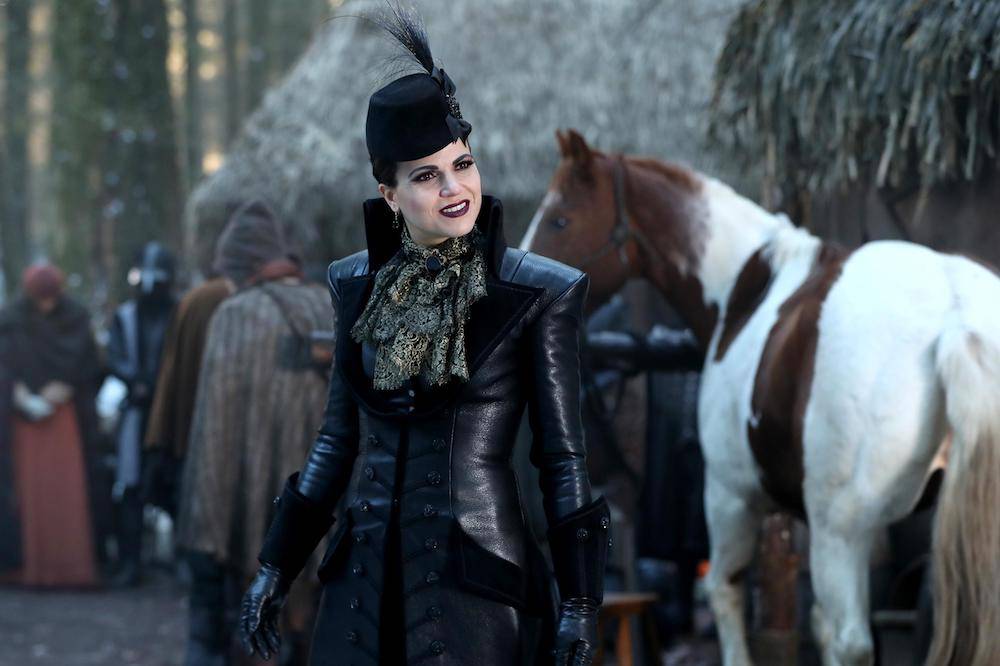 The episode begins with a flashback, following the Evil Queen (Lana Parrilla) on her search for Snow White. She and Prince Henry think they may have found her in a local village, but instead, all they find is Tinker Bell. She reminds the Evil Queen what pixie dust predicted for her long ago: The Evil Queen is to end up with the man with the lion tattoo, whom viewers know to be Robin.

Prince Henry believes that the Evil Queen can never be happy until she finds Snow White, so he later provides her with a map to "an object" she will need to track Snow down. It leads them to a portal, and Prince Henry admits that Tinker Bell led them there. Through it they find Cupid's Arrow, which is supposed to point out the one you love the most.

Angry that he tricked her, the Evil Queen ignores the Arrow's initial purpose, and through dark magic, changes it to lead to the one you hate most, instead. They then follow the arrow back to the Evil Queen's castle, but all it does is lead her to a mirror. She is the one she hates the most.

In present day Storybrooke, the Evil Queen bonds with the town's only other alternate-realm-edition resident, Robin Hood (Sean Maguire). She offers to send him back to his home, if he will dig up and steal the Shears of Destiny, which he does. She explains that the Shears can change someone's fate. In fact, she can use them to separate herself from Regina entirely, so that Regina can be destroyed.

Nearby, Emma (Jennifer Morrison) happily tells her family about her recent engagement to Hook, though they don't have much time to celebrate with the Evil Queen's resurgence. The first person the Evil Queen tracks down is Henry (Jared Gilmore), stealing the Enchanted Quill from him so that he cannot write anything to control her. She gives Henry page 23 from the Storybook, the one that depicts Regina and Robin, happily ever after.

The Evil Queen returns home, where Robin is tied up with enchanted ropes. He proposes that the reason he may be in Storybrooke might be to save the Evil Queen, not Regina. Later, Regina shows up, and the Evil Queen quickly uses the Shears to divide them forever. At first, the duo seems evenly matched, until Regina takes control and even rips out the Evil Queen's heart. 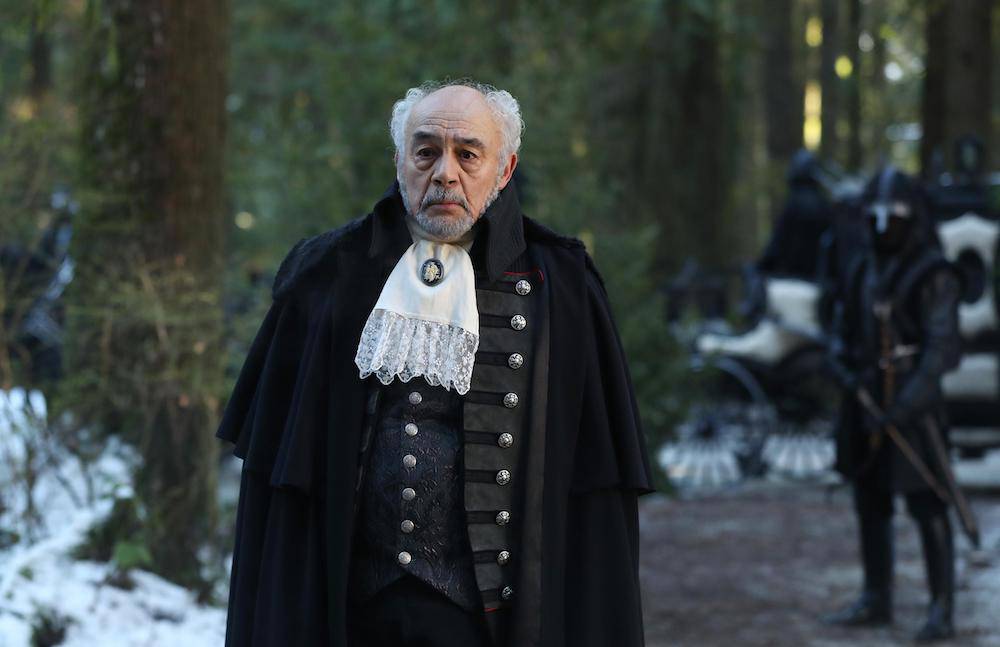 Regina takes out her own heart, too, and holds the hearts together. We see that Regina's heart is full of love, while the Evil Queen's is full of darkness. Regina holds them together, and the amounts of love and darkness seem to balance out. Now, the Evil Queen finally loves herself, while Regina bears some of their darkness.

Now on good terms, the two halves chat, with the Evil Queen explaining that Robin has been sent back to his home. However, she no longer knows what she's supposed to do with her life. Regina then meets up with Henry, asking him to send the Evil Queen to a realm where she can be happy. Snow (Ginnifer Goodwin) and Zelena (Rebecca Mader) are against the idea, until the Evil Queen shows up herself and apologizes.

Henry turns to a fresh page in the Storybook, and with the Enchanted Quill, writes "The Evil Queen went to the place where she could get a fresh start." And with that, she disappears from their realm and appears in Robin's realm. She pops into his pub and offers to buy him a drink, but he insists on buying her one instead.

Meanwhile, at the Storybrooke docks, Hook (Colin O'Donoghue) runs into Captain Nemo, who's leaving town but not without a few final pep talks. Hook is still struggling to decide whether to tell Emma about his recent discovery, that he killed her grandfather long ago. Nemo advises that he tell the truth and seek forgiveness.

Emma later finds Hook pouring over the Storybook pages that tell the dark tale, about to erase the memories from his brain. She isn't upset about what happened in the past, but she is upset that he kept it from her. Emma returns the engagement ring to him, saying she'll take it back once he learns that they are supposed to work through struggles together – not erase them in secret.

Hook heads back to the docks the next day, having taken none of Nemo's advice, wanting to talk to him again. He hopes to board The Nautilus to do some soul searching. That night, before boarding, he is surprised to run into Snow, who tells him all about the Evil Queen – who got a happy ending. She tells him that "love can save even the darkest souls" and expresses her overwhelming approval over his engagement to her daughter.

In the morning, Hook meets with Captain Nemo one more time on his ship, just to tell him that he's changed his mind and will be returning to Emma. The Nautilus suddenly begins to submerge, against Nemo's wishes. Gideon appears and says that "for what he has planned," Hook cannot be in Storybrooke.

Once Upon A Time Season 6 Episode 14 Recap With Spoilers: Page 23