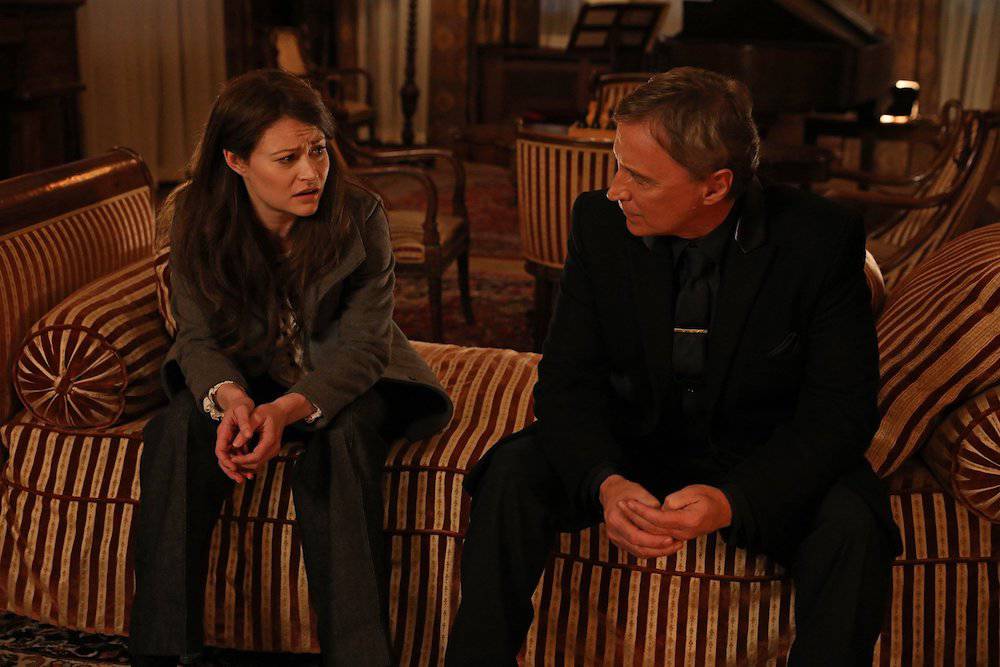 The episode opens with Hook (Colin O'Donoghue) on the run from the Lost Boys in Neverland, until he is saved by Tiger Lily. At least, he thinks he has been saved – until she stabs him with a dart to knock him out. Hook later wakes up, held captive. He wants to escape and get back to Emma, and Tiger Lily wants him to deliver a powerful weapon to "another realm" to help the Savior. They realize that they're on the same side.

Then, the unlikely duo pursues Pan's old camp, where they believe he may have left enough powerful magic to transport Hook back to Storybrooke. While they wait for the Lost Boys to go to sleep, Tiger Lily admits that she used to be a fairy, which is why she has the weapon that Emma needs. There is a tree at the camp that produces a magical sap, strong enough to help someone cross realms.

Tiger Lily distracts the Lost Boys and draws them away from the tree while Hook runs to it. He digs his hook into the tree, covers it with sap, and conjures his shadow. It tries to fly Hook away, but the Lost Boys hold him down. He gives the weapon to his shadow so that it can deliver the object to Emma.

Meanwhile in Storybrooke, David (Josh Dallas) is particularly heartbroken to learn that Emma may have to go into the "final battle" with the help of only one parent and decides that it's time to cure the sleeping curse once and for all, begging Regina (Lana Parrilla) to try the potion she has been concocting. When he falls asleep and Snow wakes up in his place, she responds in the same way.

In another scene, Snow (Ginnifer Goodwin) and a sleeping David are shown with Regina and Zelena (Rebecca Mader), next to a foggy cauldron. The sisters each rip out Snow and David's hearts (or heart, to be exact), and the curse is visible inside them, a murky black in the middle of the red heart pieces. They dip the heart halves into the potion, pull them back out, watch the curse disappear, and then re-insert the heart into Snow and David.

Unfortunately, the potion doesn't work. Regina thinks that the Evil Queen built a fail-safe into the potion. Now, just because they tried to reverse the curse, Snow and David are worse off than ever before. They will soon both fall asleep, indefinitely.

Then, the episode flashes back to Storybrooke during the time of the Dark Curse. Mary Margaret (Snow) is on the way to see John Doe (David/Charming) at the hospital and brings him a mysterious flower. Some sort of magic in the flower rips Charming out of his coma, and when he clasps Mary Margaret's hand, she remembers her true identity: Snow White.

Snow aims to distract Regina while David goes right to Rumplestiltskin, the only other resident of Storybrooke powerful enough to know about the curse. He doesn't know where Emma is, but he tells David that the flower Snow brought him – a pixie flower – has the ability to unite anyone who shares true love. Elsewhere, Regina quickly realizes that Snow White has broken the curse. 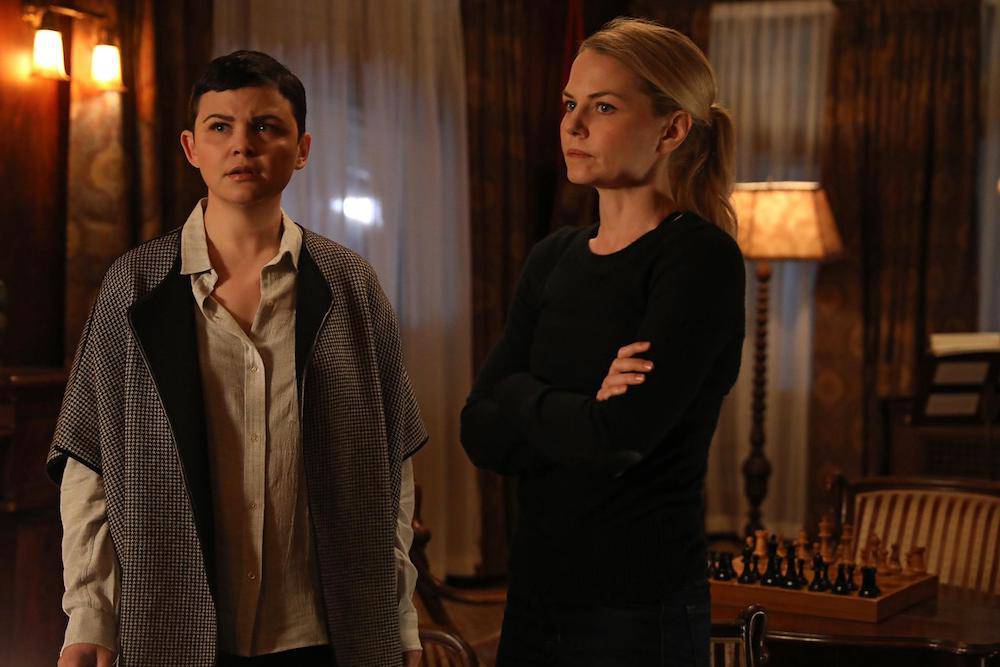 Again in present day Storybrooke, David watches a message from now-sleeping Snow on his phone and notices another magical flower in the background. He believes it may be able to break their sleeping curse, but Zelena warns that those types of flowers only bloom when "great evil" is present.

At the same time, the Black Fairy arrives at the pawnshop with Gideon. She stops Rumple (Robert Carlyle) from even attempting some sort of magic by immediately pulling out the Dark One's Dagger. But then, she hands it over to him. She claims that she won't force Rumple to do her bidding; she believes that he will do it willingly, soon.

Then, Emma (Jennifer Morrison) and Snow find an enormous pasture of pixie flowers in the middle of the forest, but the Black Fairy and Gideon appear before they can harvest any. She commands that Gideon make the flowers disappear, he appears to do so, and they leave. Once they are gone – Emma notices that one flower remains.

In the end of the Dark Curse flashback, Rumple tells David and Snow that Emma is still a child. If they go to her now, they can have their family back, but she will never become the Savior and save the rest of the citizens in town. Instead he proposes that they each drink a serum that will make them forget who they really are, until Emma arrives to save the day.

They go to the forest and throw some of the magic flower dust into the air, creating a door to see young Emma. David wants to go to her, but Snow convinces him that they must wait. Waiting for the Savior in order to free the rest of their friends is the right thing to do. They both drink the potion, David goes back into his coma, and Snow becomes Mary Margaret again.

Finally in the present day, Snow is about to use the magic flower to wake up David, when Hook's shadow arrives, giving Emma the weapon. She can tell that Hook is in trouble. Snow decides that Emma should use the flower to reunite with Hook, convinced that they will find another way to wake her and David. Then, she falls asleep.

Emma uses the flower and arrives in Neverland just in time to save Hook, pulling him back through the portal. The very first thing he does is get on one knee and propose to her, "the right way," and she accepts. Then, Regina suggests that she may know one last-ditch method to wake up Snow and David.

Some short amount of time in the future, the whole town stands around Snow and David. Regina speaks to them all, reminding them that Snow and David chose to protect them so many years ago, when they could have been with their daughter instead. She proposes that each of them drink a tiny portion of the sleeping curse from a chalice, until its power is so diluted that it no longer works. Regina's plan succeeds, and Snow and David both wake up. They at first look around in horror to find the entire town asleep, but they all wake up, too.

The episode ends on a street corner, with Rumple approaching the Black Fairy. He noticed that Gideon seemed to conveniently leave one magic flower for Emma and Snow to find and can tell that the Black Fairy has Gideon's heart.

He vows to get the heart back. The Black Fairy threatens to destroy the entire town.

Once Upon a Time Season 6 Episode 17 Recap With Spoilers: Awake