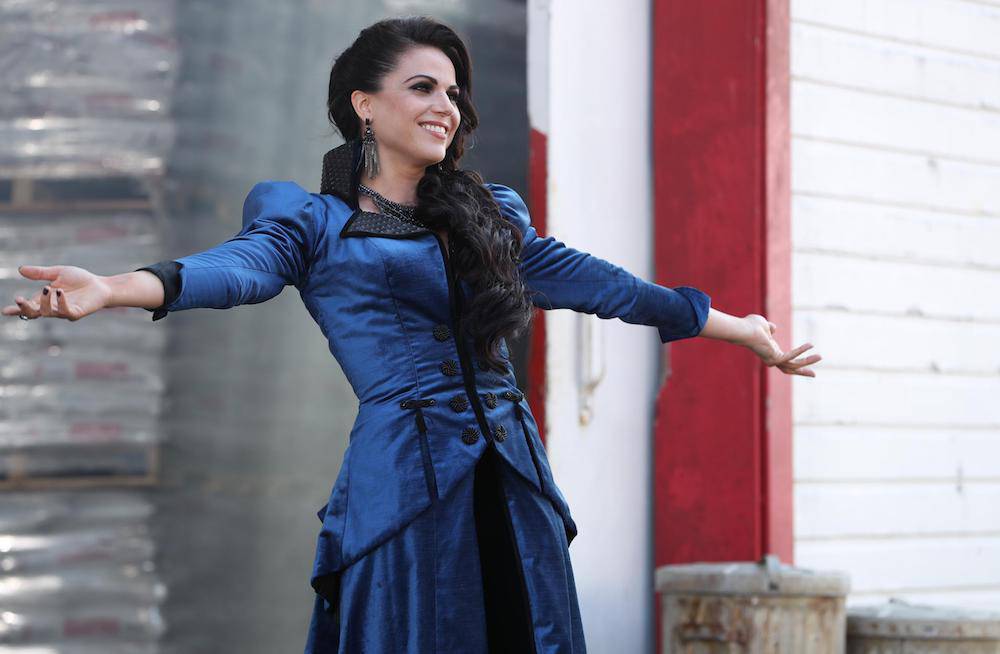 At the beginning of this episode, Regina (Lana Parrilla) attempts to persuade knowledge out of Hyde (Sam Witwer) with what she thinks will be a tempting lasagna, only to find that the Evil Queen has set him up with a night of fine dining. Meanwhile, at Granny's, we are re-introduced to Ashley (Jessy Schram) – Storybrooke's version of Cinderella – who now has a daughter. Emma (Jennifer Morrison) sees Archie (Raphael Sbarge) afterwards and shares her concern that she will not be able to provide a similar future with Hook (Colin O'Donoghue).

In a flashback, we see Ashley when she went by her previous name, "Ella," only to quickly learn the source of her more famous title. She owned a single gown, given to her by her mother, and one of her evil stepsisters threw it into the fire, turning it to cinders, hence, "Cinderella." However, upon pulling the dress out of the fire, she finds a magic key.

The next time we see Cinderella in the flashbacks, she has apparently already met Rumplestiltskin and walks right into the prince's ball – wearing the classic dress and glass slippers. She meets Snow White (Ginnifer Goodwin), and then, she meets the prince. They dance, and everything seems to be going well, until he leaves her to chat with her stepsister instead. Cinderella's stepmother appears and tells her that the prince was just making fun of her. Ashamed, she runs away, losing one slipper on the stairs.

In the present, Ashley/Cinderella has gone missing, and her husband, Thomas, suspects that she has gone after one of her "evil" stepsisters, who has arrived in Storybrooke. When Emma, Hook, and Henry (Jared Gilmore) find her, she explains that she herself eventually become the wicked stepsister, and then she runs away. The Evil Queen shows up to taunt Emma, telling her that she will make sure that Ashley doesn't have a happy ending, just to make Emma feel useless. Then, with a poof of magic, she transports Emma, Hook, and Henry to the middle of nowhere.

David (Josh Dallas), wanting to know more about his father's coin, strikes a deal with Rumple (Robert Carlyle): David must transfer an audio cassette to Belle, in exchange for the info. When David completes his task, he and Belle (Emilie de Ravin) have a heart-to-heart about fathers. 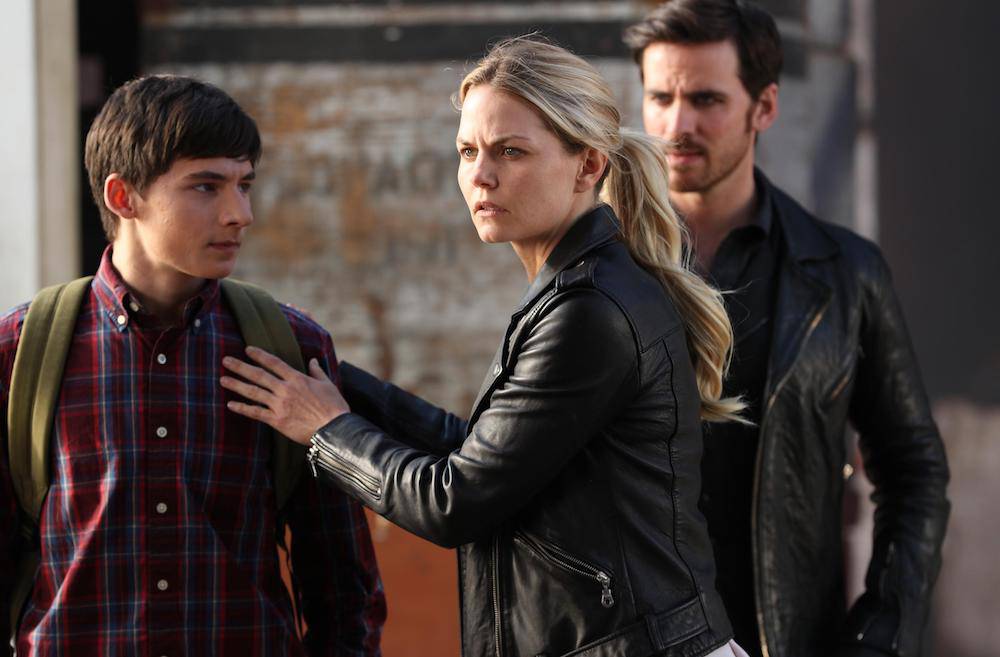 Returning to the flashback, Cinderella uses the key to open a portal to the Land of Untold Stories. She is stopped by her stepsister Clorinda, who reveals that the prince has fallen in love with her. In fact, Clorinda has been faking her wickedness all along and plans to elope with the prince's footman.

Later, the stepmother is livid to find that Clorinda is missing. The only person who knows where she has gone is Cinderella, and the stepmother takes away her matching slipper – the only thing tying her to the prince – until Cinderella shares the details. Then, the stepmother breaks her slipper anyway, dropping it on the ground, and locks Cinderella inside. Snow White and the prince are able to track her down anyway, with the help of a clever mouse.

The prince and Cinderella agree to wed, and she runs to find Clorinda to use her new influence as princess-to-be to protect her. She gets there just after her violent stepmother and additionally finds that Clorinda isn't as happy as Cinderella thought she would be. The stepmother uses the key to open a portal to the Land of Untold Stories, and she pulls Clorinda in with her, taking her from the footman.

In Storybrooke, Ashley finds Clorinda but quickly realizes that she has been trapped. Her stepsister hasn't forgiven her, and her stepmother is there too, waiting with a gun. The Evil Queen is helping her get revenge. Clorinda is re-united with the footman and even reconciles with her stepsister. But then, Ashley is stabbed in the gut by her stepmother. Emma arrives just in time, with just enough magic, to save her.

Then, Regina and Snow bring Dr. Jekyll to the laboratory of Dr. Whale, aka Frankenstein, hoping they can work together to determine how the Evil Queen has manifested.

As the episode winds down, Emma invites Hook to move in with her, which he happily agrees to do. Elsewhere, with Rumple's help, David learns that his father had been stabbed to death and had not died in a drunken accident, which he previously thought. Snow begs him to ignore this news and simply live their lives peacefully, and though he claims to agree with her, he clearly intends to seek revenge. Then, Belle listens to the tape that Rumple sent her, which just contains his recital of a poem for their unborn son to hear.

Lastly, the Evil Queen frees Hyde from his cell.

Once Upon a Time Season 6 Episode 3 Recap With Spoilers: The Other Shoe