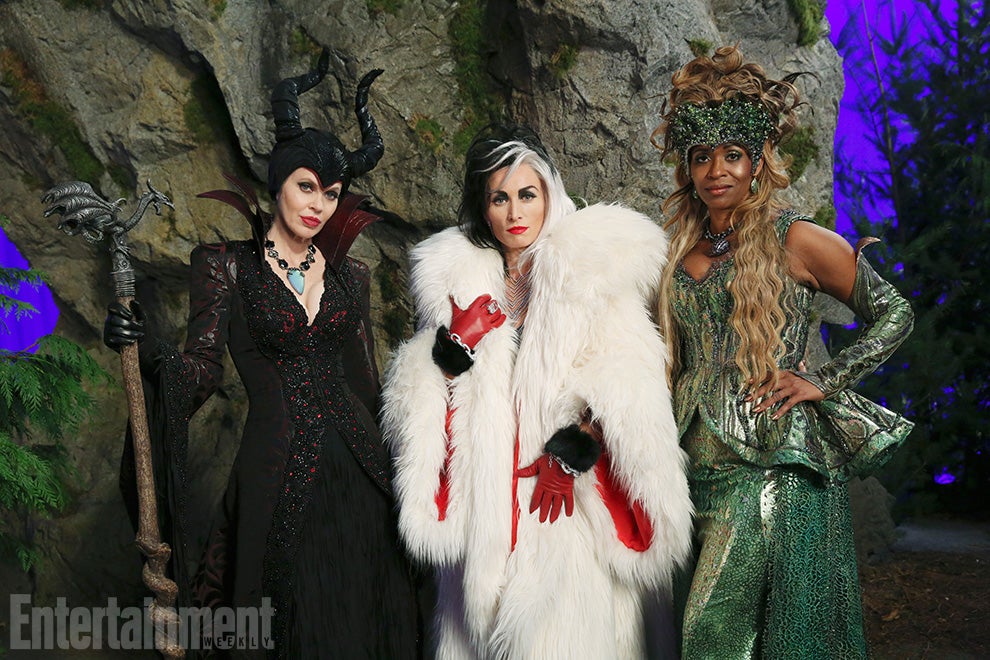 ABC has a special holiday gift for its Once Upon A Time viewers while they wait through the midseason break: A first look at Disney’s biggest female baddies, assembled together for the first.

As the fairy-tale series transitions out of Frozen territory, it will look back to the classics with Sleeping Beauty’s Maleficent, 101 Dalmations’ Cruella de Vil, and The Little Mermaid’s Ursula. Entertainment Weekly scored a first-look at the devious vilenesses, who will torment the mythic and mortal inhabitants of the enchanted Maine town.

On how they chose the specific foes from Disney’s immense catalog, Once Upon A Time’s executive producers revealed that they looked for villains who wanted “happy endings” of their own. From there, they looked for character who could mesh together as a villainous trio.

“We thought, “What is the greatest team of evil we could gather to go up against?” Ursula we teased in the Ariel (Joanna Garcia Swisher) episode last year, and then Cruella, for a while, we just always wanted to bring her on the show and couldn’t figure out how because in the movie, she was kind of ’50s,” Executive Producer Edward Kitsis divulged. You always want to put your twist on it.” 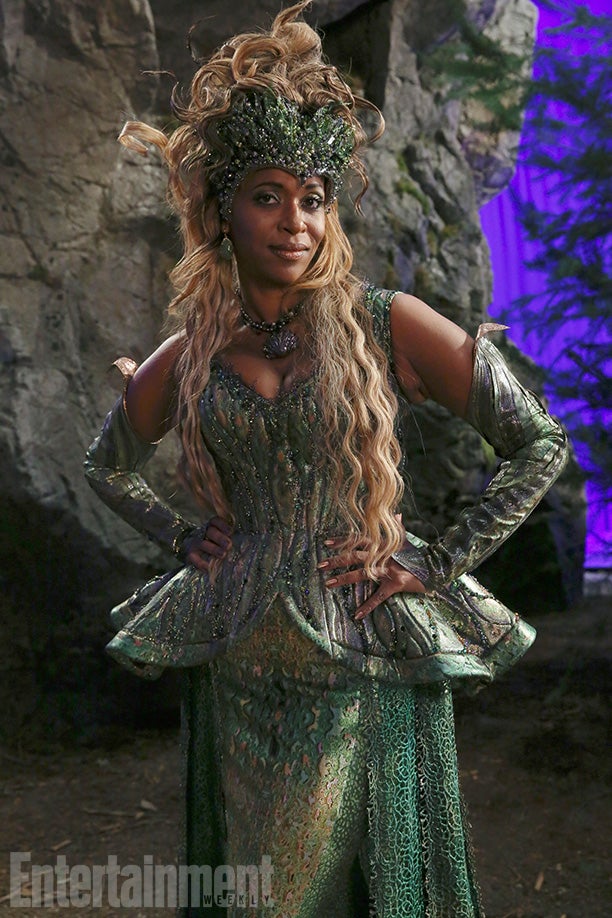 The producers further revealed that as the villains vie for their own happy endings, their efforts will lead into a direct clash with the series’ heroes. In fact, they said that the second half of the season will be defined by a clear “heroes vs. villains” motif, with “Heroes vs. Villains” being the actual title of Episode 11.

And with an entire world of other Disney characters out there, the producers hinted that the terrible trio may not be the only Disney villains appearing next spring. 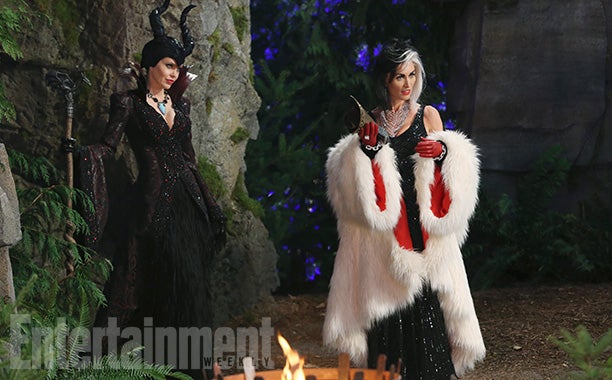 Once Upon A Time Teases Maleficent, Ursula, And Cruella de Vil