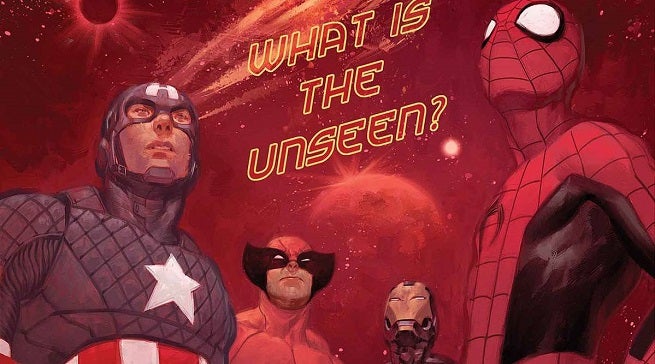 Out today from Marvel Comics, Original Sin #5 suffers a bit from middle-chapter syndrome.

Not quite the same middle chapter problem that most major event comics have had latley, though; while in most cases, stories like Secret Invasion and Trinity War have seen their middle chapters devolve into nothing but fighting, with no plot anywhere in sight, here we get the opposite. In those stories, the momentum of the story changes direction when suddenly everyone starts punching everyone else. Here, the momentum grinds to a crawl becuase it's exposition time.

This way actually works better for me, but your mileage may vary. In any event, the issue sticks out, given that writer Jason Aaron had been successfully balancing plot and action in previous issues. 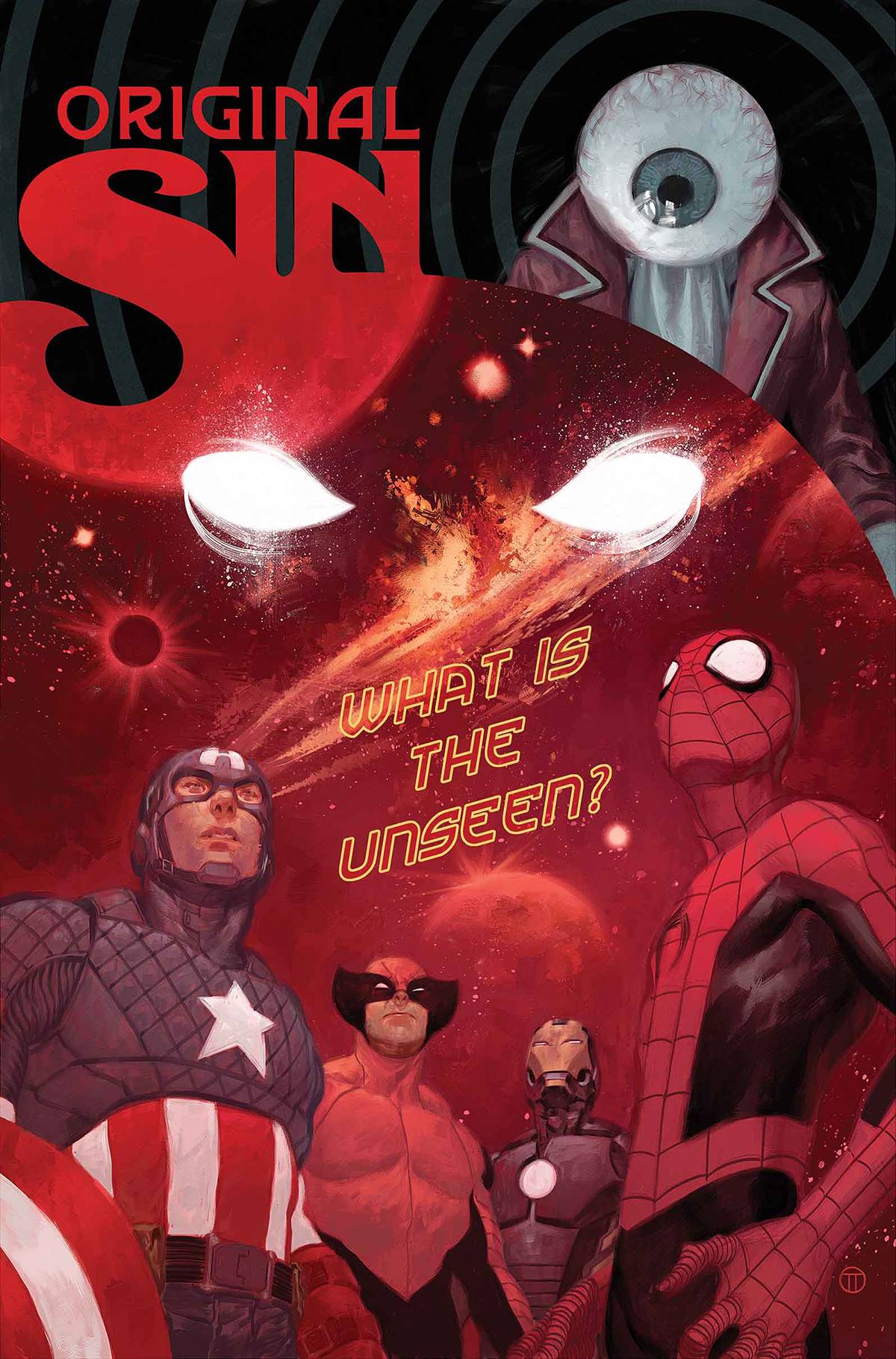 The issue, overburdened with winks and nods to the various tie-in stories happening in the pages of other books, is an exposition-filled episode that sets an intriguing new status quo for a key Marvel Universe hero -- but does so at the expense of much of the series' momentum.

Artist Mike Deodato continues to impress; in an issue where not very much movement happens (even the action sequences, told in flashback, are fairly full of talking heads), he still manages to infuse the story with a sense of energy that many artists would likely not.

Even Jason Aaron's script is not bad. The story that's central to this issue needed to be told for the rest of the series to make sense, after all, and it's a clever idea, executed as well as it can be when you're pointing a massive retcon cannon at your universe and letting rip all in the span of 20 pages.

None of the revisionist mythology hurts the issue or the Marvel Universe in general; while it may not have been explicitly spelled out before, what it tells us about both Nick Fury and the origins of S.H.I.E.L.D. all more or less tracks with the impressions most fans will have of those properties. Certainly, there will be places where unanswered questions likely pop up in the near future as a result of all this, but those will be fairly minor.

The characterization is...well, it is what it is. There's not much to complain about becuase of the dozen or so characters in the book, this title is Nick Fury's to do what he pleases -- mostly exposit -- and everyone else's role is to stand there, asking him to please repeat what he just said...slowly this time, so that people who aren't Nick Fury can understand it. To Aaron's credit, he does this without making any of the other characters seem dim, powerless or unbelievably incredulous. Still, in the context of a universe-wide event series, an issue that's basically one long speech from a particular hero feels like it should be its own one-shot or something. Of course, the fact that Fury seems to be shaping up as the series antagonist justifies those concerns, since if the villain explains his motivations for 20 pages and you put it somewhere else besides the main title, fans will riot. 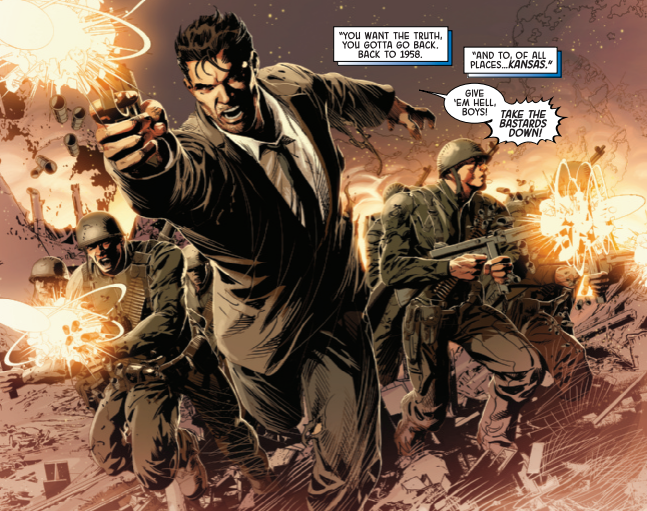 They also introduce a new character who has a lot of promise; it wouldn't be surprising to see Woodrow McCord (is he related to General McCord from the old Howling Commandos and Deadly Dozen comics? Seems likely...) show up in James Robinson's All-New Invaders.

What may be even more likely than that, particularly considering how willing Marvel has been lately to blur the lines between their print and cinematic universes with books like The Legendary Star-Lord (and the introduction of Fury's son in the first place), is that we could see McCord and his proto-S.H.I.E.L.D. operation pop up in Marvel's Agent Carter.

Whatever the case, the issue isn't bad -- and it may well read better in the eventual collected edition. Still, the fact that (like every other issue in the series so far) it ends on a big cliffhanger that's designed to take advantage of the serialized nature of periodical comics, it seems like other things it does that aren't as well-suited to that format are certainly worth a mention.

The bottom line: While this is not the most exciting chapter of Original Sin, and it seems that some of this exposition could have been done elsewhere and that some of the references to other tie-ins could have been more artfully delivered, it's still a necessary and beautifully-drawn chapter of what is one of the most interesting Marvel events in quite some time. Aaron adds to the mythology of the Marvel Universe in a couple of interesting and cool ways, and Nick Fury gets to shine in a way he hasn't in many years. 7/10