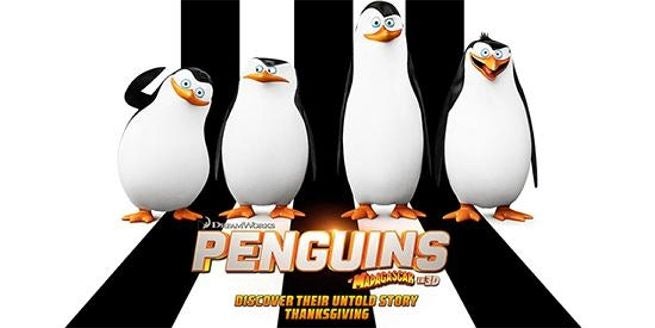 Dreamworks Animation will next release Penguins of Madagascar, a Bond-infused spy caper starring four cartoon penguins plus Benedict Cumberbatch as a smooth wolf and John Malkovich as a loopy octopus. There's a strong retro feel to the spy action - its more Roger Moore era Bond than Daniel Craig - and a lot of kid-friendly pratfalls and splats too. But there's also some cracking verbal gags, and things that only adult audiences will really get.

In this clip, for example, Werner Herzog is spoofing himself in a voiceover, and there's a brilliantly silly bit about snakes that kids would maybe laugh at but not really get.

Penguins Of Madagascar: Over Four Minutes Of Footage Released