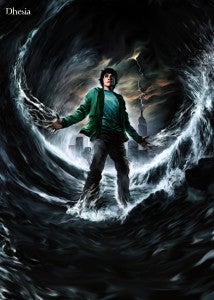 The Cinema Sins folks are at it again with a look at Percy Jackson & The Olympians: The Lightning Thief, mocking the first film just in time for the theatrical release of the second, which is due out on August 7.

Sequels have been a boon for these guys; they took aim at the X-Men franchise last week, too, ahead of The Wolverine. Surprisingly, they've been silent so far on the matter of The Smurfs.

"It's in the top 5 requested film all time for our channel, and today we finally grant your wish," the Cinema Sins folks write on the YouTube entry. "A sins video of Percy Jackson & The Olympians: The Lightning Thief, just in time for the sequel, which you probably couldn't pay us to watch at this point."