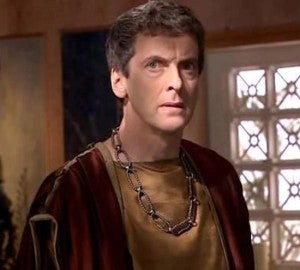 On Thursday, Comicbook.com pointed out how there had been a flurry of bets placed on Peter Capaldi to become the 12th Doctor on Doctor Who shortly before it was revealed that the BBC would officially be announcing the new Doctor this weekend. The timing of the rise in bets before the official revelation that the BBC had made a decision certainly points to those in the know attempting to capitalize on their knowledge.

Now, bookies have become so certain that Peter Capaldi is the new Doctor that they have stopped taking bets. According to the HeraldsScotland, odds on Peter Capaldi had him down to a 5/6 favorite , but people were still trying to place as many bets as possible on Capaldi. It’s rumored that only ten people officially know the name of the new Doctor, but the fact that most in the mass media are listing Peter Capaldi as the top favorite likely helped to fuel bets as well.

While Peter Capaldi is best known for playing Malcolm Tucker on The Thick of It, he did appear on Doctor Who as Caecilius in The Fires of Pompeii episode. Capaldi is also known to be a huge Doctor Who fan.

Another interesting footnote that we pointed out on Thursday is that on Peter Capaldi’s IMDB page, he is listed as playing a W.H.O. doctor in the 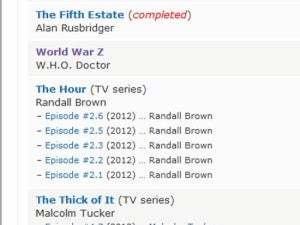 movie World War Z.  Of course, the W.H.O. is short for World Health Organization, but it still makes for an interesting coincidence given all the speculation.

Doctor Who Live: The Next Doctor will air at 7 PM UK time on BBC1 on Sunday, August 4, 2013 and will be simulcast live on BBC America at 2 PM ET.