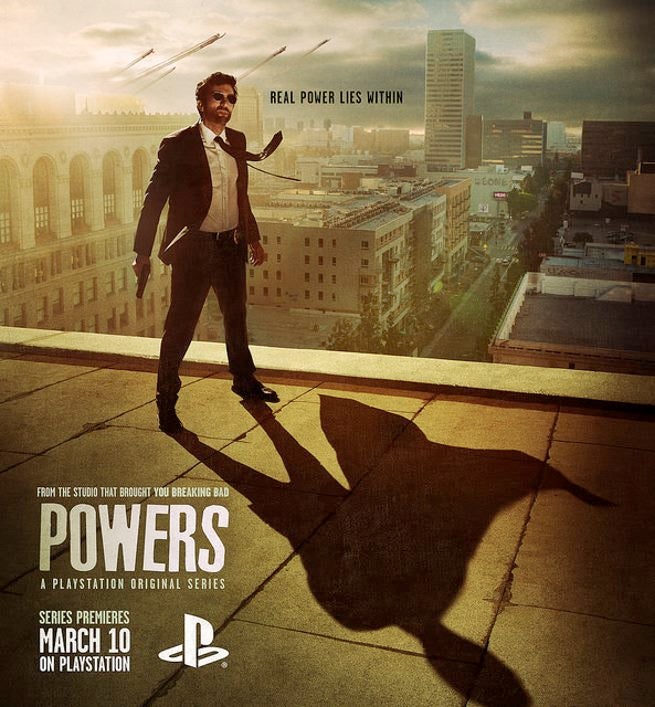 Over at the official PlayStation blog, co-creator and executive producer Brian Michael Bendis has announced that the Powers television series will premiere on the PlayStation Network on March 10. The first three episodes of the 10-episode series will all be released at once, with a new episode debuting each following Tuesday.

"I'm happy to report that production has wrapped on all 10 episodes of POWERS," Bendis writes on the blog. "Under the skillful hands of our showrunners Charlie Huston and Remi Aubuchon, our amazing directors, writers, cast and crew, the episodes are coming together beautifully."

Bendis also mentioned the upcoming Powers #1, a jumping on point for anyone interested in exploring the Powers comic book universe. The double-sized issue will be released at regular-sized price on January 21.

As reported previously, Bendis will be making an appearance on Late Night with Seth Myers tonight to help promote Powers, which is Sony's first PSN original series.