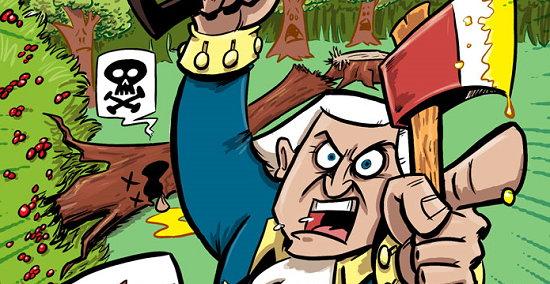 Written by Fred Van Lente and drawn by Ryan Dunlavey, the first issue profiles the nation’s first chief executive, the “Father of His Country,” in the hilarious-but-accurate manner of their previous works, Action Philosophers and The Comic Book History of Comics.

“Long-announced, finally-arrived, Action Presidents will profile a different Chief Executive in each issue, at least until we start getting to the really lame ones,” explained Evil Twin Comics’ Co-Owner, Head Writer and Janitorial Assistant, Fred Van Lente.

“George Washington” was originally commissioned by the literacy nonprofit Reading with Pictures as part of the successful Kickstarter for their upcoming Graphic Textbook.

For now, Action Presidents will be Evil Twin Comics’ first digital-only series, each issue premiering on Comixology and retailing for $1.99, with a special "dead tree edition" (we're assuming cherry) available through distributor Tony Shenton and at conventions. Once the creators have five or six issues under their belt they will announce plans for a collected print edition.

Check out the preview pages below. 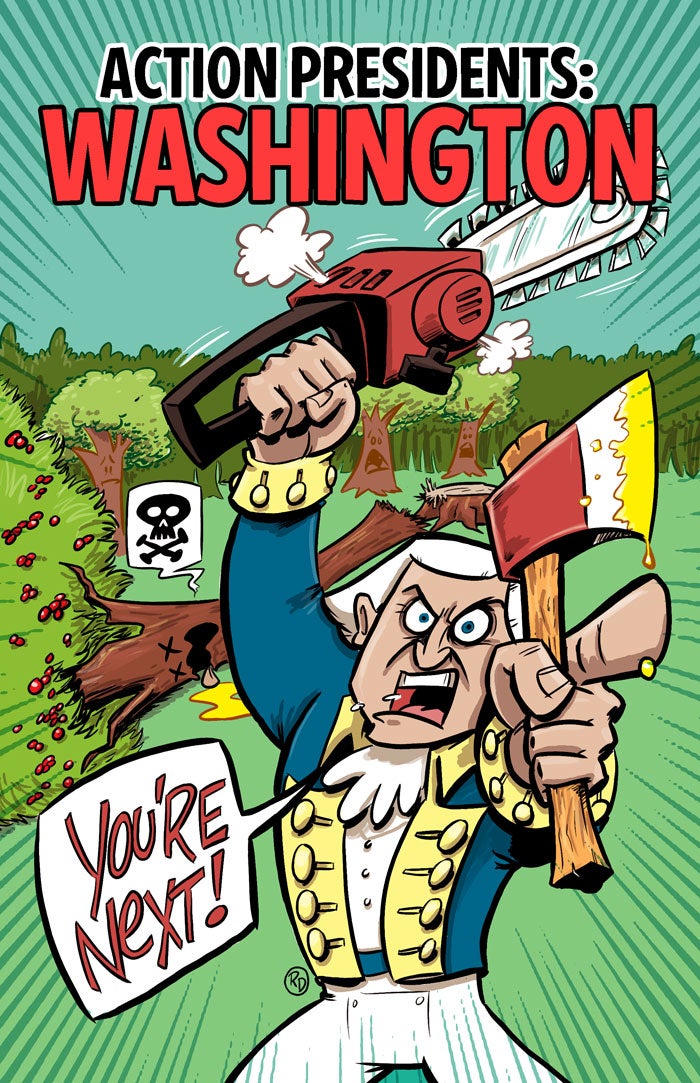 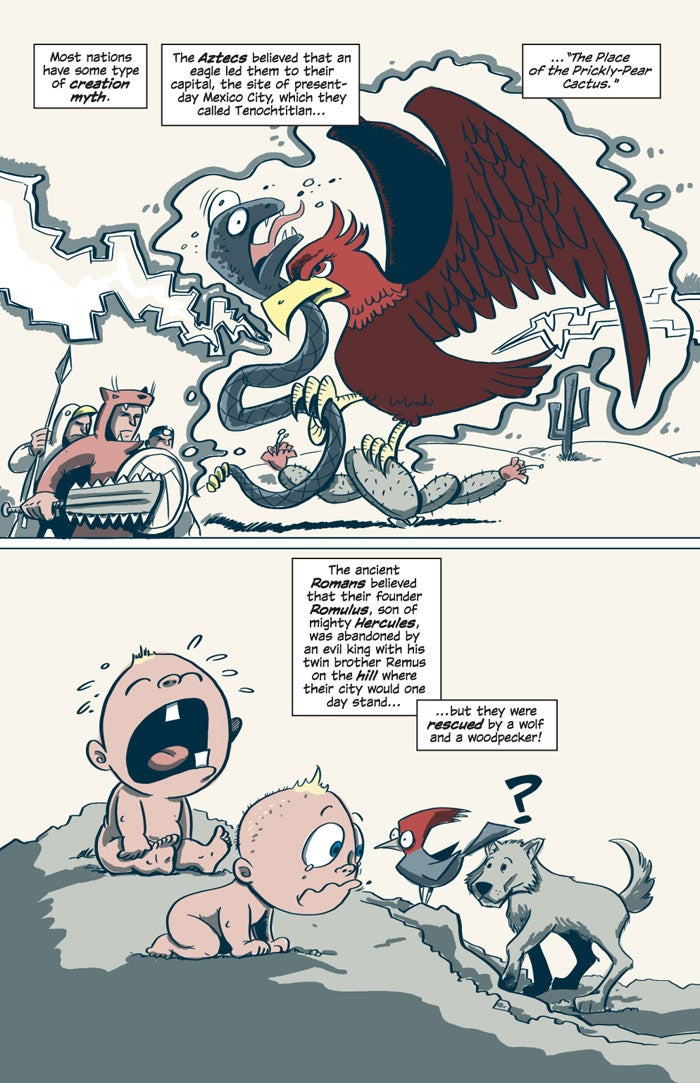 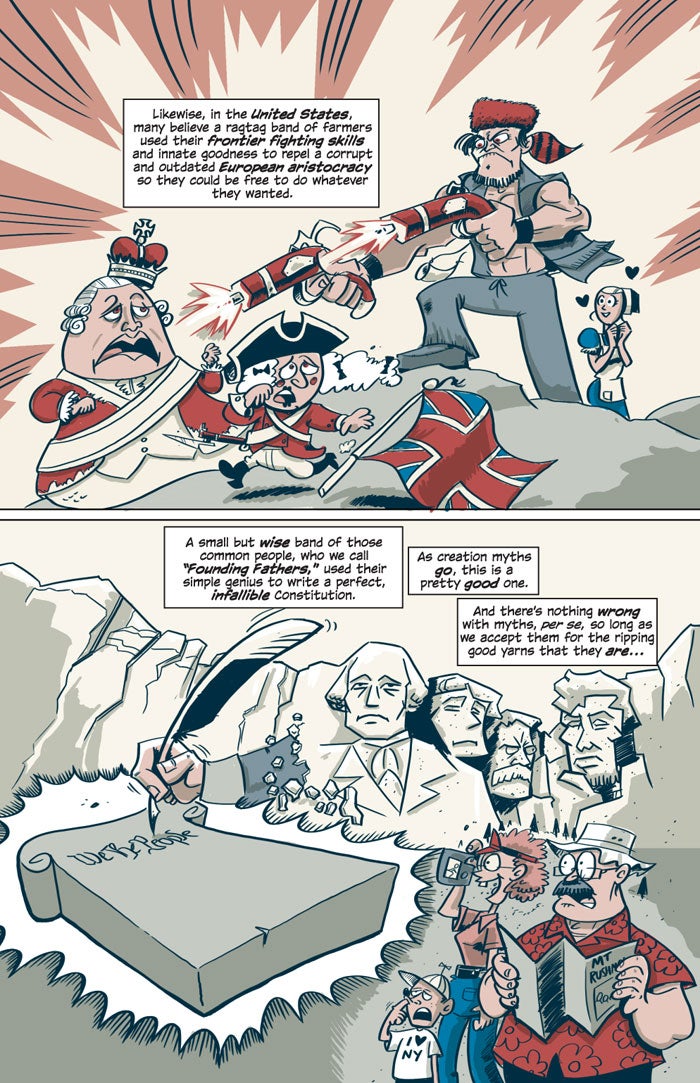 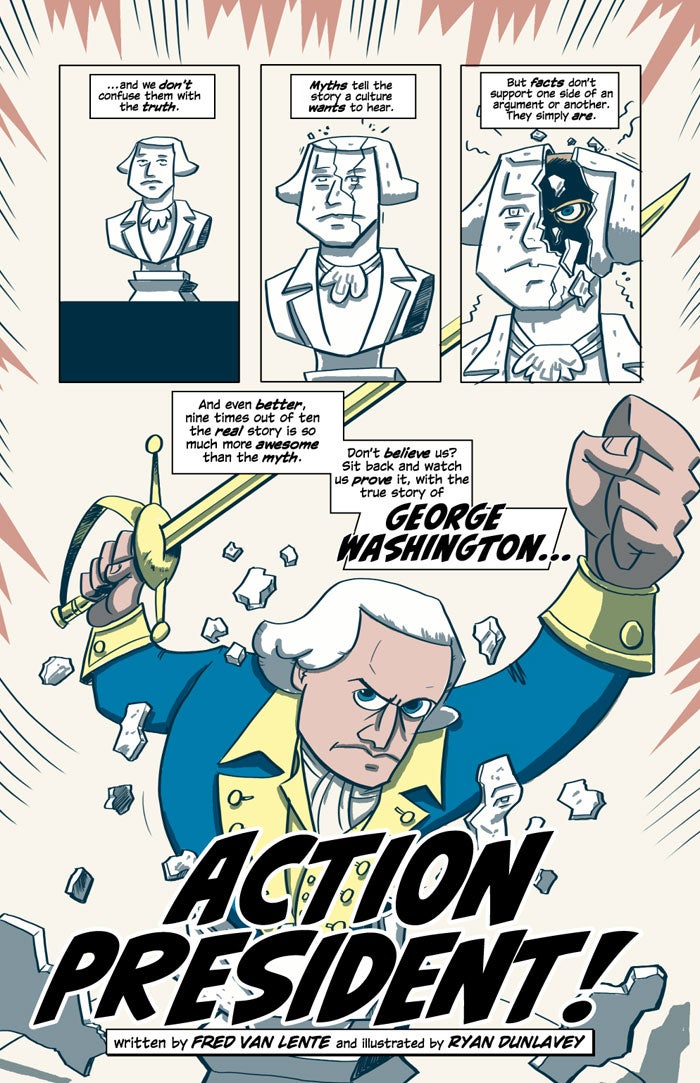 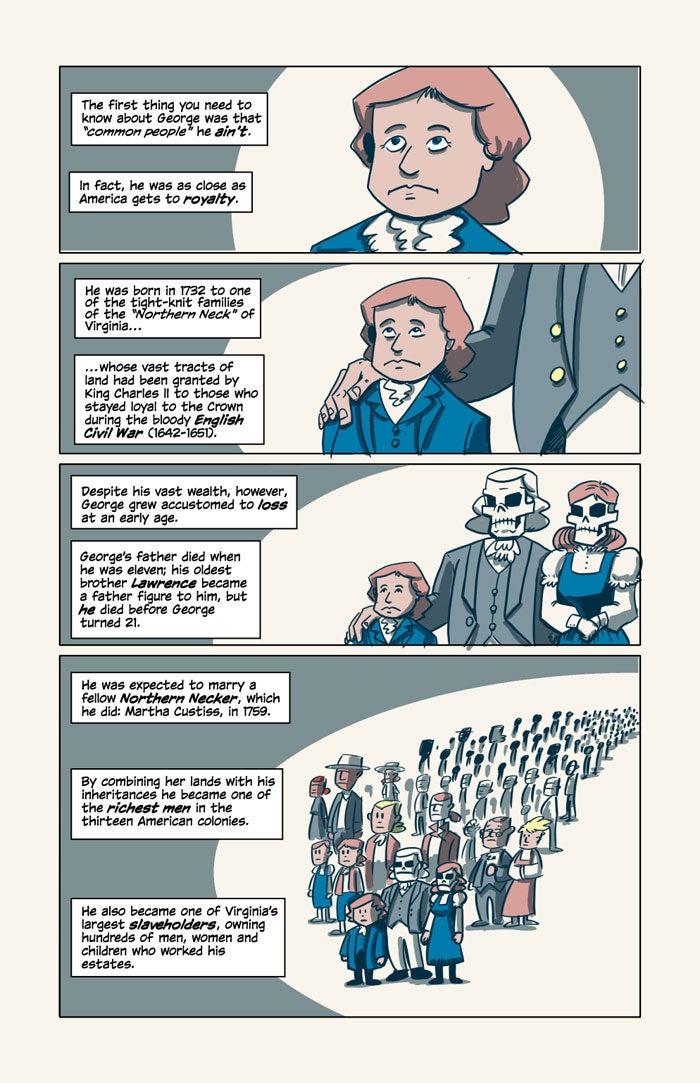 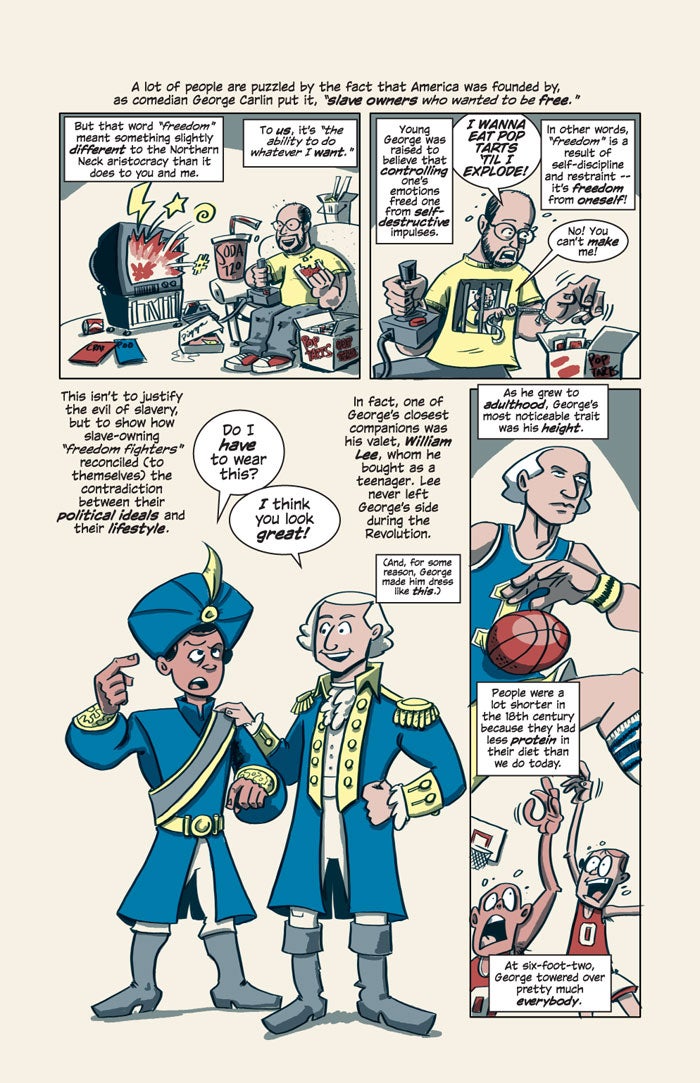 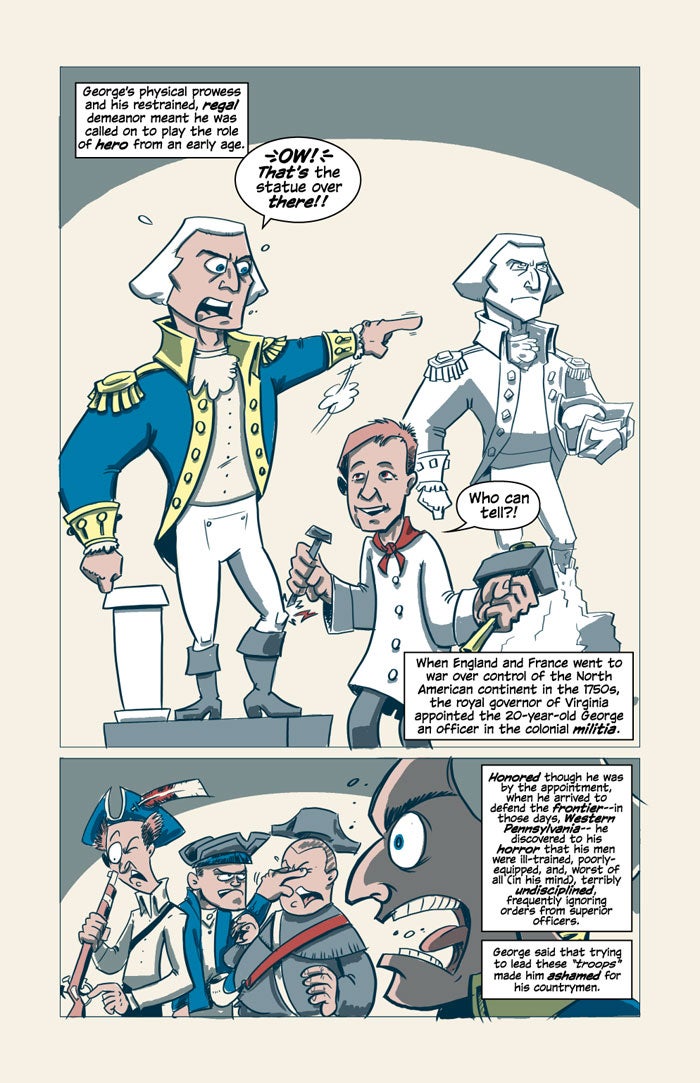