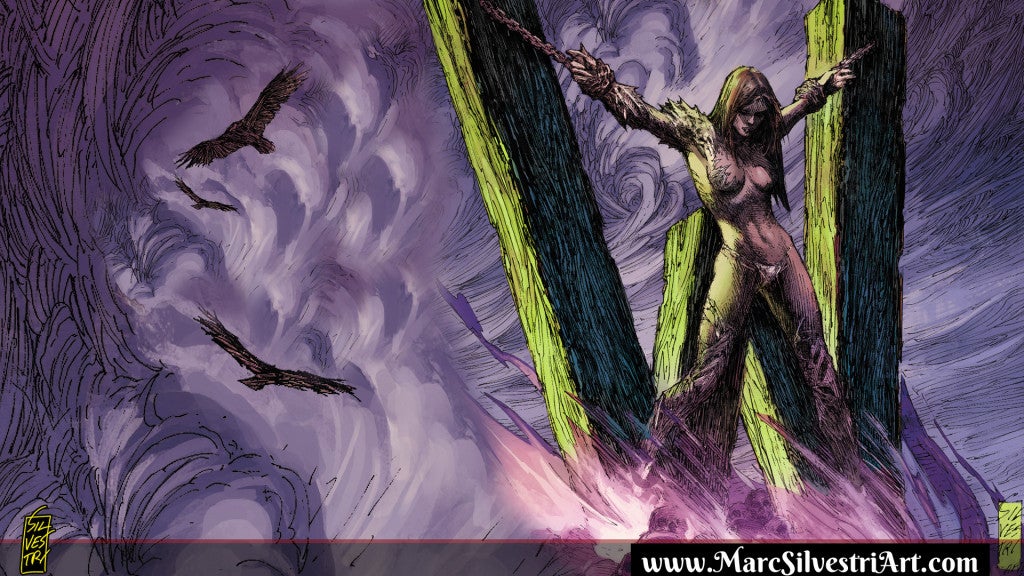 Ron Marz, the writer who has defined the character of Sara Pezzini arguably more than anyone since her creators (one of whom, Marc Silvestri, drew this month's cover, featuring the issue above), returns to the character on October 30, after nearly two years away.

During that time, Witchblade has undergone a fairly major change; the first arc of Marz's Artifacts ended with a rewrite of Top Cow's timeline, and the loss of Pezzini's infant daughter (she didn't remember the child, exactly, but was aware something was missing from her life). Seeley took the character in a "sexier," a bit grittier direction, including a change of venue that took Sara to Chicago (where he hoped, but it was ultimately never in the cards, that she could team up with Savage Dragon).

Marz, at the time, wasn't particularly upset by so much of what he'd been building during his epic first run on Witchblade being essentially relegated to backstory.

“Most of the time these event series end up equating to a reset button,” Marz told me in an interview for Champion! Magazine at the time. “You're dealing with characters who have lives beyond the comics--which are frankly a lot more profitable than just the comics--so the publisher wants to preserve the status quo of what those characters are so you can sell other products. We're thankfully in the position where we don't need a reset button; it's more like a fast-forward button for us. We jumped into a different status quo and we're going to play in that playground. We're not looking for a way to get back where we started because I tend to think of the stories that we do as moving forward.”

Now, though, moving forward means a return by Marz, and we've got a look at the issue below.

RON MARZ RETURNS TO WITCHBLADE! Sara Pezzini has been a cop, a mother, a girlfriend, and a private investigator. She is none of those things anymore. The only thing tying Sara to her past and preventing her from forging a new chapter in life is the Witchblade. But with everything else gone, who will Sara Pezzini be if she gives up the Witchblade? 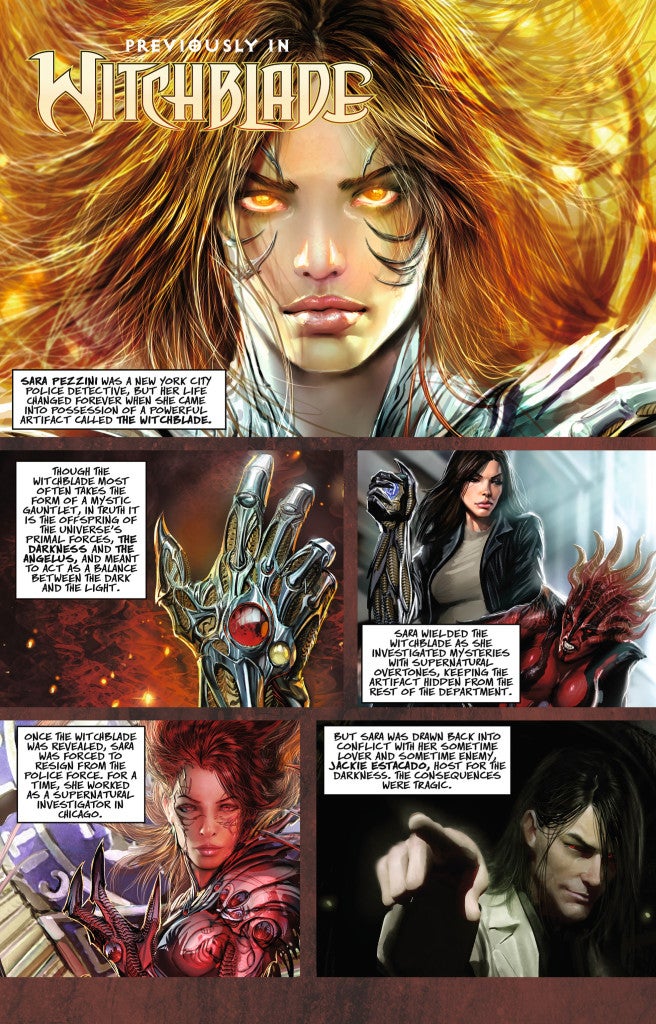 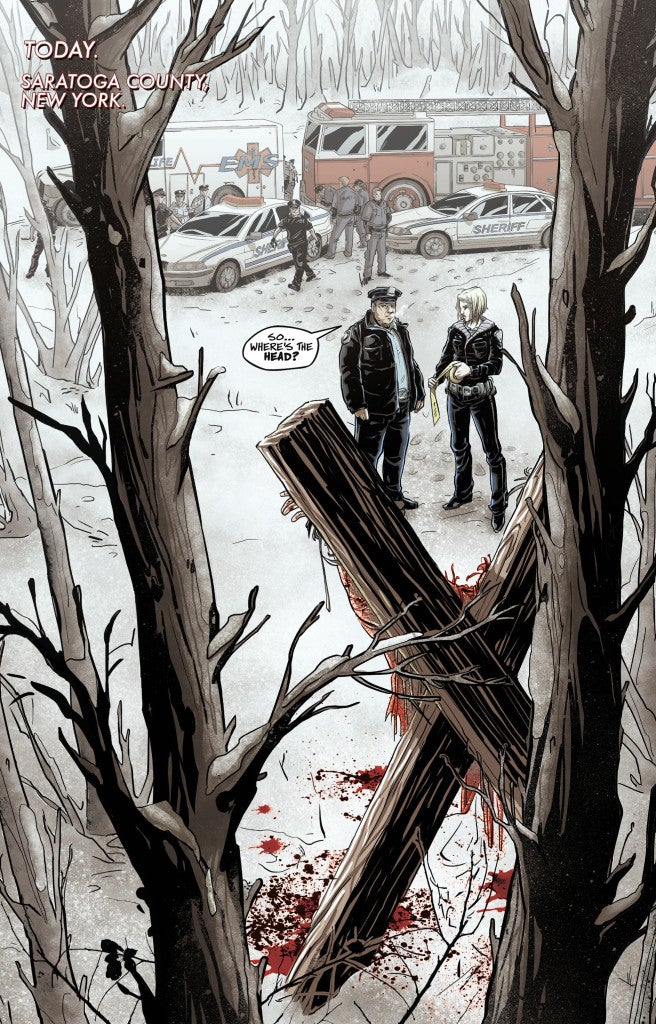 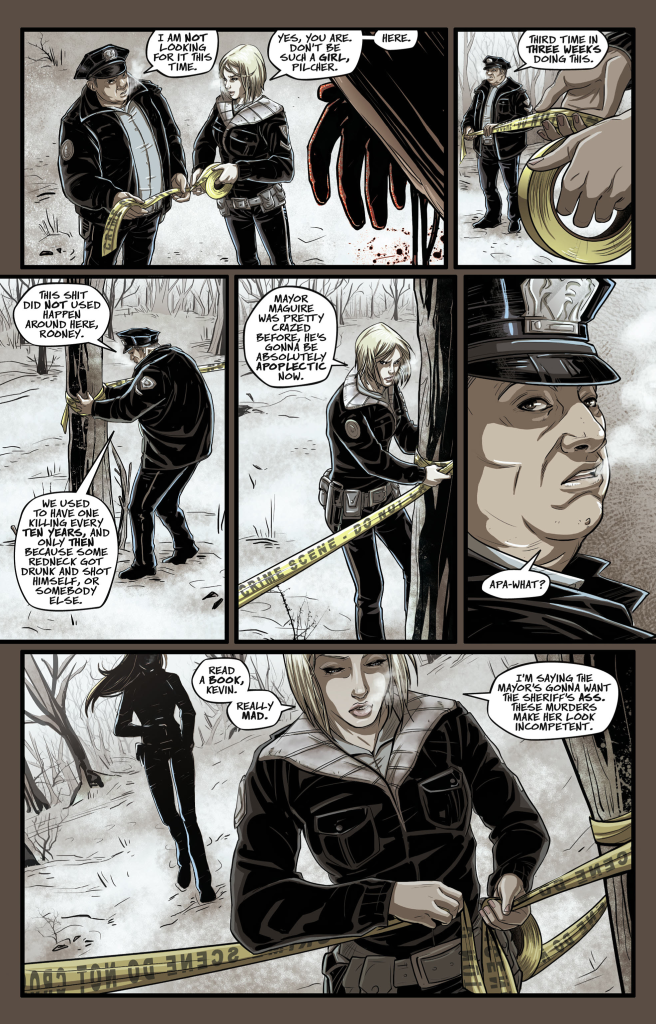 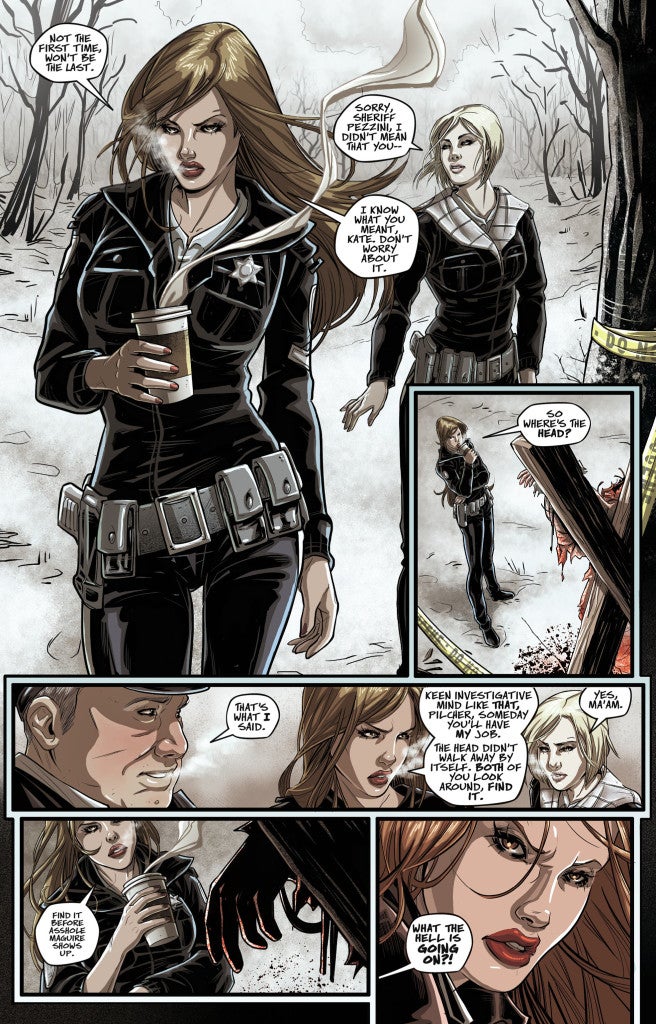 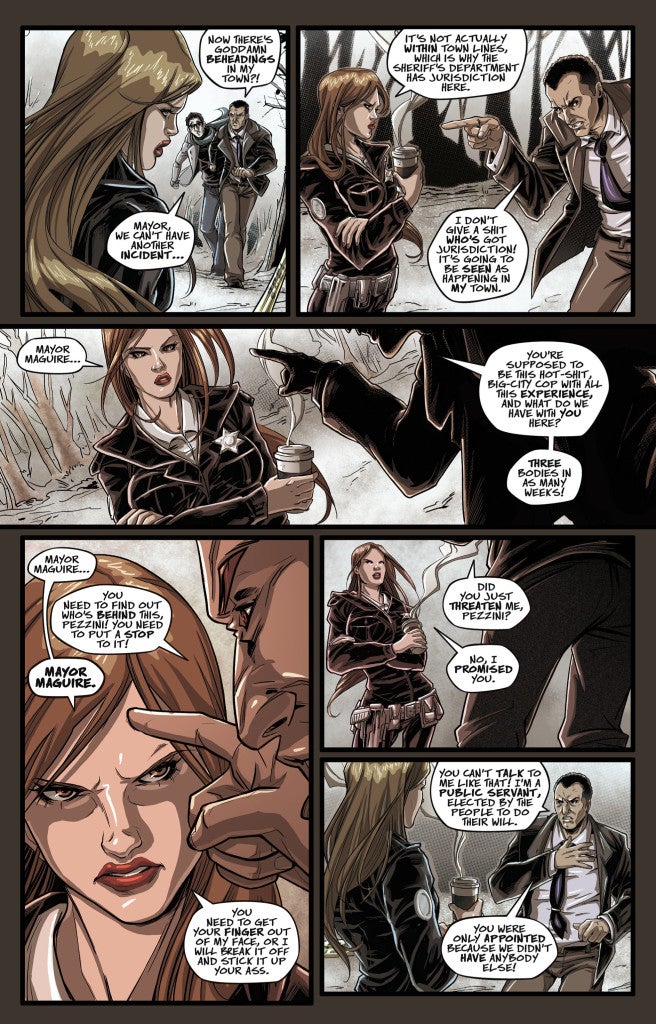 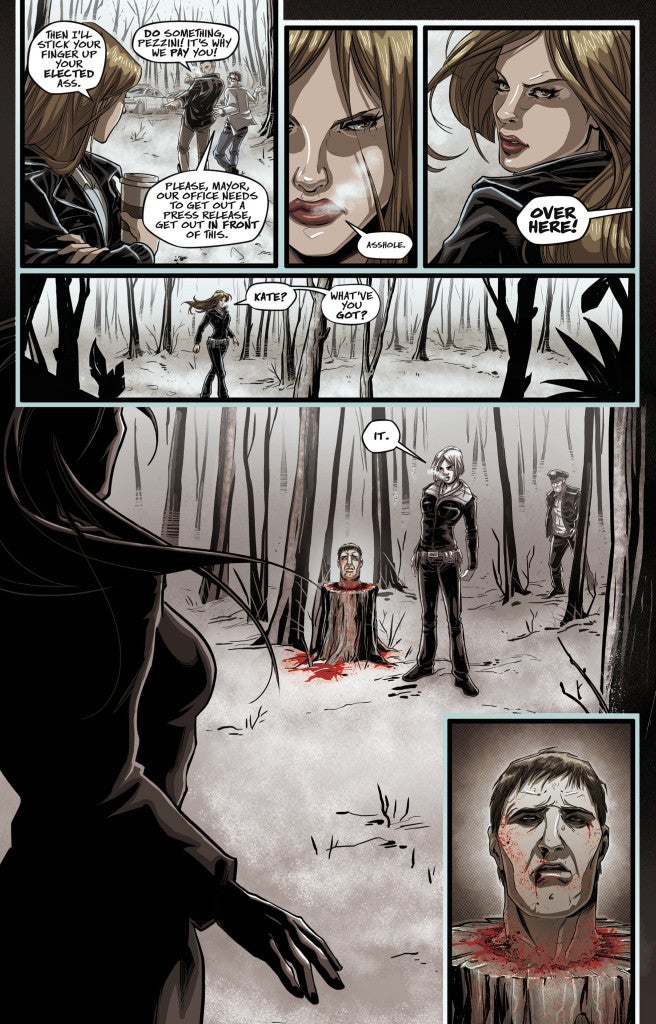 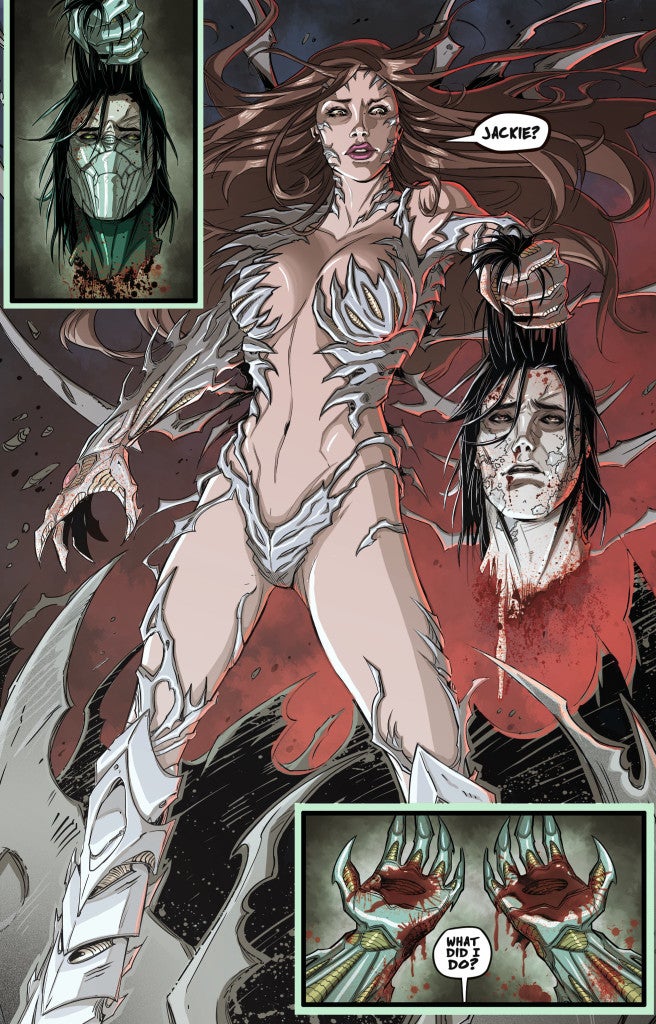 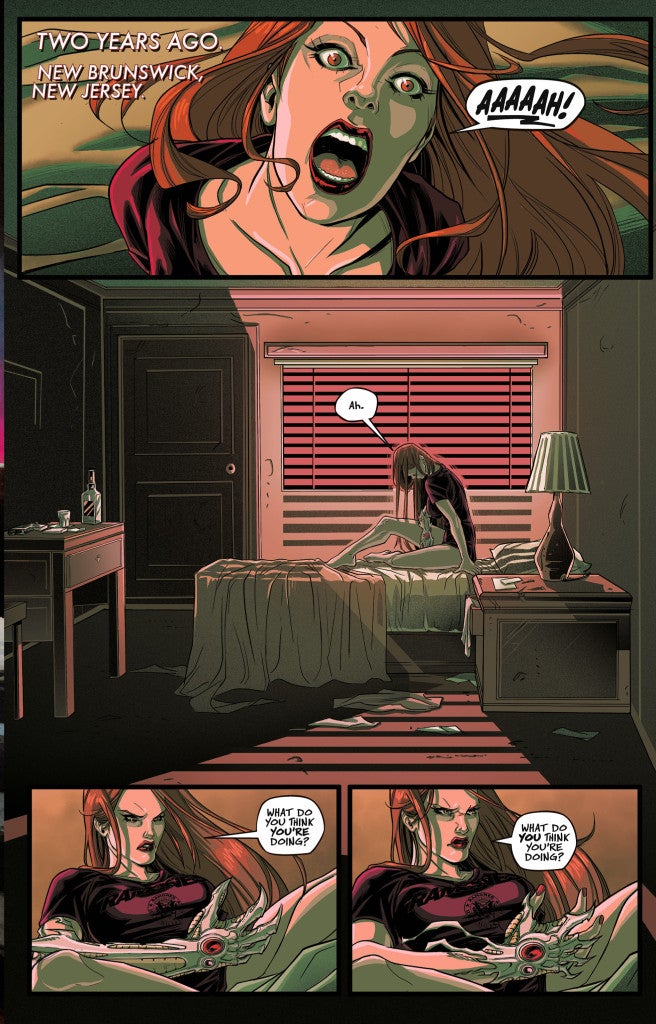 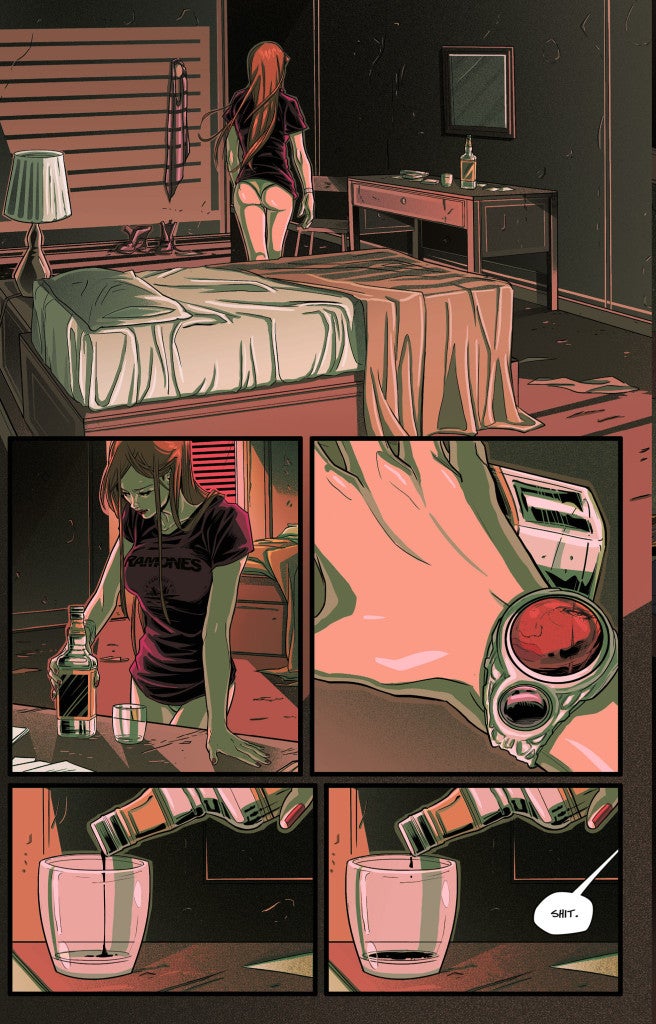