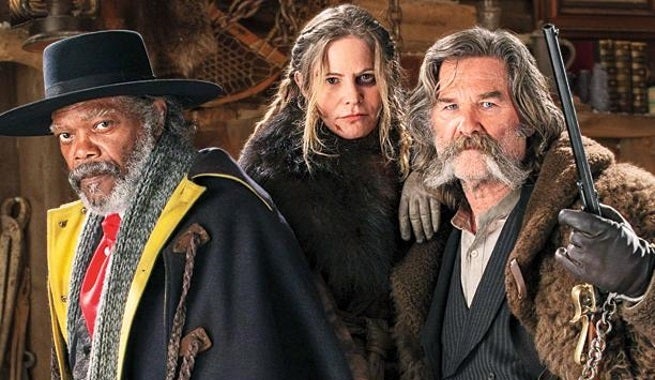 The actors appear on the cover of the newest issue of Entertainment Weekly. The issue’s feature story will reveal more about Quentin Tarantino’s new film, which is said to be more intimate than his other most recent works, having more in common with Reservoir Dogs than Inglorious Basterds or Django Unchained.

“For me it has more of a Western Iceman Cometh kind of vibe about it,” says Tarantino. “A bunch of guys in a room who can’t trust each other. That wasn’t a marching order when I sat down to write the script, but pretty quickly I realized this is kind of a nice coming-full-circle.”

The Hateful Eight opens November 13. See the full cover below.

Does Marvel's Blade Reboot Need to Be Rated R?