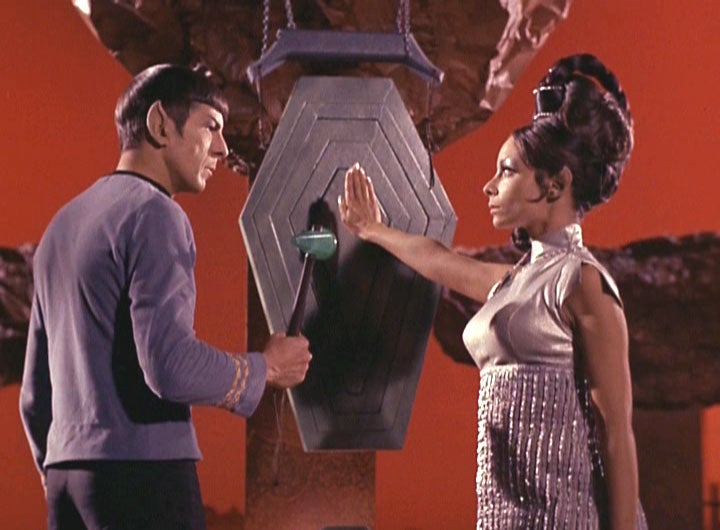 Martel was remembered on social media by a number of former co-stars and collaborators, including Leonard Nimoy.

Martel's friend Marc Cushman, author of the book These Are The Voyages, confirmed the news via the book's official Facebook page. She apparently died following complications from a recent heart attack.

At the end of June, she and Cushman appeared in Santa Monica, California, to promote the book. It would be her final public appearance.

The site notes that Martel is also known for appearances on Bewitched, The Wild, Wild West, the original Battlestar Galactica. She also appeared on The Outer Limits.

Significant Other Filmmakers Explore Venturing Into the Unknown for New Thriller