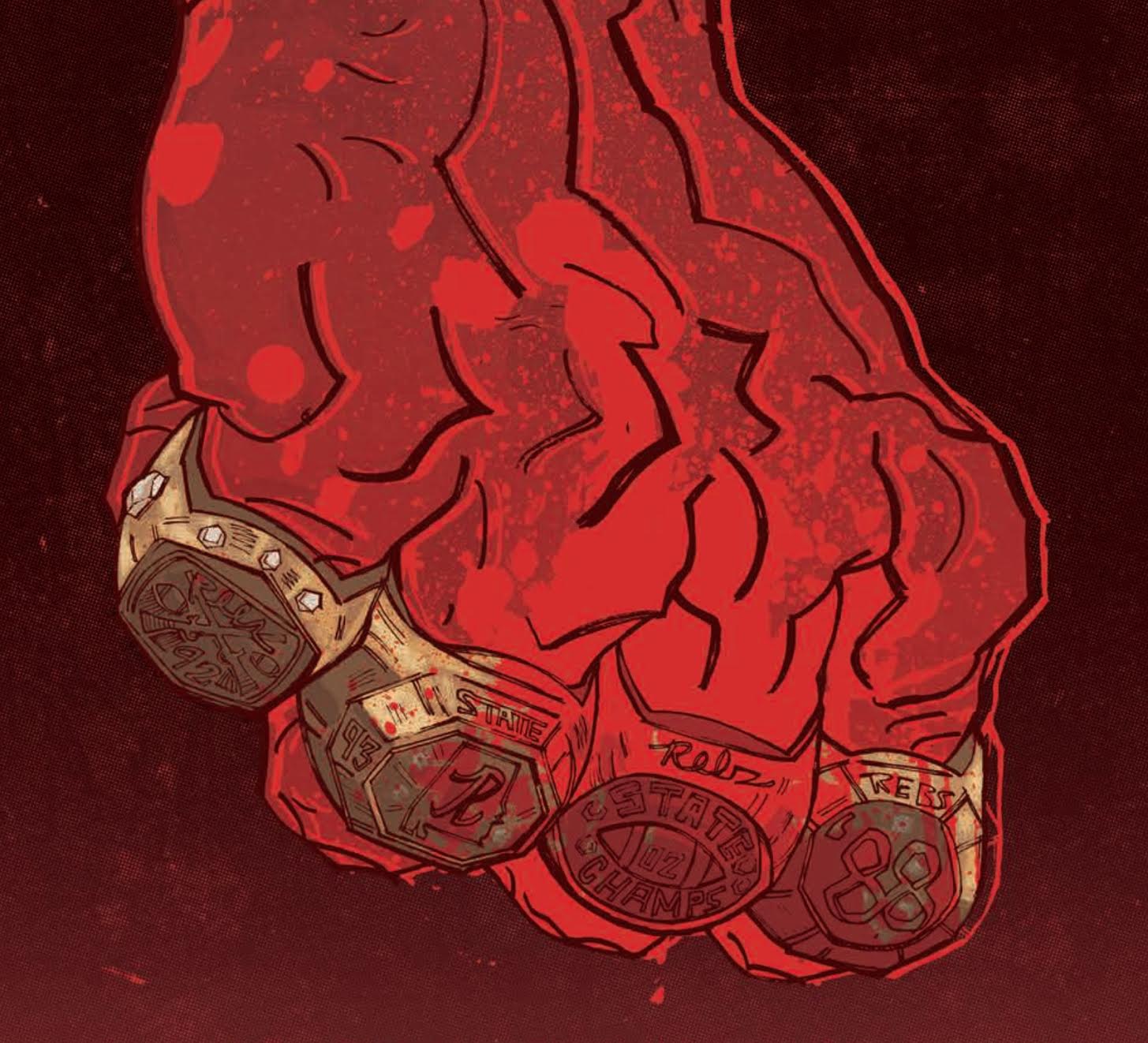 I remember pleading with my father when I wanted something as a child. Looking at a new Transformer figure or Animorphs novel, I'd feel a need to have it. It was the kind of passionate, but transitory need that seems so common in childhood. So I would tell him that I wanted this thing or that. I would strain against those words with force and yearning in the hopes that he might take pity and use his money to obtain this suddenly all-important object. His response was consistent and concise:

It was a question I didn't take too seriously then; just another quip meant to keep me from bankrupting the household with new hobbies and fascinations. Looking back though, I realize my father was trying to impart some wisdom along with his humorous question. He wasn't dismissing me, but asking me to examine this feeling that compelled me to beg and plead. Wanting is a very compelling feeling. It's what drives us to work and strive. My childhood wants may have been petty and easily forgotten, but that passion wasn't imaginary. It's the same basic emotion that is capable of driving a man to work 100-hour weeks, to sacrifice fortunes, and, even, to kill. Wanting is powerful, so it's worth carefully considering the question:

That's the question within the heart of Southern Bastards #8, an issue so well-crafted and powerful, it secures the series a position amongst the absolute best comics on today's shelves. In this concluding chapter, the on Coach Euless Boss' origin is finally closed. Coach Boss was initially painted as a man so severe that he defied any sense of sympathy, but that harsh characterization has been effectively subverted in this subsequent story arc.

Jason Aaron and Jason Latour do not reveal that Coach Boss isn't as cruel or hateful or spiteful as he was shown to be in Southern Bastards #4. He is still, without a doubt, the hellacious monster of a man presented at the beginning of this story. This monster wasn't born though, he was made. Before he was Coach and before he was this monster, Euless Boss was a boy who loved football more than anything else in the world. All he wanted to do was play football. That want was not the fickle wanting of a boy, but the passionate, relentless wanting that can define a man's life. It's the kind of want that demands everything Euless Boss can give, even blood.

From the opening page, Southern Bastards #8 stands out as something unique within the story so far. Latour's coloring and backgrounds in the first few panels contrast against the series' established look and feel. The woods and setting sunlight that provide the backdrop for Euless' climb into the hills of Alabama look like the work of woodblock printing. It is a rich, textured sequence that captures the effervescent beauty found in some of America's harshest regions. That beauty, for the few panels in which it lasts, is made all the more significant when set beside the stark, bold portrayal of Euless. Latour's characters are presented with only the most necessary of lines, drawing forth the essence of these dynamic, violent men like Kirby creations filtered through crime noir. In this first page, Latour strikes a tone of epic importance on the level of a Greek tragedy, the center of which is the stoney face of Euless Boss. 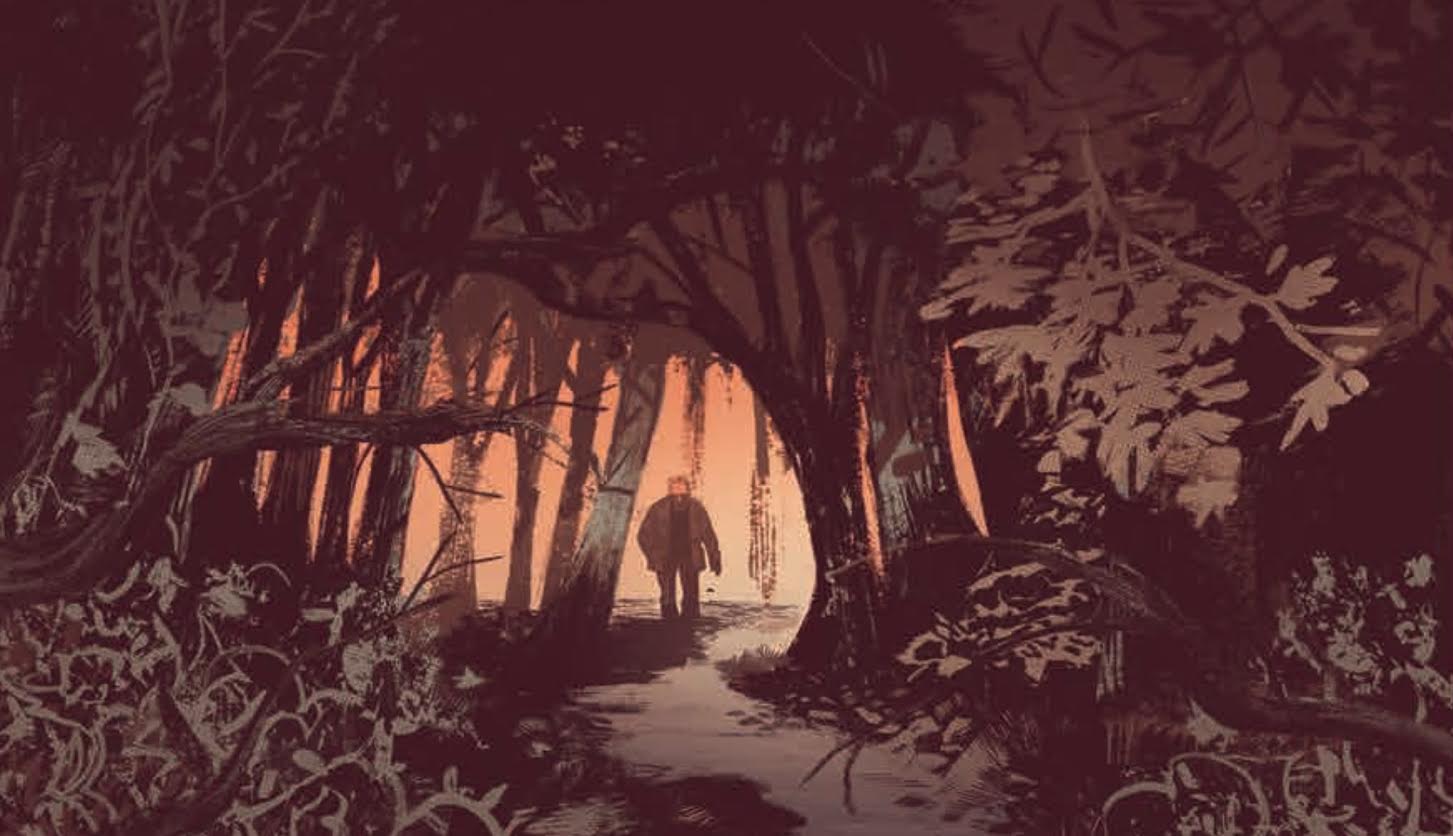 Latour creates an even greater contrast within Southern Bastards #8 with his coloring. The beaten, off-white that backdrops the gutters, borders, and most panels of each page makes the wide array of reds explode forth from the page. There's blood here, and Latour uses the appropriately muddied hues of red to indicate the ugly stains it leaves behind. The color is an important symbolic element as well. A bright, shining red is used to highlight violence and the moment where Euless Boss is forever altered by the demands of his wants. It's not the real color of blood, but the passionate, eternal red that you equate with bleeding. This is the burning, clear color of rage and need that defines Coach Boss. It is not just the color that surrounds him at the climax of the story, but the color that coats the uniforms of the Runnin' Rebs.

Red is the color that ties all of this story together. It is the color of blood. It is the color of passion. It is the color of football in Craw County. Red represents both what Coach Boss wants and the price he pays to get it. Southern Bastards #8 takes everything constructed by Aaron and Latour in the three previous issues of Coach Boss' origin, and in the series thus far, and binds all of it together into an issue every bit as staggering as the shocking conclusion to Southern Bastards #4. This issue does not simply reward plot and character in a satisfactory manner, but also fundamentally weaves its climax into the work. Style, coloring, dialogue, and so many emerging themes are drawn together in these 22 pages. This is serialized storytelling crafted and applied for maximum effect, revealing the necessity and purpose of so many elements from before. 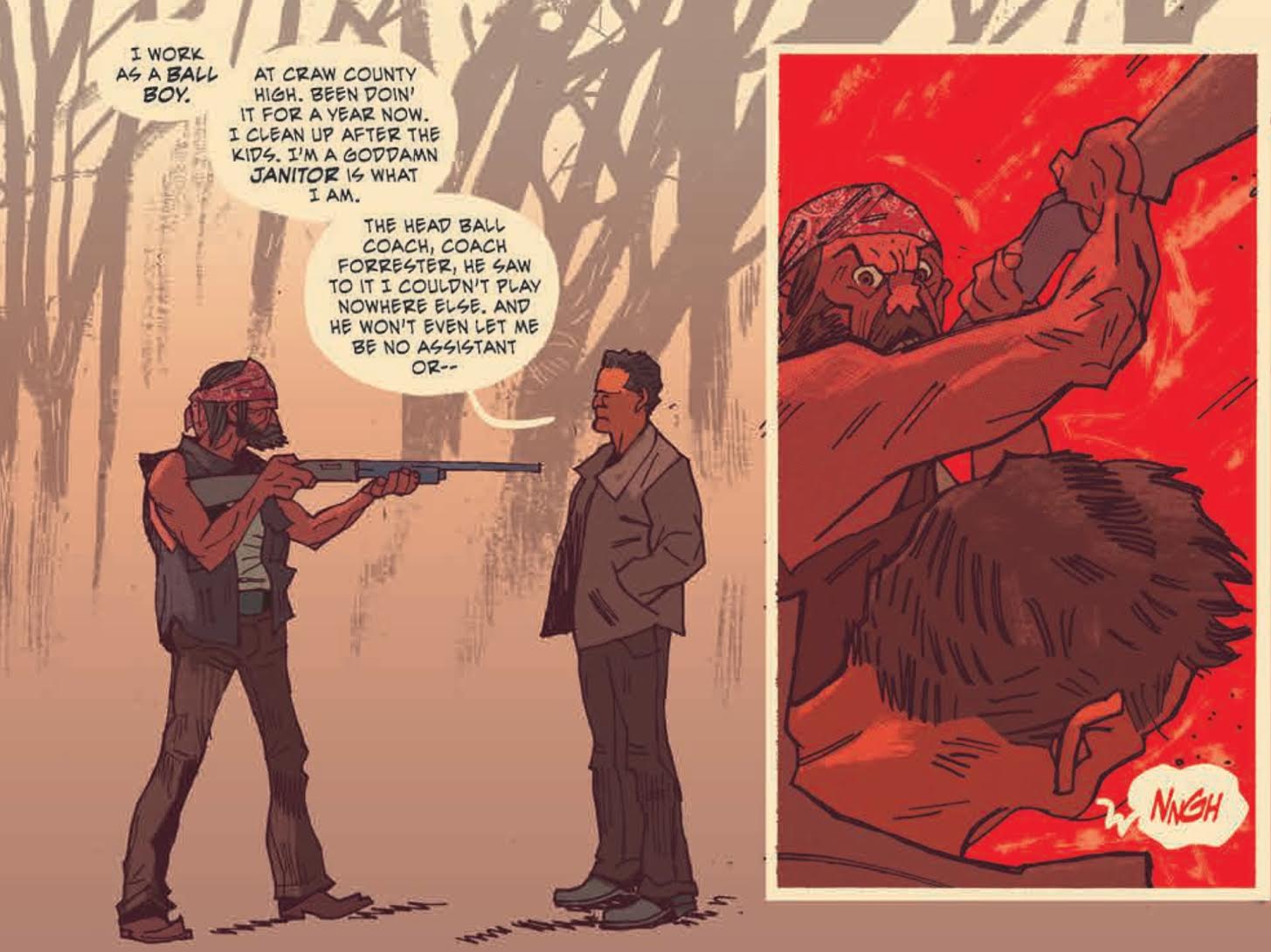 Southern Bastards is the best the comics medium has to offer. Though entertaining and exquisitely crafted, its sum total is greater than either significant parts. Aaron and Latour have a lot on their minds, and those ideas have simmered since Southern Bastards #1. Here, they hit a rolling boil and the water has begun to spill over. Euless Boss' story is a tragedy, and it's also a challenge. The monster who shattered the story at the end of Southern Bastards #4 has been revealed as a man, not too different from any other. He is a man who wanted nothing more than to play football. It's the kind of want that defines so many lives; it is well-intentioned and harmless, until it is not. This is the sort of desire that leads down so many dark paths, which haunt the landscape of America. Euless Boss' desire isn't alien, it's perfectly understandable. It has also led to the spilling of blood in copious amounts.

There's blood on the field. There's blood all over Craw County, Alabama. It's the price the world is paying for what Coach Euless Boss wants more than anything else.

So at the end of Southern Bastards #8 Aaron and Latour leave us with our own desires, and the joy to question their price. Is it worth the blood? It's a very simple question that they're asking, but also one that's capable of revealing very dark truths.

Southern Bastards #8 is available on April 1.

Review: Southern Bastards #8 Is A Glowing Statement On The Price Of Desire