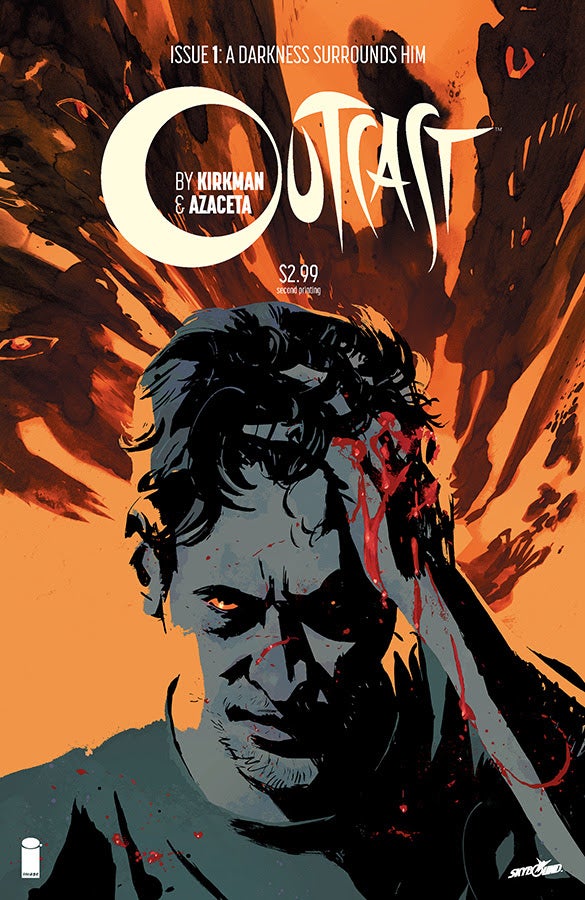 Outcast, the new comic from The Walking Dead creator Robert Kirkman and artist Paul Azaceta, has sold out and been sent back to press ahead of its release date. Outcast is the first new series written by Kirkman since AMC’s television adaptation turned The Walking Dead into a global phenomenon.

Outcast, debuting this week in a special double-sized first issue, introduces Kyle Barnes, his tragic past, and his unusual gift. Kirkman and Azaceta are creating a dark and suspenseful story about demon possession that blends the supernatural with a realistic setting. Outcast will strike a tone similar to the films The Exorcist and The Sixth Sense with a protagonist evocative of The Ghost Whisperer.

“The Walking Dead was grown out of the direct market, everything it's gone on to become wouldn't have been possible without support from the comic book retailer community,” said Kirkman. “To see Outcast selling out ahead of release like this was clearly unexpected, but it continues a reassuring trend that could see many more homegrown phenomenon that will keep this industry we love vibrant for centuries to come.”

“If there’s one thing I’ve learned about Robert Kirkman over the decade plus I’ve known him, it’s to expect not just the unexpected, but everything from the twisted to the sublime,” said Eric Stephenson, Publisher at Image Comics. “Robert is constantly developing as a writer, finding new ways to get under the skin of his characters and the ever-growing audience that loves them, and Outcast is probably his most adventurous work yet. Even if you think you know what he has in store for you, this book is going to both shock and scare you.”

The Outcast #2 and the second printing of Outcast #1 will both be available July 30.

Robert Kirkman's Outcast Sells Out Ahead Of It's Release Date, Second Printing Announced