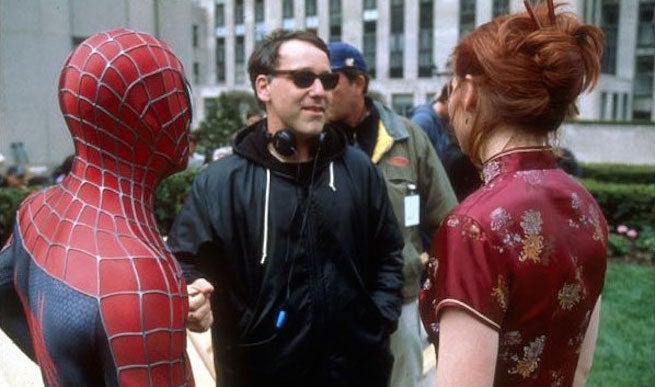 Sam Raimi opened up on his time working on Spider-Man 3.

In a recent Nerdist podcast, the director shared why he believed the third film wasn’t as successful as the previous installments, Pajiba reports.

“It’s a movie that just didn’t work very well” Raimi explained. “I tried to make it work, but I didn’t really believe in all the characters, so that couldn’t be hidden from people who loved Spider-Man. If the director doesn’t love something, it’s wrong of them to make it when so many other people love it. I think [raising the stakes after Spider-Man 2] was the thinking going into it, and I think that’s what doomed us."

Raimi added, "I should’ve just stuck with the characters and the relationships and progressed them to the next step and not tried to top the bar …[But] directors don’t like to talk about their bad films.”

When asked if he could do it over again, Raimi answered he’d love to, but “I wouldn’t’ make that movie.”