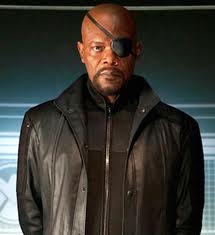 Spike Lee is gearing up to remake "Oldboy," and the news keeps getting better. Having cast Josh Brolin in the lead role, I was excited about the direction Lee was taking. And now he's brought on a favorite of our readers--Samuel L. Jackson.

In case you're not familiar with "Oldboy" (one of my all-time favorite movies), the original film was done by Chan-wook Park. The story centers around a man (Brolin) who is kept imprisoned for 15 years--and he doesn't know why. He is released, but only has five days to find out why he was imprisoned and who did it.

It's the ultimate revenge film, and Jackson plays a small, but very important role in the film. According to the L.A. Times, Jackson is the man who guarded Brolin's character. And Brolin gets his revenge in a big way.

The remake is in pre-production, and we haven't been able to lock down a possible starting date for principal photography. When we get those details, we'll let you know. But you should certainly put this film on your "must see list" for the future.