Warning: This article will definitely spoil the events of Batman #40.

Scott Snyder and Greg Capullo wrapped up their big "Endgame" storyline in today's Batman #40, and the issue's ending has left many fans stunned.

The issue ended with a climactic battle between Batman and the Joker inside a cave containing a cure for the Joker's plague. The two fought until near death and the Joker detonated the cave. Satisfied that he'd saved his city once again, Batman accepted his fate and the two were buried in the cave in.

The issue makes it seem like Batman and the Joker are both dead, and Snyder confirms that this is indeed the case.

"So what I'm saying is, yes, they're dead -- and they went into it ready to die; so there's no sort of trick to it," Snyder tells IGN.

Of course, Snyder acknowledged that nobody really stays dead in superhero comics, and teases stories ahead.

"But, that said, if we didn't have a story that we really loved about where they're going to end up somehow, we wouldn't do it. You love the characters too much to do that to the fans. So yeah, just stay tuned." 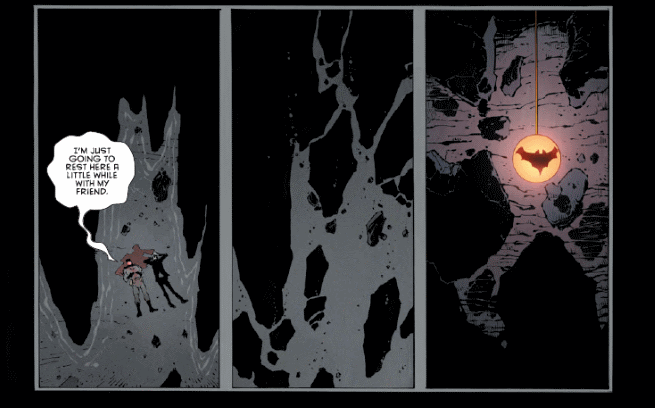 DC Comics is deep in Convergence right now, but we know that the when Batman #41 ships it will feature a mech-suit Batman with someone other than Bruce Wayne inside. This ending goes a long way towards explaining why that is.