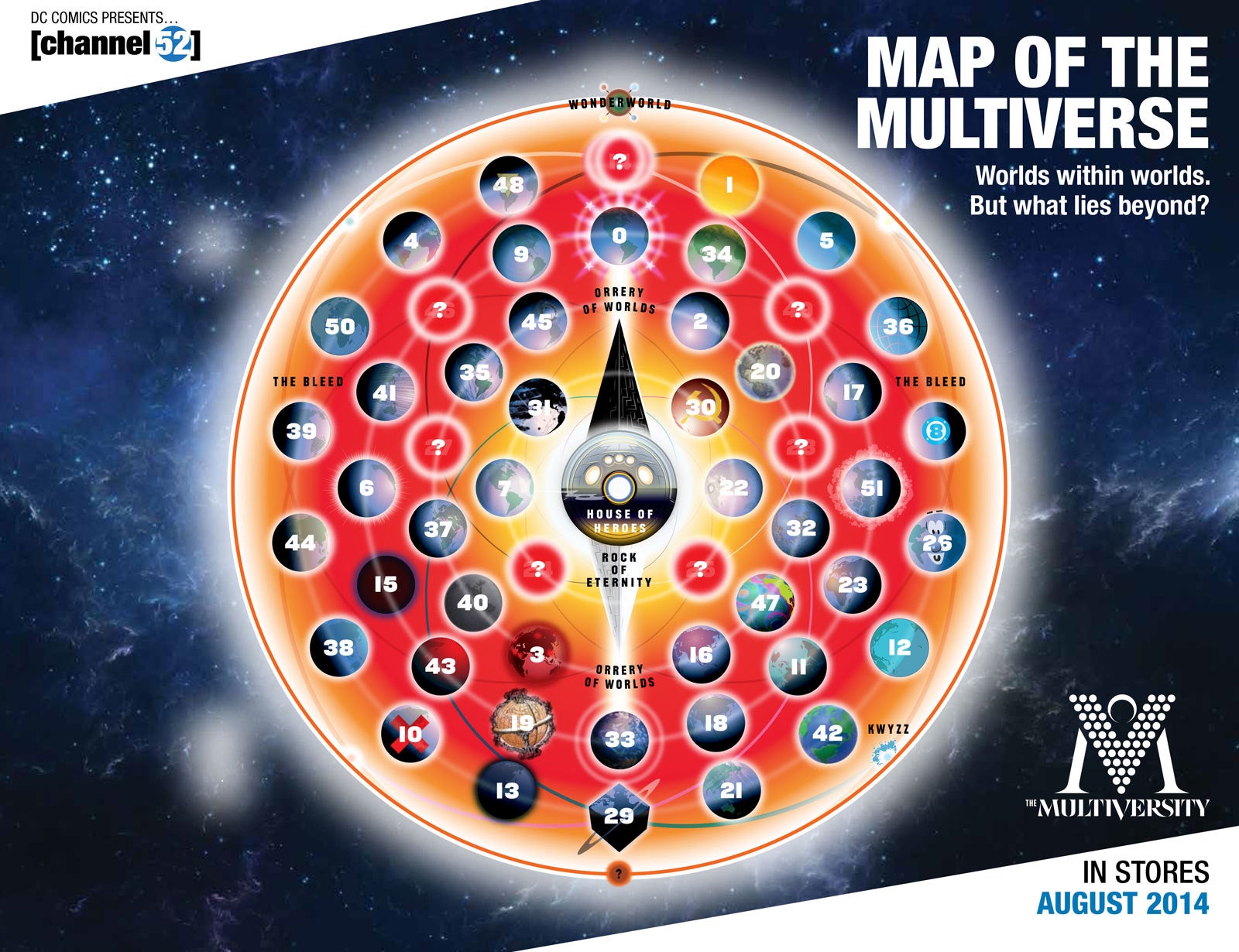 DC Comics and Grant Morrison today handed out a map of the Multiverse, presumably used as a reference for The Multiversity, Grant Morrison's upcoming, universe-hopping mega-crossover, at the panel for that series at Comic Con International: San Diego.

Touching on a breadth of content and worlds as diverse as Sandman and the New Gods, Morrison provides a look at the 52 worlds of DC's Multiverse as well as other realms like Hell, the Dreaming, New Genesis and Apokolips.

Also pictured: The Bleed (a WildStorm premise), The Orrery of Worlds (connected to The Monitors) and the Rock of Eternity (from Shazam!).

Check it out above or check out a full-sized version here to see if you can spot some of the stuff we haven't.