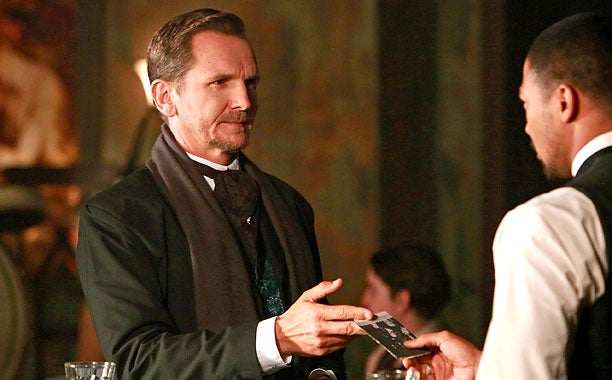 ABC has cast The Originals villain Sebastian Roche in Once Upon a Time, Entertainment Weekly reports.

Roche will play King Stefan, the father of Aurora (Sleeping Beauty) and presumably husband or ex-husband to Maleficent. The story says the pair have a "complicated past," so we'll go with ex.

Roche, who may only be on board for one episode, will appear in an episode in March, shortly after the series returns on March 1.

The second half of the season will introduce a number of high-profile guest stars including Merrin Dungey, Victoria Smurfit, Ernie Hudson, Eion Bailey and JoAnna Garcia Swisher -- many playing roles plucked from recognizable Disney films like 101 Dalmatians, Sleeping Beauty/Maleficent and The Little Mermaid.

Sebastian Roche Cast In Once Upon A Time