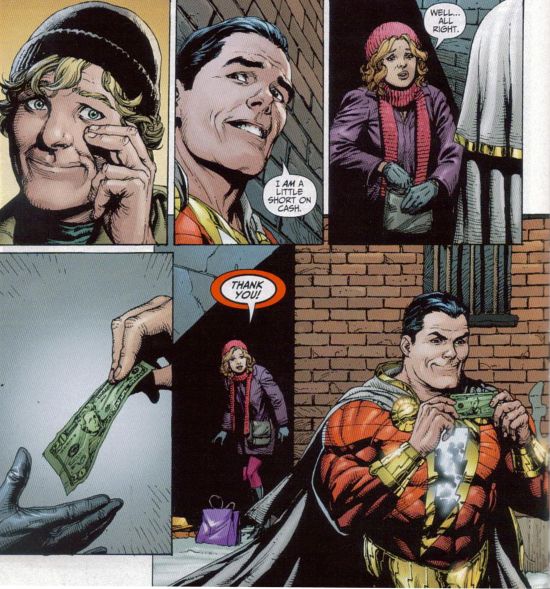 In Justice League #0, Shazam leaps from being a back-up story to being the main focus of the issue. While the fact that Billy Batson is now a brat in the New 52 has generated some controversy among fans of the character, Justice League #0 sets up what has to be one of the funniest scenes so far in a New 52 comic book After receiving the powers of Shazam, the new adult Billy Batson still behaves and acts just like a bratty kid. In one scene, he actually does something heroic and rescues a lady who is being mugged. When the lady asks how she can ever repay him, Shazam tells her that he's a little short of cash. The lady winds up giving Shazam a twenty dollar bill to thank him for saving her. Yes, Shazam gets paid for being a superhero. While I personally have mixed feelings about Billy Batson's new attitude, writer Geoff Johns has certainly made the character into a fun and entertaining read. Hopefully, DC Comics will spin Shazam off into its own title soon.