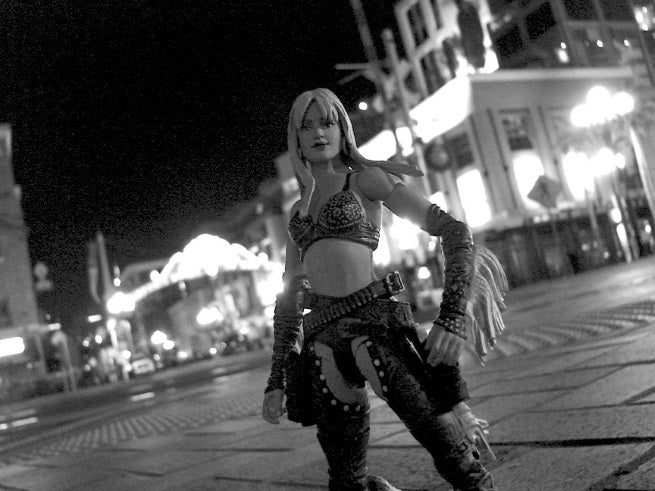 Timed just ahead of the release of Sin City: A Dame to Kill For in theaters August 22, the first assortment of Sin City Select action figures, based on the original 2005 film, is in stores now.

Captured in the film's trademark black-and-white, main characters Marv, Hartigan and Nancy each feature multiple points of articulation, multiple accessories and a detailed diorama base. 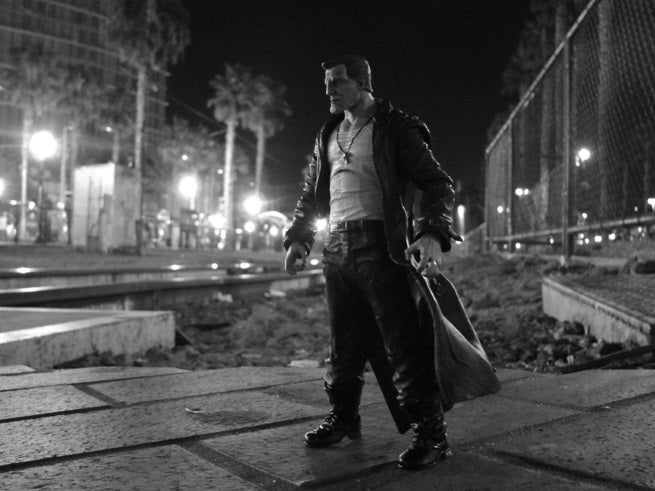 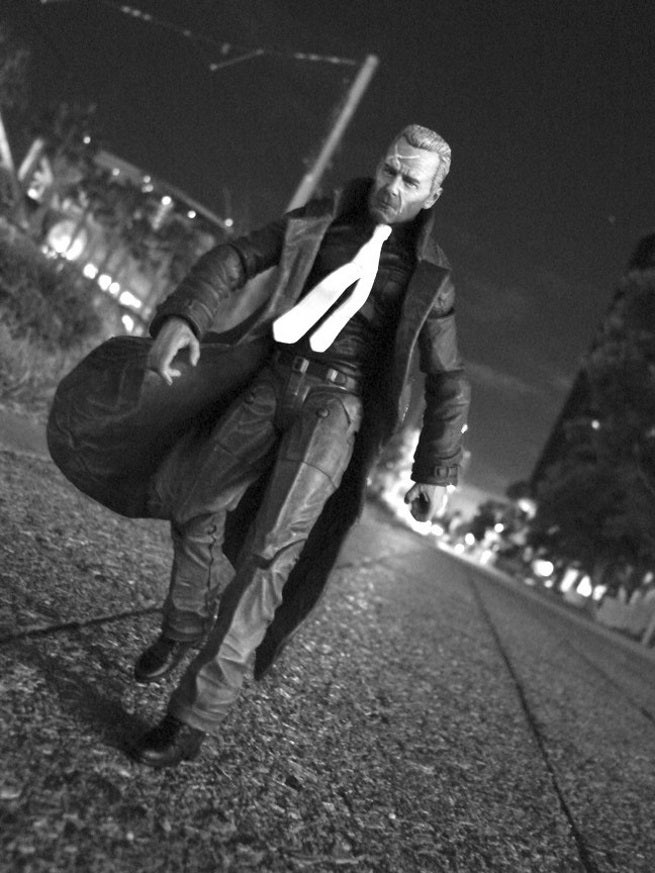 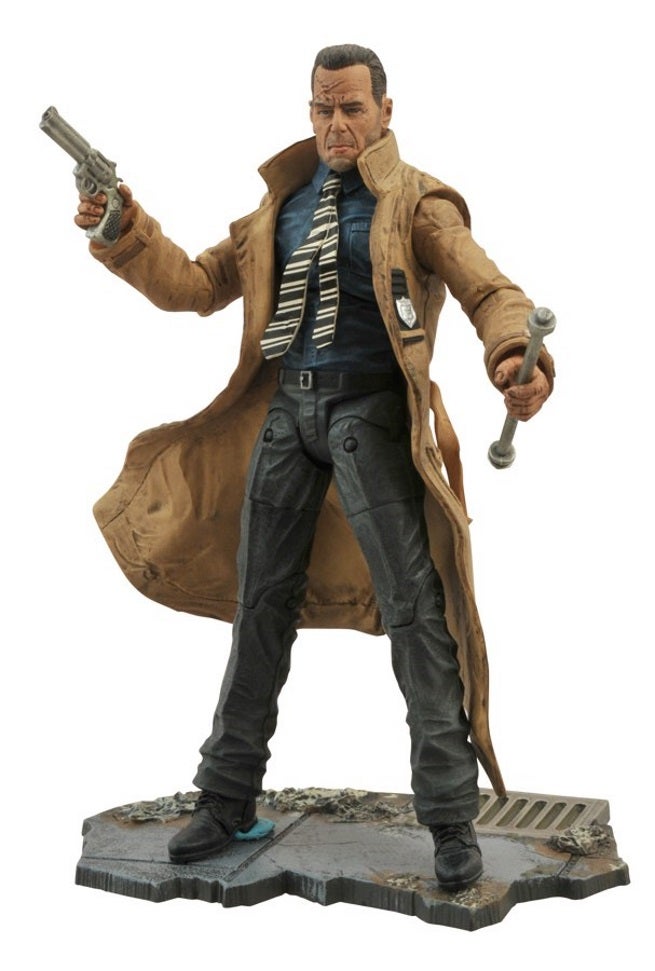 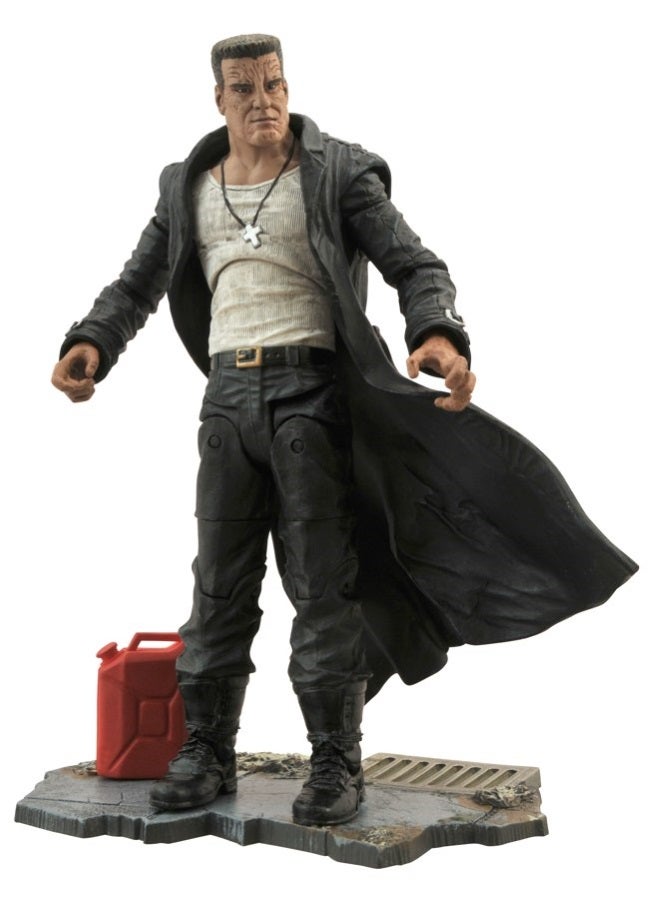 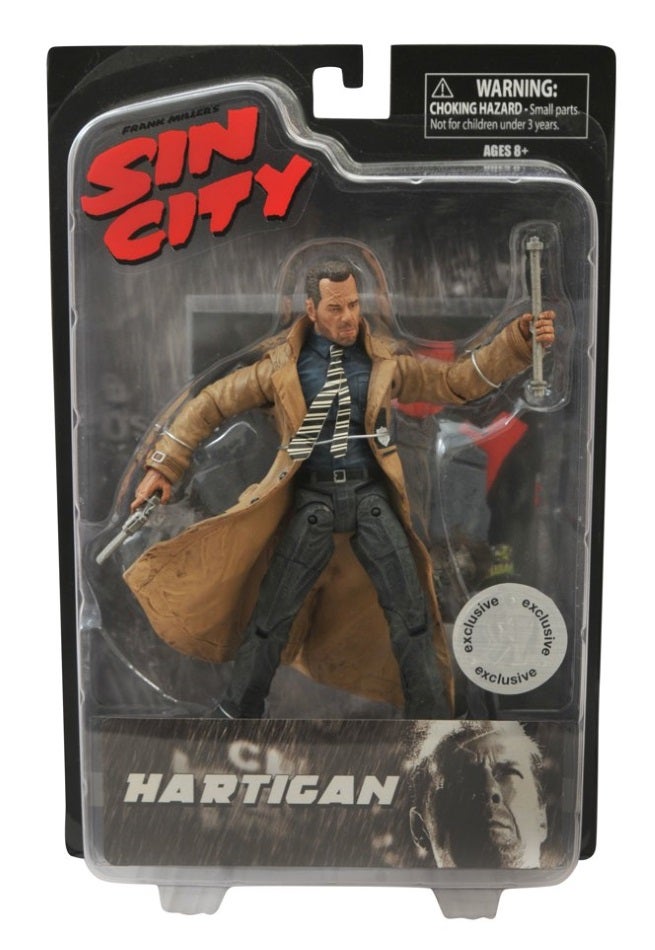 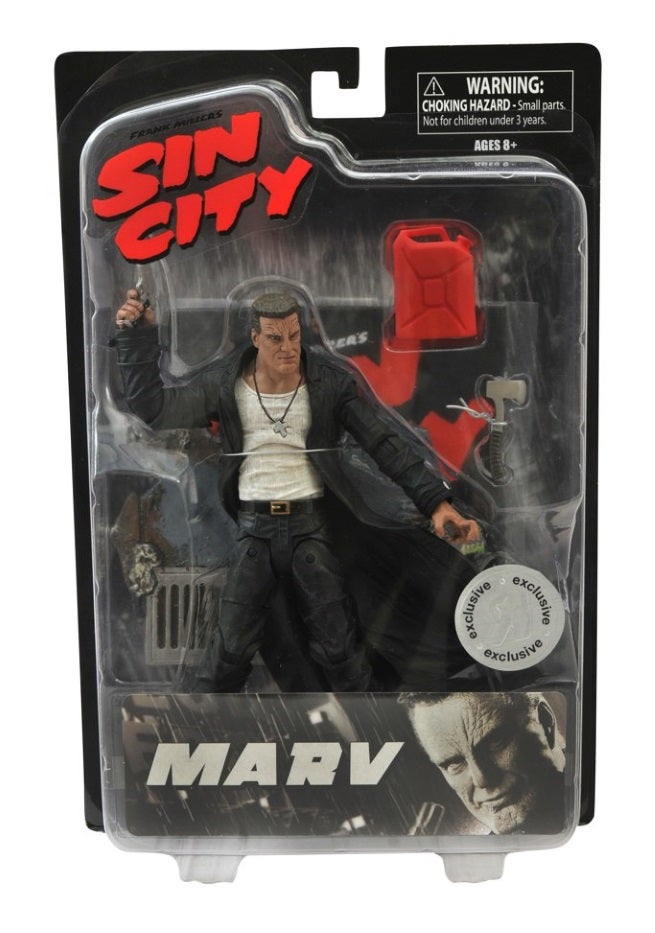 Both the black-and-white Select figures and color Toys "R" Us figures were sculpted by Jean St. Jean.

A full color Nancy figure is also on the way, as well as Sin City Select Series 2.