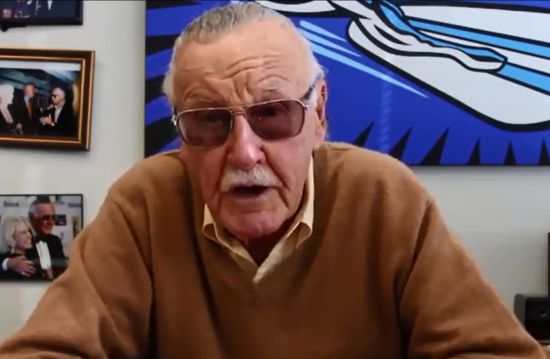 In a new TEDx video, Stan Lee, Chairman and Chief Creative Officer of POW! Entertainment talks about the Indian superhero Chakra: The Invincible and what makes a superhero. The video was initially aired at the 4th Annual TEDxGateway in Mumbai, India.

Chakra: The Invincible is a new animated series that recently launched on Cartoon Network India. The character was created by Stan Lee and POW! Entertainment, in partnership with director Sharad Devarajan and Graphic India. Chakra is the story of a 14-year old tech whiz, Raju Rai, who is given a technologically advanced suit that activates the chakras of the body. The boy genius uses his newly created suit to fight crime and injustice in the bustling city of Mumbai. The shows first hour long episode premiered on November 30th.

“It was an honor to present Chakra to the audience at TEDxGateway in Mumbai,” says Lee. “The incredible story is one of the most exciting I have ever created, and the Chakra character is sure to captivate audiences in India and around the world with his unique powers and daring adventures.”

“The early success of Chakra, and appearances at events such as TEDxGateway, have helped spur the growth of POW! Entertainment in India and around the world,” says Gill Champion, President and CEO of POW! Entertainment. “We are excited about the reception our latest projects have gotten from fans, and we are committed to continuing this growth in 2014 and bringing even more superheroes to the world.”