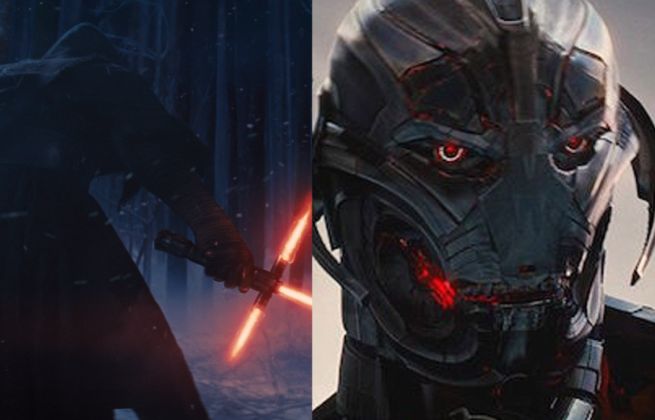 Ultron might trounce The Avengers next year, but he’ll be no match against the powers of the Force.

At least, that’s how it will likely shake out at the box office. A new poll from Fandango has revealed that moviegoers are anticipating Star Wars: The Force Awakens more than they are Avengers: Age of Ultron.

After polling 1,000 of its site-goers between December 22nd and December 29th, Fandango learned that Star Wars is the number-one choice for fans, while the Avengers sequel is only second. It’s not terribly surprising, as Star Wars’ official teaser trailer currently has 51.5 million YouTube views in just over a month, while Avengers: Age of Ultron has taken 62.4 million since October 22nd. Either way, Disney must be excited.

Rounding out the top five list includes The Hunger Games: Mockingjay—Part 2 as the third most anticipated, Fifty Shades of Grey as the fourth, and Jurassic World as the fifth. 2015 is going to be a competitive year at the box office, with venerable franchises like James Bond, Mission: Impossible, Fast & The Furious, and Peter Pan all receiving new installments.

But, leave it to Iron Man to save the Avengers’ bacon once again, as Robert Downey Jr. polled as moviegoers’ favorite actor for 2015. Coming in at number two was his Age of Ultron costar Chris Hemsworth, whose return as Thor has plenty of fans chomping at the bit. No veteran actors from Star Wars: The Force Awakens were on the list, but Daisy Ridley and John Boyega made the cut as two of the biggest breakout stars for 2015.

Star Wars Is more Anticipated Than Avengers: Age Of Ultron