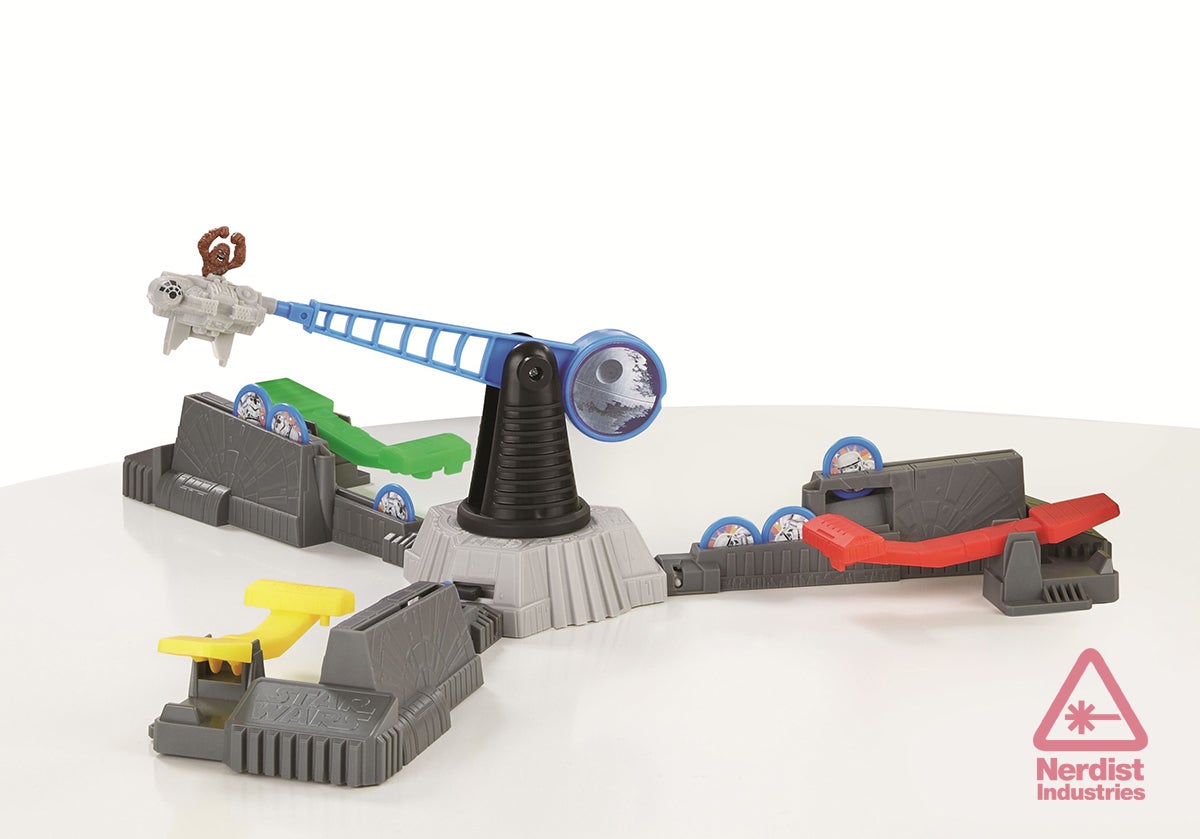 Pack your Playstations away, as Hasbro has announced Star Wars Loopin' Chewie, a new multi-player game that will enchant four-year olds and inner four-year olds alike. Borrowing from the Loopin' Louie game concept, players will swing the lovable Wookie around in an effort to hit Stormtroopers. As the Stromtroopers also try knocking Chewie and his Millennium Falcon into the next star system, it will be up to the players to move Chewie out of harm's way with the game's looping mechanism.

The best thing to hit toy shelves since Operation! Star Wars Edition arrives this September for $24.99. With anticipation for Star Wars: The Force Awakens hitting a fever pitch by that point, we doubt that even the power of the Force will keep stores stocked with this game. 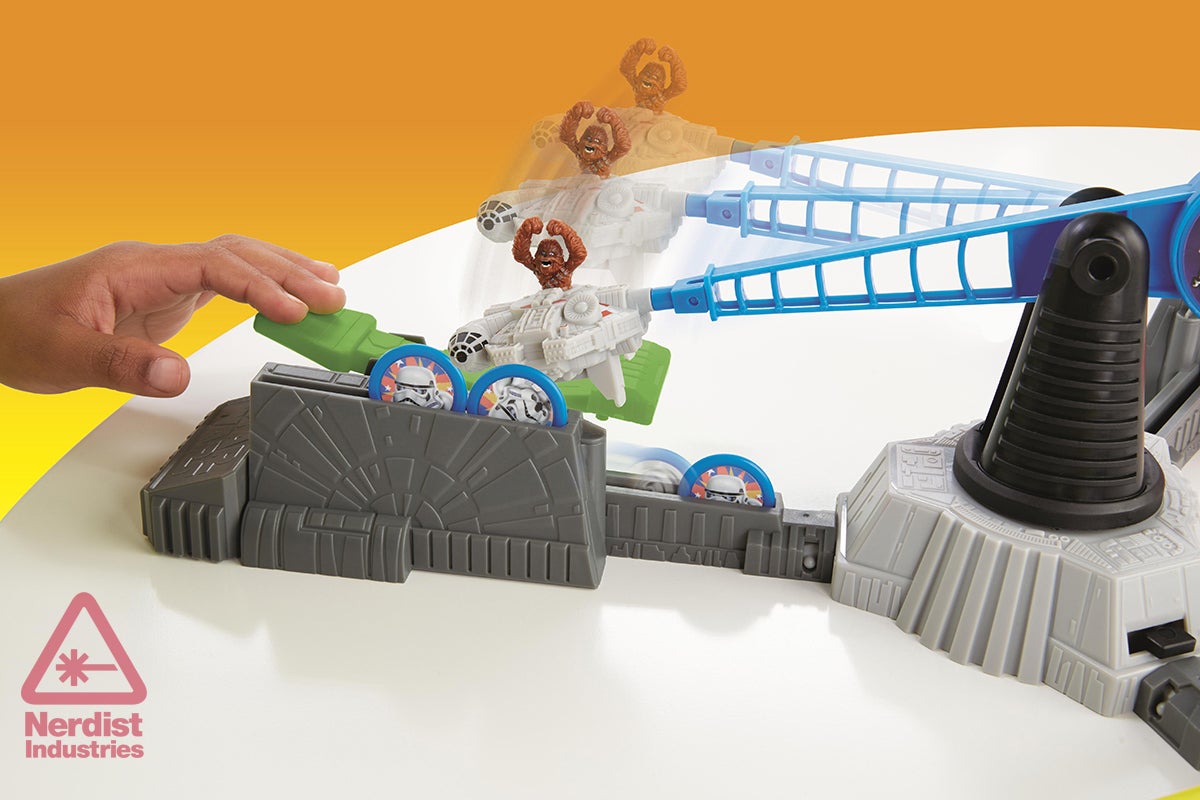