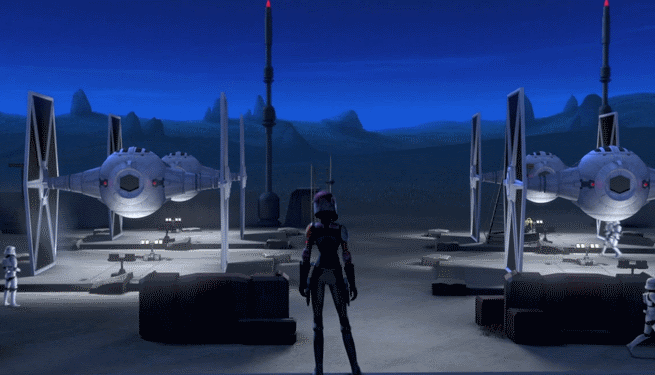 A new short clip for Star Wars Rebels has been released online (via USA Today).

The clip shows Sabine, the Mandolorian member of The Ghost's crew, sneaking into an imperial airbase to tag the wing of TIE fighter.

Star Wars Rebels will premiere with a one hour special on The Disney Channel in October, and then continue as a series on Disney XD.