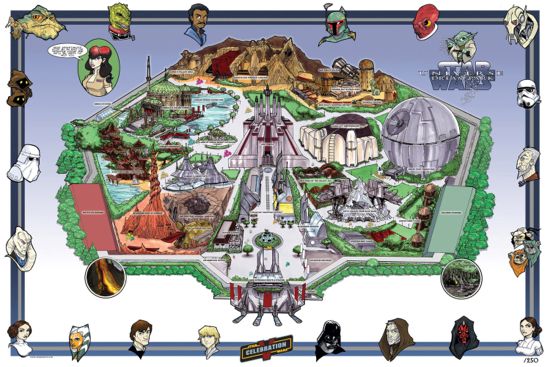 With Disney buying Lucasfilm and thus Star Wars, one had to suspect it would only be a matter of time before talk of a Star Wars theme park started to surface. Because of a pre-existing Lucasfilm deal with Disney, Star Wars is already incorporated in some of the existing Disney theme parks.

In the conference call to announce the Lucasfilm acquisition, Disney CEO Bob Iger also indicated that there would be more Star Wars expansion coming to their theme parks. But what about a stand-alone Star Wars theme park?

Back in June of this year, Disney opened Cars Land as part of the Disney California Adventure Park. Cars Land has been a huge success for Disney, so one would think that a similar plan might be in the works for Star Wars. When Disney acquired Marvel Comics, a pre-existing deal between Marvel and Universal Studios has limited what Disney can do with Marvel characters in their theme parks.

Fortunately for Disney, there is no such limitation with Star Wars. While there has been no official announcement of a Star Wars theme park, a concept map drawing for a Star Wars Universe Dream Park Park that artist Tom Hodges did for Star Wars Celebration V has been circulating online. Hodges based the drawing off an old 1966 Disneyland Map.

What do you think? Would you like to see a Star Wars theme park from Disney? 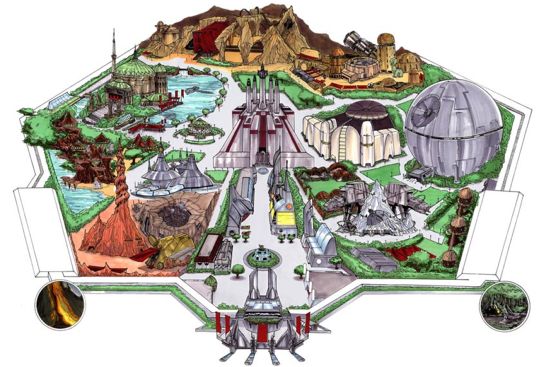